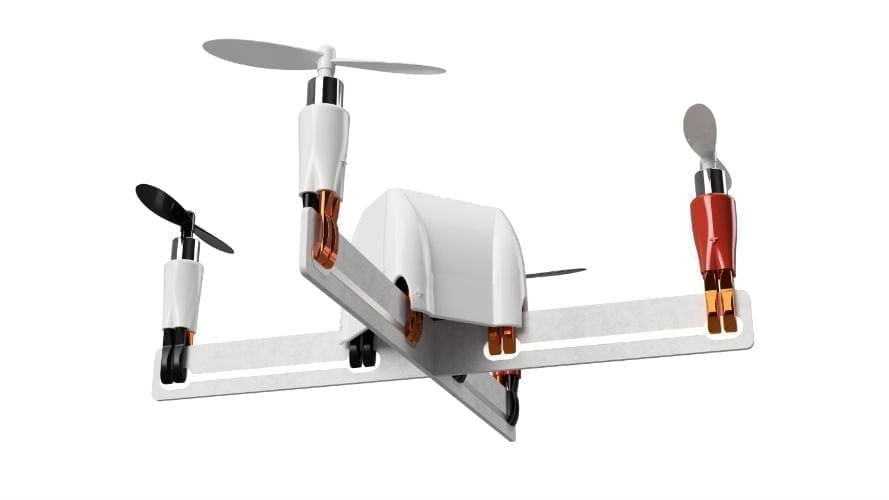 While they were considered to be more futuristic technology than an approachable STEM project, drones are now more accessible than ever. This is thanks to innovative companies such as Circuit Scribe, who have created DIY drone kits that are fun to play with and entertaining to assemble. After all, taking to the skies with a drone you’ve built yourself is much more satisfying than simply taking a toy out of a box.

The basic idea for Circuit Scribe’s drones came from combining rotors, cardboard arms, and a battery to make a functioning drone. Interestingly, it took quite a few different prototypes before the team got it completely right, as it all started with a 3D-printed model and a standard RC controller. However, before long, Circuit Scribe finalized their design, complete with sleek materials and a smartphone application for control.

The drones themselves originated from a successful Kickstarter campaign, in which Circuit Scribe raised a whopping $98,210 (more than $300 over their goal) to bring the concept to fruition. The resulting DIY Drone Kit comes with four motors, cardboard arms, a hub, a smartphone app for control, and, most importantly, a Circuit Scribe pen. This success allowed the company to move forward with their mission to make drone kits more accessible (and fun) for young STEM enthusiasts to put together.

And, even beyond the world of drones, it’s easy to see that Circuit Scribe has already made quite a splash when it comes to the world of DIY STEM projects. This was especially notable when, just this April, Hall of Fame quarterback Troy Aikman took time to help some Dallas-area 8th graders work on their own Circuit Scribe projects.

The Circuit Scribe DIY Drone Kit is available on their website as well as the official Kickstarter page. Additionally, make sure to check out the official CircuitScribe YouTube channel for more information on their innovative electronic kits.