Online avenues such as the Nintendo eShop and Steam allow for countless unique experiences. In the past, I’ve gotten to play such unique games as Shantae: Half-Genie Hero and Untitled Goose Game. Let’s just say that this has definitely given me an appetite for indie games, which has led me on a quest across the online indie gaming world. And hey, speaking of quests and indie games, how about we take a look at Cat Quest II, an action-packed experience that’s both addictive and adorable? 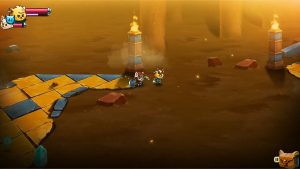 Cat Quest II is an ideal mixture of different gameplay styles. On one hand, it has a semi-top down view, making it kind of like playing one of the early Zelda games from a different angle. Additionally, it has elements of a beat-em-up like Streets of Rage or the classic arcade Ninja Turtles games. But, y’know, without the constant drain of quarters.

What Sets It Apart?

However, Cat Quest II isn’t just a generic arcade action game. The adventure also has plenty of RPG elements, such as the ability to level up, purchase better items, and even improve your magic spells. The co-op of the game is also brilliantly executed, where you can even get a semi-co-op experience if you’re playing it alone and friendless. …Like I did. There’s also a good amount of strategy involved, as some enemies can only be damaged by magic, something I wish I had known before trying to defeat the rock monster with just my sword. Sorry for getting so specific, just airing out some personal issues.

I have always had a soft spot for humor in games, be it from the tongue-in-cheek nature of the Mario & Luigi series to the unforgettable humor found in Grand Theft Auto games. Especially Big Smoke’s fast food order from San Andres, which I’ve probably been able to recite since I was twelve. Cat Quest II definitely has a “pun humor” quality to it, filled with just some of the following references: Meowjestie, purrlease, purrsecution, headpawters, and the catpital. I could go on, but it would fill up this entire review. 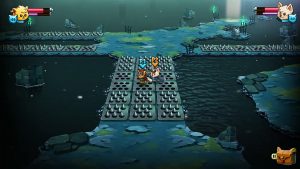 If you’re looking for a cat-free adventure with no sword-swinging action or pun-fueled humor, Cat Quest II is not for you. But, since most people enjoy those things, I’d say this game is for you. While it’s more of a pick up and play game rather than something you’ll be experiencing nonstop after download, that’s how I personally like my downloaded titles.

Anthony Elio is the Assistant Editor for Innovation & Tech Today. Outside of writing, he is a drummer, podcast host, sandwich enthusiast, and amateur self-describer.