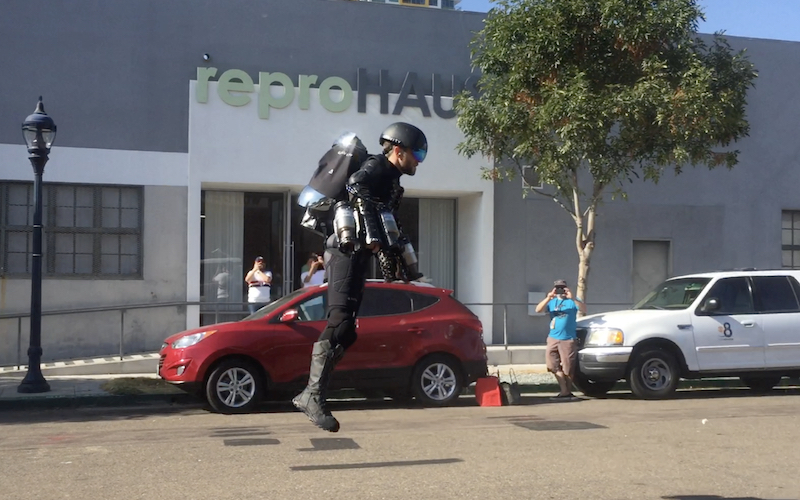 Innovation, the Climate, and a Bias for Action

At first glance, there doesn’t appear to be much in common between Richard Browning, a former British military man with a background in oil trading, and Lisa Fetterman, a journalism major with a passion for the culinary arts. Upon closer inspection, you quickly learn they are both successful inventors and entrepreneurs. Browning created a jet engine-powered exosuit (think Marvel’s Iron Man) and Fetterman is the originator of the first home sous vide immersion circulator machine.

We interviewed them recently at separate Dent gatherings, and learned of another significant similarity. Each has the key trait that Tom Peters and Robert Waterman refer to as “a bias for action.” In their best-selling book In Search of Excellence, Peters and Waterman ranked this attribute as number one out of their eight sought-after excellence factors. Today, industry-leading companies like Amazon and Facebook formally list a bias for action as something they seek to foster in employees.

For Fetterman and Browning, this trait manifested in the same way – a trip to the hardware store. When each conceived of the most basic notion of their respective inventions, both immediately went and purchased off-the-shelf parts that would allow them to build extremely rough (albeit nonfunctional) prototypes. For them, the plan was to build first, blueprint later.

We recently co-organized a salon dinner in Washington, D.C., that included two dozen leaders from a variety of industries. Participants ranged from astronauts to senators, marine biologists to venture capitalists. The theme for the dinner was how the oceans are both affected by, and can serve as a potential realm for mitigating, climate change.

Given the frustrations many feel regarding the inability for countries across the globe to execute on a common carbon plan, and the violent response we’ve seen from thousands of people in France in response to carbon taxes, much of the conversation at the dinner revolved around CO2 mitigation and geoengineering. Several participants strongly believe that we can’t wait much longer, that it’s time to act. Besides, the barriers to employing these alternative types of solutions are relatively low.

At the dinner we discussed the efforts of Harvard professor David Keith. Keith is pursuing a controversial yet inexpensive idea of stratospheric injection. The notion is that high-altitude balloons could spray small amounts of particulates such as calcium carbonate into the air, and the reflective nature of the spray would have a net cooling effect on the earth. The first phase of a practical test involving balloons could launch as early as this year, and for a cost much less than that of hosting a typical climate conference.

Of course, while building a mitigating solution instead of blueprinting legislation at a conference sounds like the perfect next step, there’s much to be wary of when experimenting with the climate, and many feel it’s not worth the risk. The question is, will we hit a point where policy-makers and the populace get tired of waiting for action and independently pursue mitigation activities at scale? Seemingly, we are getting closer and closer to independent action.