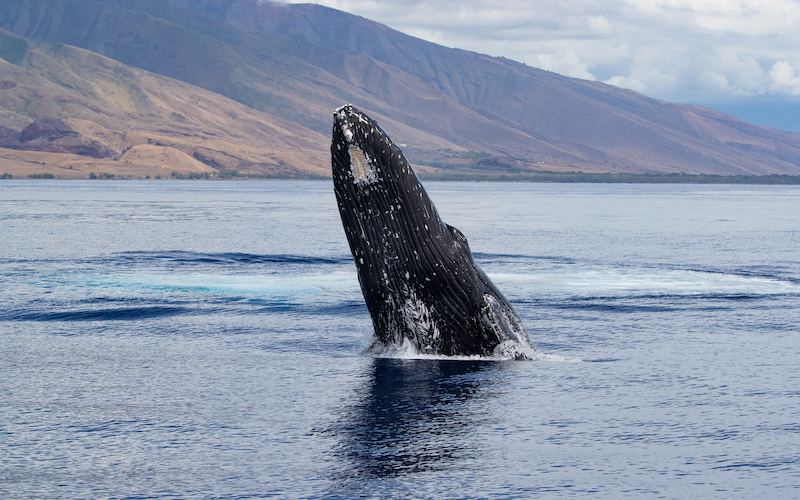 For Earth Day 2020, Brian Skerry followed a baby humpback whale and its mother in the oceans of Maui. The world-renowned National Geographic Explorer and photojournalist has spent more than 10,000 hours underwater over his lifetime, photographing the mysteries of the ocean, so it’s not surprising he was chosen for this endeavor for National Geographic’s Earth Day celebration, Born Wild: The Next Generation. 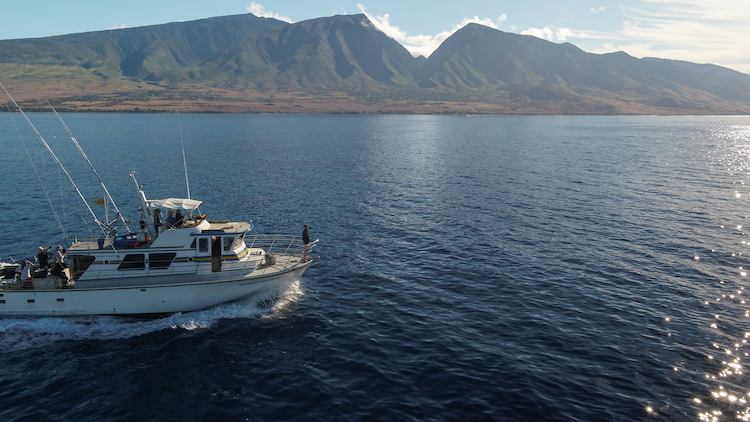 Innovation & Tech Today: What’s it like having the coolest job in the world?

Brian Skerry: It is pretty darn cool, but it’s not as sexy as everybody thinks. There’s a lot of problems out there and a lot of time away from home. I’ve been working for National Geographic about 22 years. I’m away about eight months a year and I’ve got a wife and family at home. So it comes with a price, but I’m not going to complain. I come from a little textile mill town in New England. I used to work in those mills in high school and I could have easily gone that route, which would have been fine. But I had a big dream and I was blessed to have my dream come true. No complaints and you won’t hear me whining about it. It’s all great.

I&T Today: What was your inspiration?

Brian Skerry: That’s a great question. I was always fascinated with adventure as a young kid, growing up in that little town in Massachusetts. But I would have to say that it was a combination of those old Cousteau documentaries and reading National Geographic. I mean I used to devour the old ones about ocean exploration. I used to want to be an astronaut and scientist and I think had I been a little bit better at math, maybe I would’ve been, but I went the journalism route and I was looking at other scientists, explorers at adventures that really spoke to my soul.

I&T Today: That’s crazy, because the kids today, they say as a culture you get what you celebrate. I have an eight-year-old daughter and she loves animals. She loves Dolphin Tale. The edutainment, I think, is really important.

Brian Skerry: Couldn’t agree more. I was a kid that grew up watching TV and looking at magazines and books, and it was those programs and those things that I read that made me want to do what I do today.

I&T Today: Given how dire climate change has become, are you increasing your focus on the relationship between man and nature and what areas are we emphasizing?

Brian Skerry: I can say in my own work, as a National Geographic photojournalist, I’ve sort of come to that organically. I mean, I didn’t start out wanting to do conservation stories. I just wanted to photograph cool subjects, sharks and whales and things. But I began to see a lot of problems occurring in the world’s oceans, things that I didn’t believe were evident to most people. And I felt I had this unique platform and sense of responsibility to tell those stories. So my work evolved to doing a lot of conservation stories, but also looking at solutions. I think if there’s no solution, there’s not much point.

I&T Today: It can be depressing.

Brian Skerry: Very right. So with [Born Wild], I think we have a unique opportunity for a number of reasons. A) We’ve got a series of really interesting explorers and scientists working with baby animals, juvenile animals, which speaks to the future of this planet, our own struggles, and these animals’ 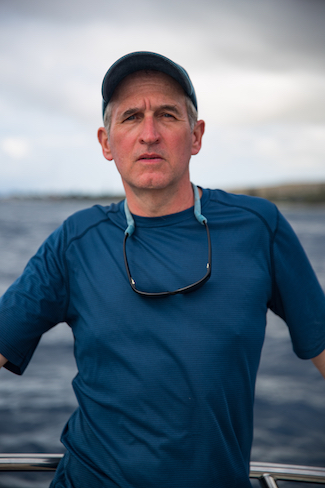 struggles in the decades or years ahead. I think we have the unique opportunity to broaden this message through National Geographic, Disney, ABC.

It’s going to be a balance of getting people to fall in love with the planet again, but also being sober about the challenges that we face.

We’re reaching an audience that I don’t always normally reach, so that’s exciting as a storyteller, but I think it’s going to be a balance of getting people to fall in love with the planet again, but also being sober about the challenges that we face. It’s great to look at a baby humpback whale with its mom and see these tender moments, but what are the years ahead going to look like for that whale? Climate change is affecting the prey that they eat, the temperature of the ocean, the chemistry of the ocean, the acidic nature of it – it’s absorbing carbon and gives us back more oxygen, but it’s becoming a saturated sponge. So how does that directly relate to our own life?

Every other breath that we take comes from the ocean. So if the ocean is healthy, our planet is going to be healthy. We need to create more marine protected areas, that climate stability depends on marine protection; those two are very much related. So I think we’re not going to beat people over the head with bad news. This is a time to celebrate Earth Day. Earth day today means something very different than it did 50 years ago when it started. I think back then it was about celebrating the planet and how great it is and how wonderful it is. And yes, we understood a little bit about conservation maybe, but we have much more information today. And I believe that we’re living at a pivotal moment in history where…

Brian Skerry: Well, there’s urgency, but maybe for the first time we actually understand both the problems and the solutions. Previous generations, I don’t think fully grasped the seriousness of what we were doing or how to fix it, but we have that information today largely. And it’s a question of what are we going to do with it? Are we going to bear witness to the destruction or are we going to protect what we love? I think it will be the latter. I’m optimistic, cautiously, but I think that we need those good stories and we need visuals and we need inspiration for young people and old people alike to remember why this place is special and what we need to do to protect it.

Brian Skerry: There’s so many. I often think of my career as a long stream of extraordinary wildlife encounters under water. But I’m just coming off this three year project about whales and it’s going to be a TV series on the Nat Geo channel called Planet of the Whales, and I’m doing a magazine story, and a book and a museum exhibit. I proposed it based on whale culture. And what that means is some of the greatest science that’s being published today about whales is looking at these complex family structures and behaviors. They do things like us: they have singing competitions; they have languages that they isolate by dialects; they have feeding strategies; they have parenting techniques.

So in the last three years I’ve worked with sperm whales, humpbacks, belugas, narwhals, and orca and I have seen these things. I’ve seen when a mother’s sperm whale is down feeding, she and her little family group has a dedicated babysitter, another adult female. I’ve listened to their dialects in the Caribbean and I’ve listened to them in Sri Lanka and they’re vastly different and they don’t mingle based on their languages.

It’s like humans. I’ve seen orcas in New Zealand in a meter of water feeding on sting rays and I’ve seen orca in the Falkland Islands off of Argentina, feeding on elephant seal pups. This is culture. Scientists that I work with says that behavior is what we do. Culture is how we do it. So humans eat with utensils, but Asian cultures use chopsticks and Western cultures use knives and forks. So how animal cultures do things is very important as well. And for me that’s a game changer because no longer is biodiversity just about how many of a given species, it’s how many unique cultures. And those behaviors that I’ve witnessed through the lens of culture in just the last few weeks even, to me has been extraordinary because now my brain is seeing it in a new way and I realize that they’re not that different than us and we share this planet with other complex animals, with personalities who care about their families. 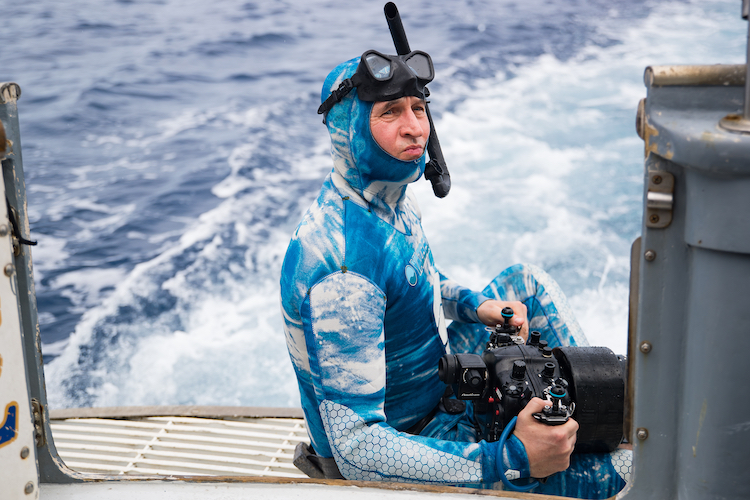 I&T Today: Do you think it’s possible that these animal-based stories can get people engaged in climate change? Everybody loves animals. You see a koala bear on fire and all of a sudden–

I&T Today: But if a scientist says the planet’s going to go up 1.5 degrees, it’s too remote. It’s not personal enough.

Brian Skerry: I think you make an excellent point. People do relate emotionally, viscerally to animal stories, young animals, obviously even more so. Having that component within this Earth Day special, I think is going to be really important because, you know, whatever it takes to get people engaged, but then we can talk about the real science as well, but how it relates to those animals and to ourselves. I think for a long time we’ve seen ourselves apart from nature or above it and not connected to it. And yet we are directly connected to it. So what happens to those baby animals is going to happen to us. So having that as the entry point to understand these things a little bit more fully, I think is a great way to do it.

I&T Today: Are you confident in the younger generation?

Brian Skerry: I do, I’m very inspired. I just did a speaking engagement in South Carolina to 1,800 high school students, and they do instantly get it. Their questions are great. They’re brilliant, they grasp the situations. My only fear is that we have a lot of answering to do in our generations for why we let things get so out of hand. But I just hope that we get control of these things now, do the best we can to give them a better chance at continuing that progress. The decisions we make today are going to dictate our future and our children’s future. So it’s not too late. There’s still reason to be hopeful, but that window is closing and we don’t have a lot of time in my estimation. So let’s get it right, let’s use this opportunity to hand our children something good and let them continue to prosper and the planet can thrive again. It knows how to take care of itself, but we got to give it a chance.