Are Brands Making Moral Statements Our Country’s Leaders Refuse to Take a Stand On?

Marketing is the business of calculated risks. A campaign needs to be impactful, familiar yet new, and it needs to get people talking about the brand. Of late, the most effective way to accomplish those goals is through “woke” advertising, a trend that capitalizes on popular social movements to sell products to a younger and more socially aware demographic. The only problem with embracing the counterculture? Brands run the risk of alienating the culture they’re rallying against.

In 2019, Anheuser-Busch made some bold moves. The beverage giant spent upwards of $50 million advertising their different brands during Super Bowl LIII. One ad for Budweiser featured the company’s iconic Clydesdale horses hauling a wooden wagon through rolling wheat fields while Bob Dylan’s “Blowing in the Wind” played in the background. 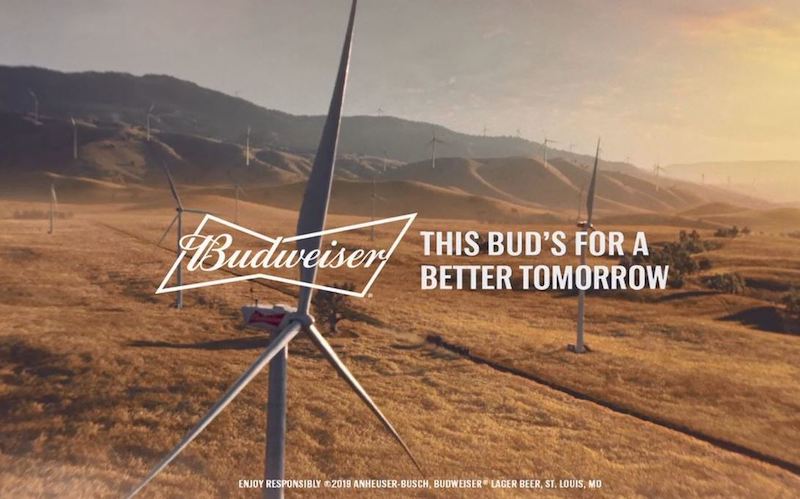 “This Bud’s for a better tomorrow,” the slogan of Budweiser’s recent sustainability campaign. (Courtesy of Budweiser)

The song seems to ask us when things will change for the better, before the commercial implies that the change has already begun. As the view widens, we see the wheat field is also a wind farm, with towering turbines gently blowing in the breeze. It’s a lovely scene juxtaposing an iconic brand against a modern backdrop.

It sounds like a great decision from a public relations standpoint: the brand supports environmental awareness. Conversely, the brand does not support coal or oil energy production, which could alienate consumers in areas that rely on those industries to fuel their economy.

What if you’re a corn farmer and your favorite brand of beer boasts they’re no longer using corn syrup to brew their beverages? (Another Anheuser-Busch marketing move.) With so much room for controversy, why are companies willing to make these risky decisions?

It’s part of a marketing tactic in which socially aware brands align their ideals with those of their “woke” customers (those who are more social-justice oriented). In a broader sense, it’s corporate sustainability. Companies have to use their resources more effectively to ensure there’s a future for their consumers, and more so, they need to ensure the company still exists to capitalize on that future. They’re using controversy to create conversations, build brand awareness, and illicit favor with younger demographics so they can stay in business.

Related: Tech Giants Tackle Corporate Social Responsibility – and You Can Too

In 2018, Nike partnered with Colin Kaepernick to celebrate the thirtieth anniversary of their “Just Do It” campaign. NFL quarterback Kaepernick is best known for refusing to stand during the national anthem as a show of solidarity with oppressed African American communities.

“Believe in something, even if it means sacrificing everything,” Kaepernick implores during one of his Nike commercials. The young athlete lost endorsements over his political statement and has accused NFL owners of colluding to keep him from being signed to a new team after his contract with the San Francisco 49ers ended in 2016.

The NFL won’t touch him, yet Nike, a brand with huge ties to commercial sports, is willing to make him their spokesperson. It’s not Nike’s unending commitment to social justice that spurred the partnership, but rather a well-curated marketing campaign targeting their changing demographic. Not only is Nike’s audience more racially diverse than it used to be, it’s younger than it once was. Two in three Nike customers are under 35 years old, according to sports industry analyst Matt Powell.

It’s a move that’s paid off. Nike reported an immediate increase in sales after their campaign with Kaepernick. They released their “icon” jersey with Kaepernick’s name emblazoned on the back on February 20th. Ten short hours later, the jerseys sold out.

Appealing to the next generation, known as Gen Z, is a smart move for advertisers. Those born after 1996 account for 61 million people, almost two-thirds the size of the baby-boomer population. Perhaps that knowledge also accounts for Gillette’s foray into controversial marketing, with the release of their online ad addressing toxic masculinity. 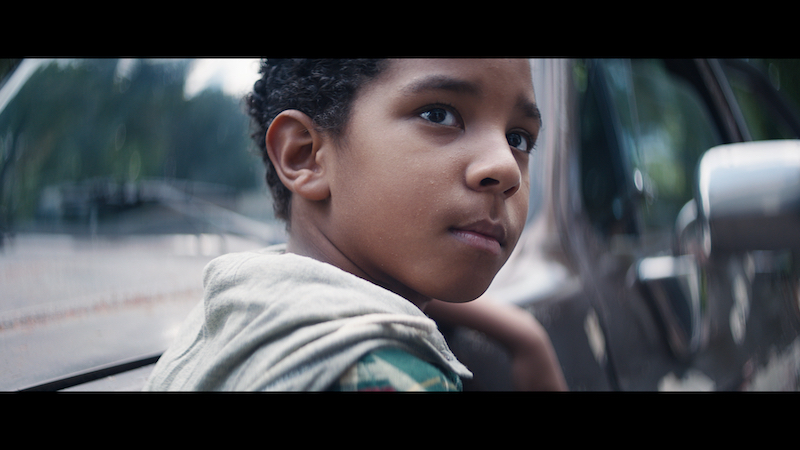 The two-minute commercial sparked considerable outrage from the online community, with many deeming it intentionally inflammatory and accusing it of piggybacking on the “man-bashing” #metoo movement to gain market share.

The ad depicts news anchors denouncing sexual harassment and juxtaposes those voices against examples of sexism in mainstream entertainment, acknowledging the culture of misogyny that continues to shape our views on gender. By recognizing that gender norms aren’t the “norm” anymore, the company shines a spotlight on its own sexist past.

In a statement on the company website, Gillette said of the advertisement: “It’s time we acknowledge that brands, like ours, play a role in influencing culture.”

The company’s statement offers a glimmer of hope that beyond the lucrative nature of the ad is some semblance of self reflection. The brand which became famous for its “The Best a Man Can Get” campaign may have realized cultural attitudes about masculinity are shifting and to stay relevant they would have to change as well.

Gillette, for the first time in its 118-year history, will focus on removing sexist ideals from its marketing. They’re also asking men, collectively, to be more thoughtful about the decisions they make and the way they interact with the world and with each other.

“As a company that encourages men to be their best, we have a responsibility to make sure we are promoting positive, attainable, inclusive, and healthy versions of what it means to be a man,” noted the company on their updated website.

Are these social-justice themed advertisements meant to make a buck or change the world? Maybe a bit of both. These ads are starting conversations. They’re conversations that children will hear their parents having. They’re conversations that children will have themselves, on playgrounds and around lunch tables. It’s phenomenal branding, but it’s also part of a deeper movement. Are brands stepping up to make the moral statements that our country’s leaders refuse to take a stand on?

Let’s talk about Levi-Strauss & Co. In September of 2018, the company announced they would partner with Everytown for Gun Safety in support of gun violence prevention. Translation (for some)? “Levi is anti-gun and anti-second amendment!” This despite their CEO being a former U.S. Army Officer who advocates responsible gun ownership. His support of criminal background checks on gun sales resulted in a serious backlash from gun enthusiasts.

But, that’s okay, because those people were not the company’s target demographic; it was the millions of young people participating in March for Our Lives. Levi-Strauss is targeting the kids who faced a record number of gun-related violent attacks in 2018, with incidents in the U.S. occurring, on average, once every eight school days.

Levi rightly assumes that young people who are dealing with the horrors of lax gun laws will soon have the power to vote and the power to buy. And who will earn their hard-earned dollars? Maybe the company that was openly sympathetic to, and engaged with, their cause. Not only does the campaign illicit more discussion around the topic, it strikes an emotional chord for people involved in the debate. Any successful marketer will tell you, rule number one for resonating with your consumers is creating an emotional connection.

The young, racially-diverse, well-educated people listening to these conversations will shape the world with their buying decisions and with their ideals. It’s up to companies to decide whether they will be a part of that conversation or remain in silent ambiguity. And if they choose to remain silent, they may not remain for much longer.

Are Brands Making Moral Statements Our Country’s Leaders Refuse to Take a Stand On?