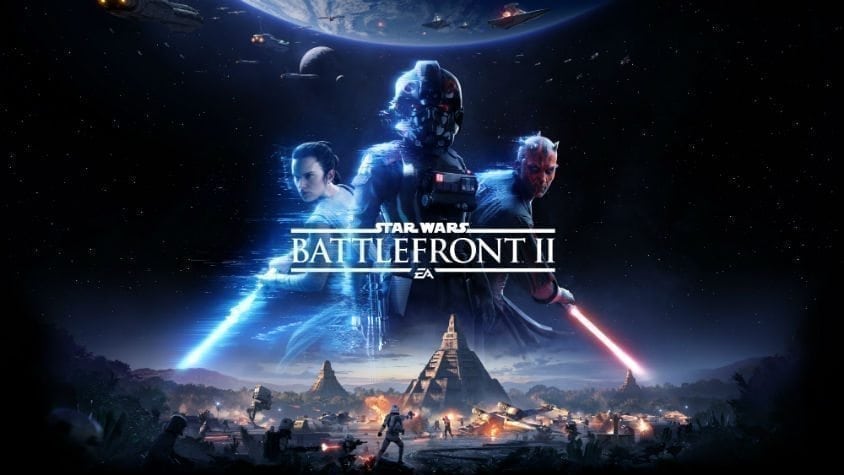 The Force remains strong at Electronic Arts. The game company continues to develop brand new adventures in the official Star Wars canon through its licensing agreement with Disney-owned Lucasfilm. The latest game, Star Wars Battlefront 2, will ship Nov. 17 for PC, PlayStation 4, and Xbox One, and introduce a full single-player campaign (something the original game skipped). 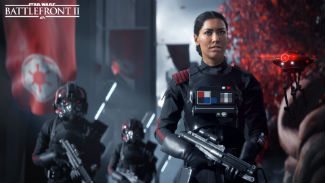 That storyline will feature performance capture from Hollywood actress Janina Gavankar as Iden Versio, the leader of Inferno Squad, an elite special forces unit of the Galactic Empire. That’s right. This female hero will be fighting against the Rebel Alliance. The story picks up at the conclusion of The Return of the Jedi, where the destruction of Death Star II and the death of the Emperor drive Versio on a quest for revenge.

Mark Thompson, game director at Motive Studios, said the idea to focus on a female commander in the Empire originated around the concept of these new special forces soldiers called Inferno Squad. They’re the best of the best, fighters who are as skilled in a TIE Fighter as they are inspiring troops in ground combat.

“In our partnership with EA we’re always trying to find engaging narratives that still have compelling gameplay elements, and when Mark and the Motive team pitched us this story we realized this was a rich opportunity to explore that timeline from a different perspective,” Steve Blank, creative executive at Lucasfilm, said.

Of course, this opens up cool gameplay for the player. Thompson said Versio’s elite stormtrooper has access to brand new gadgets, technology, and weapons, including a small battle droid that will be a big part of the moment-to-moment gameplay experience.

While Versio doesn’t have access to The Force, players will be able to take control of both Kylo Ren and Luke Skywalker in the game. Since Star Wars films have always incorporated both perspectives from the Empire and the Rebellion, this new story will feature several playable hero characters.

Those who want to fully embrace the Light Side can also play the game’s 40-player battlegrounds and 24-player space dogfights. DICE is handling the ground-based gameplay, which includes a brand new planet called Vardos (Versio’s home planet), as well as Yavin 4’s jungle canopies, the spaceport town of Mos Eisley, and Starkiller Base. The game features revamped “heroes,” including Darth Maul, Yoda, Rey and Darth Vader, which now feature a progression system and can be customized by the player.

“The first thing we changed was to include all of the Star Wars films to celebrate the 40th Anniversary,” Bernd Diemer, the new creative director on the game at DICE, explained. “We wanted something to expand the whole universe as it is today and give access to weapons, characters, ships, gadgets and planets from all the films.”

Criterion, which designed the amazing Rogue One VR Mission for the last Battlefront game, is taking the fight to outer space for the first time. Players can drop into the cockpit of the galaxy’s most iconic ships, including the Millennium Falcon, and weave between asteroid fields and fly through imperial dockyards in high stakes dogfights. And the game’s “hero ships” will evolve as the player forges his or her own journey through the multiplayer experience.

Downloadable content from the upcoming The Last Jedi movie will add new ships, costumes and weapons to the multiplayer experience in December.