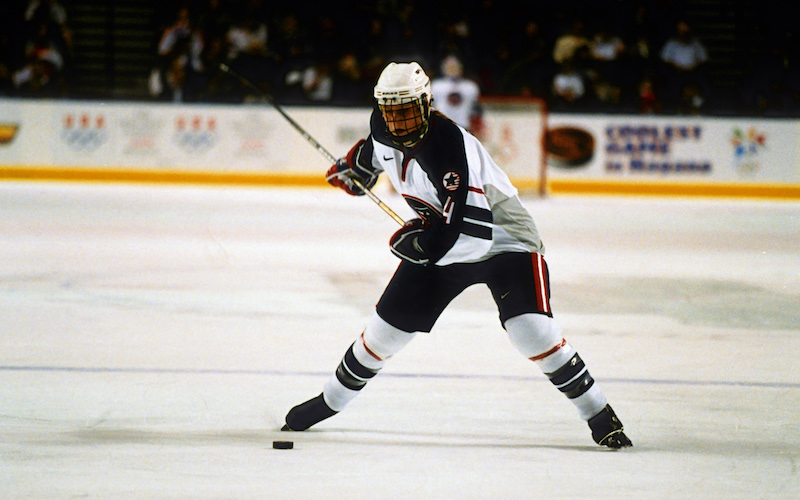 To say that Angela Ruggiero has had an impact on sports would be a massive understatement. Ruggiero is a four-time Olympic medalist, assisting the U.S. in winning their first-ever gold medal for women’s ice hockey at the 1998 Olympic Winter Games. Due to her success on the ice, she was inducted into the Hockey Hall of Fame in 2015, where she gave an inspiring speech on the encouragement she got in her younger days to follow her dream of playing professional hockey, even in a time when women’s hockey was not recognized by the Olympics.

Even after hanging up her skates, Ruggiero has remained a powerful force in the sports world. As the co-founder and CEO of the market research firm Sports Innovation Lab, she looks to converge the massive worlds of technology and sports through machine-learning data processing. In this exclusive interview, Ruggiero discusses the story behind Sports Innovation Lab and modern trends in the sports world. 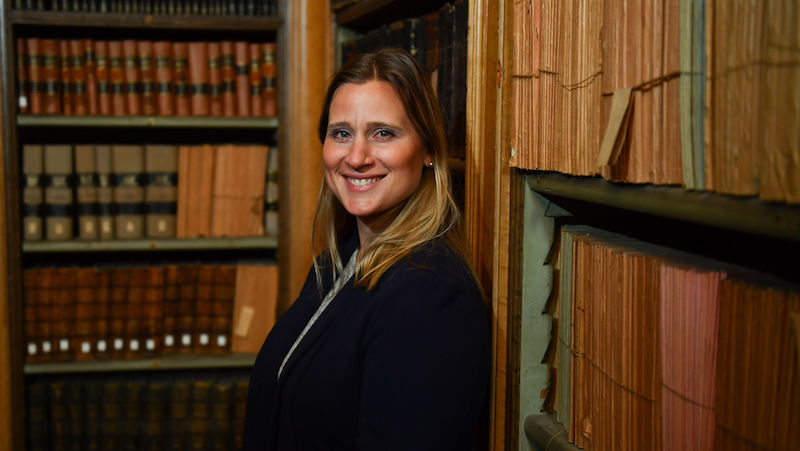 Angela Ruggiero, CEO and Co-Founder, Sports Innovation Lab, poses for a portrait during Corporate Innovations Summit at Academia das Ciencias de Lisboa prior to the start of Web Summit 2018 in Lisbon, Portugal. (Photo by David Fitzger)

Innovation & Tech Today: What was the inspiration behind the Sports Innovation lab?

Angela Ruggiero: I’m a four-time Olympian and sit on the executive board of the [International Olympic Committee]. I was the Chief Strategy Officer of the L.A. Olympic bid for 2028, trying to make the most innovative games ever. And I could see a use case for how technology was making its way into sports when I was competing; how to understand your body, for example. But then on the business side of sports, it’s completely breaking apart the business model. So, I saw that tech changing sports won’t stop, and there was no one out there that I could turn to, to objectively help me understand those changes and who I should be thinking about working with.

Josh Walker, my co-founder, comes from Forrester Research. He’s a serial entrepreneur, he’s built software before. He’s so good at making something confusing into something very simple and small. So, we combined my understanding of the market with his understanding of how to build software and how to create a research company. We think we’re helping the globe, helping the sports community, empowering them, at the end of the day, to make better tech decisions. That was sort of the emphasis. I knew the market needed it and Josh knew how to build a product that could support that need.

Part of it is personal. I loved technology and data as an athlete. I was able to compete longer than any man or woman in U.S. hockey history. I was always analyzing myself, and more data, more technology, could help you have a longer career or perform better. I went back to Harvard business school, and really studied the business model of sports, worked in sports, and there wasn’t the same analytical approach on the business side. But now there is, because technologies are disrupting the business of sports. It’s necessary to understand tech. You have to, or you’re going to be left behind.

I&T Today: What is really trending right now in the intersection of tech and sports?

Angela Ruggiero: Sports betting is a new way to engage audiences; it’s going to create an enormous revenue stream for the industry, and it’s dependent on the technology. If you have poor latency, you can’t get stats in real time, or you can’t bet in real time, or the data that you’re looking at is inaccurate. I believe sports betting is going to be one of the single greatest accelerators of partial testing technology, making sure it’s accurate, and enabling fans to have a better engagement experience. If there’s money on the line, we need to ensure the data that we’re streaming is accurate, can get to everyone, and is accessible.

I&T Today: Throughout your career, what’s an interesting way you used tech to maximize your performance?

Angela Ruggiero: If you understand your blood, you can understand a whole host of other ailments. In my case, before the 2010 Olympics, I did a blood analysis for my diet, and I realized that this was my fourth Olympics and I was actually eating things that I was not necessarily allergic to but sensitive to, and I just thought that was normal; feeling a little lethargic, or clearing your throat, things that we just put up with.

That was something that I saw an immediate impact when I got the information. I changed the way I was training, it had an immediate effect on my performance, and I felt better than I ever did in my fourth Olympics. So I loved, honestly, learning about myself.

Think about what that can do for you and I, if we understand our bodies. Not just our steps, but our EKG and our heart rate and how much we’ve slept. That’s going to be pressure tested in sports. But the bigger market that they want to serve is going to be health care. So I get excited about it from that perspective because what we’re doing at Sports Innovation Lab is helping you identify the leaders that have that angle, that want to help the elite athletes, but they’re also really trying to create something pressure tested in that high-octane environment and service everyone. And that’s what I’m excited about, what sports can do for society.