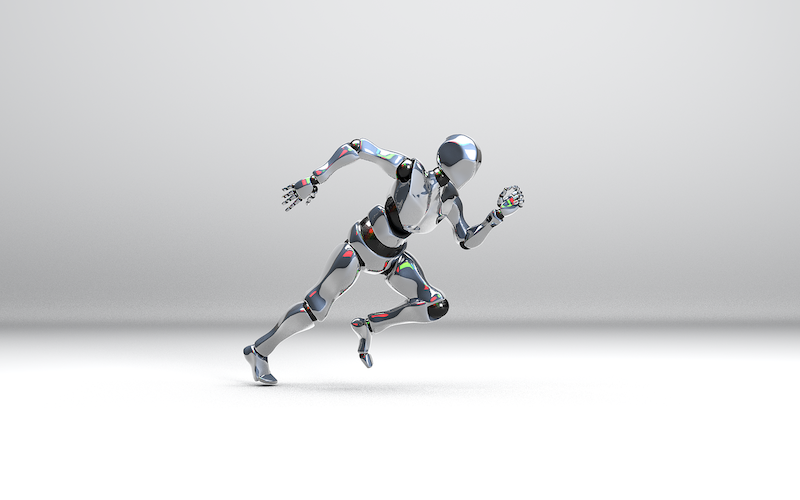 Image by Tony Coffield from Pixabay

Exploring the Latest Technologies in Bioengineering and Human Technological Enhancement

For decades, comic books have told stories of super soldiers and cyborgs, normal people who, after being enhanced by science, became capable of extraordinary physical feats. While those tales have remained in the realm of fiction, technology, more and more, is interacting directly with our biology. Joint replacements, prosthetics, laser-eye treatments – there are innumerable ways that humans use medical technology to improve their physical prowess, or just make life more convenient.

It’s clear that the public is still wary about these body-enhancing technologies, but that hasn’t stopped companies from developing exoskeletons, advanced prosthetics, and even microchips. While we’re still some way off from cyborgs and super soldiers, here are some developments in tech that are bringing us closer to that ideal.

Exoskeletons comprise an exciting, yet subtle, industry that is projected to experience significant growth in the coming years. In February, Research and Markets published that the exoskeleton wearable robot market was valued at $130 million in 2018. They then projected that the industry would reach $5.2 billion by 2025. An even more conservative prediction from Market Watch has the market hitting $2.5 billion by 2024.

For now, their main appeal comes from the industrial sector, namely their application for factory workers. Companies such as Ford, Siemens, and Panasonic have all introduced exoskeletons into their factories for their workers. While automated machines have started to make their way into these facilities, humans still play an important role in the production line. However, this role often involves repetitive tasks that can become strenuous over time. These tasks typically require being on one’s feet, and some even involve making repetitive arm motions up to 4,600 times a day.

The exoskeletons in this case aren’t made so workers can be stronger, per se; rather, they are meant to alleviate pressure from neck and shoulder joints, for instance, to take some of the strain away.

In Ford’s case, workers who have to reach over their heads many times a day were given EksoVests, built by Ekso Bionics. As the person reaches up, the vest offers additional assistance and support; the higher they reach, the more support the system adds. “It’s not a strength enhancer,” Marty Smets, Ford’s technical expert of human systems and virtual manufacturing, told Engadget. “It’s an endurance enhancer.”

It shouldn’t be a mystery why exoskeletons that make employees work more efficiently is so appealing to factory- and production line-based industries.

Related: Smart Clothing: What You Need to Know About E-Textiles 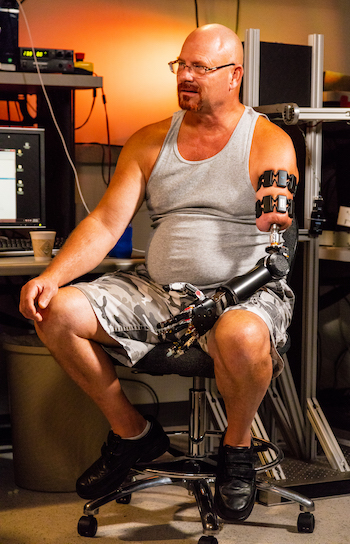 Prosthetic limbs have come a long way from peg legs and hook hands. Modern prosthetics arms often have five fingers, multiple grips, and a lightweight build. For instance, the Hero Arm by Open Bionics is fully 3D-printed and comes with six different grips. But few prosthetics are as innovative as the mind-controlled arm developed by Johns Hopkins Applied Physics Lab as a part of their Revolutionizing Prosthetics program.

In late 2017, John Matheny, who lost his arm in 2005 to cancer, became the first person to live with this mind-controlled robotic arm. With 26 joints, 17 of them able to move independently, Matheny was able to control the arm completely with his mind. Of course, as part of the testing period, it was not without its malfunctions, and doesn’t make him a superhero yet. He wasn’t able to get the arm wet, and it definitely didn’t give him super-strength. But, his everyday use of the arm gave Johns Hopkins the data they needed to improve software and hardware issues.

Even though it might not turn people into “cyborgs” as we know them, this research marks a major step in how technology can assist those with missing limbs. “This is not just a prosthetic arm,” Matheny told Quartz. “This is my arm now.”

Surprisingly, microchips being implanted under people’s skin isn’t all that new. In 2013, Jowan Osterlund, a former professional body piercer, started his Swedish microchipping firm Biohax International. Since the founding, over 4,000 Swedes have adopted their very own chips.

Osterlund explained the phenomenon to NPR: “Having different cards and tokens verifying your identity to a bunch of different systems just doesn’t make sense. Using a chip means that the hyper-connected surroundings that you live in every day can be streamlined.” While exoskeletons and prosthetics assist in users’ well-being, the microchip seems to be more of a convenience, allowing users to more seamlessly move through their day.

With a microchip, users could access their homes, offices, or gyms just by swiping their hands against digital readers. The chip can also store emergency contact details, social media profiles, and e-tickets for events or travel. Proponents of the technology say that it is safe and protected against hacking; however, issues around data privacy are still a major concern for some.

It is yet to be seen, though, if the microchip trend will pick up in the U.S. as well. In 2017, a Wisconsin company started offering microchips to their employees in order to access the building and streamline purchases in the cafeteria. Almost immediately, questions about data privacy arose.

Between data leaks and major corporation and government hacks, it may be some time before U.S. citizens trust technology enough to merge with it. However, these examples show that, out of need or convenience, humans are getting closer and closer to technology, and stories of cyborgs may be closer to fact than science fiction. In 2017, it was Elon Musk who said, “Over time, I think we will probably see a closer merger of biological intelligence and digital intelligence.” He may not be far off.