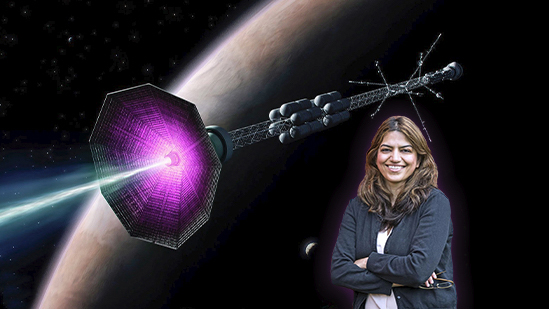 PPPL physicist Fatima Ebrahimi in front of an artist's conception of a fusion rocket. | Photo by Elle Starkman, PPPL Office of Communications, and ITER

This May Be How Humans Get to Mars

An unusual design for a rocket thruster may very well be the technology that carries the first humans to Mars. The nuclear fusion rocket design uses linking magnets as a means of propulsion and is similar to technology already being used in our nuclear reactors.

A week after the internet came to life with reports of discussions between Apple and Hyundai Kia, all companies are denying the talks — and it seems to be true. Bloomberg is reporting that Apple halted negotiations weeks ago when information first leaked out. Apple is believed to be in discussions with multiple auto manufacturers.

Facebook is tightening its stance on Covid-19 misinformation — particularly posts saying the virus was manufactured or the vaccines are toxic. The social media giant has assembled a list of debunked claims and is working to rid itself of such posts.

Ever hop into a Google Meet session and realize that you forgot to brush your hair? Google has added a new green room feature to help you with that. It gives you a chance to check your hair, camera and microphone before actually joining the meeting.