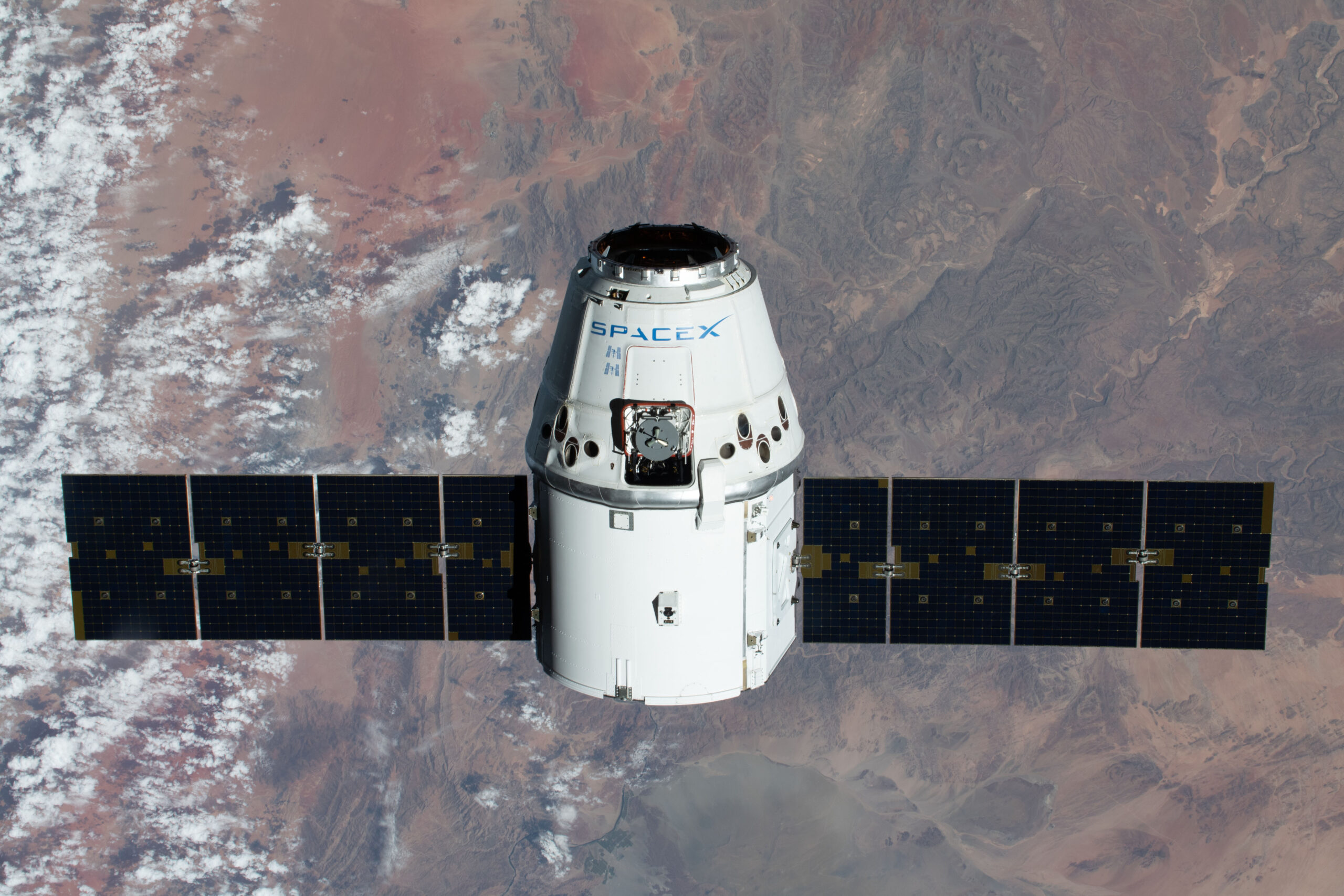 Crew-2 was scheduled to blast off Thursday, but inclement weather along the Atlantic coast forced officials to delay it until early this morning. Astronauts from the US, France, and Japan, blasted off from Pad 39A at NASA’s Kennedy Space Center in Cape Canaveral, Florida, at 5:49 am EST on Friday. The astronauts will orbit the Earth while it catches up with the space station before docking at 05:10 EST Saturday.

They are currently orbiting the Earth at about 17,000 miles per hour and will orbit the Earth over the next 23 hours catching up with the International Space Station (ISS) before docking.

The international space station was a joint effort between NASA and the Russian Space Agency. To launch the space station, elements such as a US node, and the Russian service section, were transported into space piece by piece to become the million-pound structure. It took a little more than a decade with incremental additions like a commercial airlock. It’s a modular space station that continues to evolve.

NASA announcers are taking questions during the live broadcast of the mission via social media. One interested member of the audience asked, “How many times can you re-use the Falcon 9 rocket?”

The Falcon 9 is designed to fly at least ten times or more.

About ten minutes later, traveling at about 10,000 miles per hour, SpaceX Falcon 9 second stage delivered the Crew Dragon and its astronauts into a nominal orbit.

SpaceX successfully landed the first stage of the Falcon 9 rocket on a pad so that the agency can reuse it in a future mission.

Another viewer asked, “Do astronauts drift away when they sneeze?”

“I can’t verify if that test has been conducted,” the amused NASA rep replied. “However, if you think about them living and working when they are floating, everything has an equal and opposite reaction. For example, even if they are typing on a laptop, they will be propelled upwards. There are restraints, hand rails, and foot rails, to keep them from floating, as in when they are transitioning from one module to another.”

At about 6.02 am EST, the Dragon capsule, containing the four astronauts, separated from the Falcon 9 second stage and began its journey to the space station.

‘It is glad to be back in space from all of us, and we will send our regards to Crew-1 when we get there,’ said Kimbrough.

The four astronauts from three different international space organizations will bring the total number of astronauts on the orbiting laboratory up to 11 until the four members of Crew-1 return to Earth in the following few weeks.

The station, orbiting 253 miles above the planet, is optimally designed to hold seven astronauts. Although, that can increase when a capsule is docked, such as the Crew-2 mission capsule carrying them to the station.

The Falcon 9 rocket that flew Crew-1 was used, along with the Crew Dragon Capsule Endeavour that housed Bob Behnken and Doug Hurley, in May 2020.

The Crew-2 members will conduct science and maintenance during a six-month stay aboard the orbiting laboratory and return no earlier than Oct. 31. The Crew Dragon spacecraft can stay in orbit for at least 210 days, a NASA requirement.

Adding more crew members aboard the microgravity laboratory increases the time available for scientific activities. The November 2020 arrival of the Crew-1 astronauts more than doubled crew hours spent on scientific research and support activities, and Crew-2 will continue the essential investigations and technology demonstrations that are preparing for future Artemis missions to the Moon, helping us improve our understanding of Earth’s climate, and improving life on our home planet. A critical scientific focus on this expedition is continuing a series of Tissue Chips in Space studies. Tissue chips are miniature models of human organs containing multiple cell types that behave much like they do in the body. Another critical element of Crew-2’s mission is augmenting the station’s solar power system by installing the first pair of six new ISS Roll-out Solar Arrays.

SpaceX’s idiosyncratic founder, Elon Musk, was spotted at the Kennedy Space Center launch complex to watch the second flight of his Crew Dragon capsule to the ISS.

According to NASA’s website, The Crew-2 astronauts are as follows:

Shane Kimbrough, 53, is commander of the Crew Dragon spacecraft and the Crew-2 mission. Kimbrough is responsible for all phases of flight, from launch to re-entry. He also will serve as an Expedition 65 flight engineer aboard the station. Selected as a NASA astronaut in 2004, Kimbrough first launched aboard space shuttle Endeavour for a visit to the station on the STS-126 mission in 2008, and then aboard a Russian Soyuz spacecraft for his first long-duration mission for Expedition 49/50 in 2016. He has spent a total of 189 days in space and performed six spacewalks. Kimbrough also is a retired U.S. Army colonel and Army paratrooper who led a helicopter platoon during the 1991 Gulf War. He earned a bachelor’s degree in aerospace engineering from the United States Military Academy at West Point, New York, and a master’s degree in operations research from the Georgia Institute of Technology in Atlanta. He taught math at the US Military Academy before moving to Houston in 2000 to work with NASA´s shuttle training aircraft. He became an astronaut in 2004. The NASA spacecraft commander is currently on his third spaceflight.

Megan McArthur, 49, is the pilot of the Crew Dragon spacecraft and second-in-command for the mission. McArthur is responsible for spacecraft systems and performance. She also will be a long-duration space station crew member, making her first trip to the space station. Selected as an astronaut in 2000, McArthur launched on space shuttle Atlantis as a mission specialist on STS-125, the final Hubble Space Telescope servicing mission, in 2009. McArthur operated the shuttle’s robotic arm over the course of the 12 days, 21 hours she spent in space, capturing the telescope and moving crew members during the five spacewalks needed to repair and upgrade it. She holds a bachelor’s degree in aerospace engineering from the University of California, Los Angeles, and a doctorate in oceanography from the University of California, San Diego. McArthur conducted graduate research in underwater acoustics at the Scripps Institution of Oceanography, led diving expeditions, and tested water equipment. McArthur became an astronaut in 2000. She is flying in the same seat as her husband, astronaut Bob Behnken, did during SpaceX’s debut crew launch nearly a year ago. It’s been 11 years since she last rocketed into orbit, aboard a shuttle on NASA’s final Hubble Space Telescope repair mission. The NASA Pilot is currently on her second spaceflight.

Being assigned to the Space X Crew Dragon Endeavor was a “neat surprise” and kind of a fun twist on the whole thing,” McArthur said.

Akihiko Hoshide, 53, is a mission specialist for Crew-2. As a mission specialist, he will work closely with the commander and pilot to monitor the spacecraft during the dynamic launch and re-entry phases of flight. Once aboard the station, Hoshide will become a flight engineer for Expedition 65. Hoshide joined the National Space Development Agency of Japan (NASDA, currently JAXA) in 1992 and was selected as an astronaut candidate in February 1999. Hoshide is a veteran of two spaceflights. In June 2008, he flew to the International Space Station on the STS-124 mission to deliver  the Japanese Experiment Module “Kibo” he helped develop, to the station, launching aboard shuttle Discovery. From July to November 2012, he stayed on the space station for 124 days as a flight engineer for the Expedition 32/33 mission. The Crew Dragon will be the third spacecraft that Noguchi has flown to the orbiting laboratory. Hoshide-san joined the Japanese Space Agency right out of college in 1992 as an engineer, working on the H-II rocket. He made the astronaut cut seven years later. The Japanese mission specialist is on his third spaceflight.

Thomas Pesquet, 43, also will be a mission specialist for Crew-2, working with the commander and pilot to monitor the spacecraft during the dynamic launch and re-entry phases of flight. Pesquet also will become a long-duration crew member aboard the space station. He was selected as an astronaut candidate by ESA in May 2009 and worked as a Eurocom, communicating with astronauts during spaceflights from the mission control center. He previously flew as part of Expeditions 50 and 51, launching aboard a Russian Soyuz spacecraft in October 2016 and spending 196 days in space, returning to Earth in June 2017. His mission included two spacewalks to maintain the station: replacing batteries on an electrical channel, detecting a cooling leak, and serving the robotic arm. Frenchman Pesquet flew for Air France when the European Space Agency chose him as an astronaut 12 years ago. He joined the French Space Agency as an engineer in 2002. Two years later, Air France chose him for its flight training program. This is mission specialist Pesquet’s second spaceflight, which is perhaps why he wanted better food the second time around.

The four veteran astronauts should reach the ISS on Saturday for a six-month stay.

This mission marks the first time in nine years that NASA astronauts launched an American rocket to the ISS and taken off from American soil.

The Crew-2 mission is carrying four astronauts in the second routine taxi ride by SpaceX to ISS since the US resumed crewed space flight, and the first with a European, in a mission dubbed “Alpha” by the European Space Agency. The Alpha mission moniker is perhaps a nod to “Ralpha,” short for Russian Alpha, as the combined U.S.-Russian station was jokingly referred to for a while. Ultimately, however, NASA and its partners settled on the banal name International Space Station.

“This is the third launch in less than a year: Demo-2, Crew-1, and now Crew-2,” said Jurczyk during a pre-launch media briefing on Wednesday. “I could not be more proud of the NASA and SpaceX teams.”

NASA’s spacecraft commander Kimbrough and his crew will spend six months at the space station, replacing four astronauts who will return next Wednesday in their own SpaceX capsule, parachuting into the Gulf of Mexico near Tallahassee Florida.

Unlike previous missions where space ice cream might be the most exciting food aboard the ISS, French astronaut Pesquet plans to dine in space, typically to the way Frenchman dine on Earth. He is bringing along a plethora of fine dining options, the likes of which previous missions have probably never seen. He will undoubtedly be popular among the rest of the crew.

According to The New York Times, the French astronaut is bringing along lobster, beef bourguignon, cod with black rice, potato cakes with wild mushrooms, and almond tarts with caramelized pears.

“There’s a lot of expectations when you send a Frenchman into space,” Pesquet said during a European Space Agency news conference last month. “I’m a terrible cook myself, but it’s OK if people are doing it for me.”

He and his crewmates will feast on dishes prepared by three separate French culinary institutions, but the meals are not for daily consumption – only for special occasions.