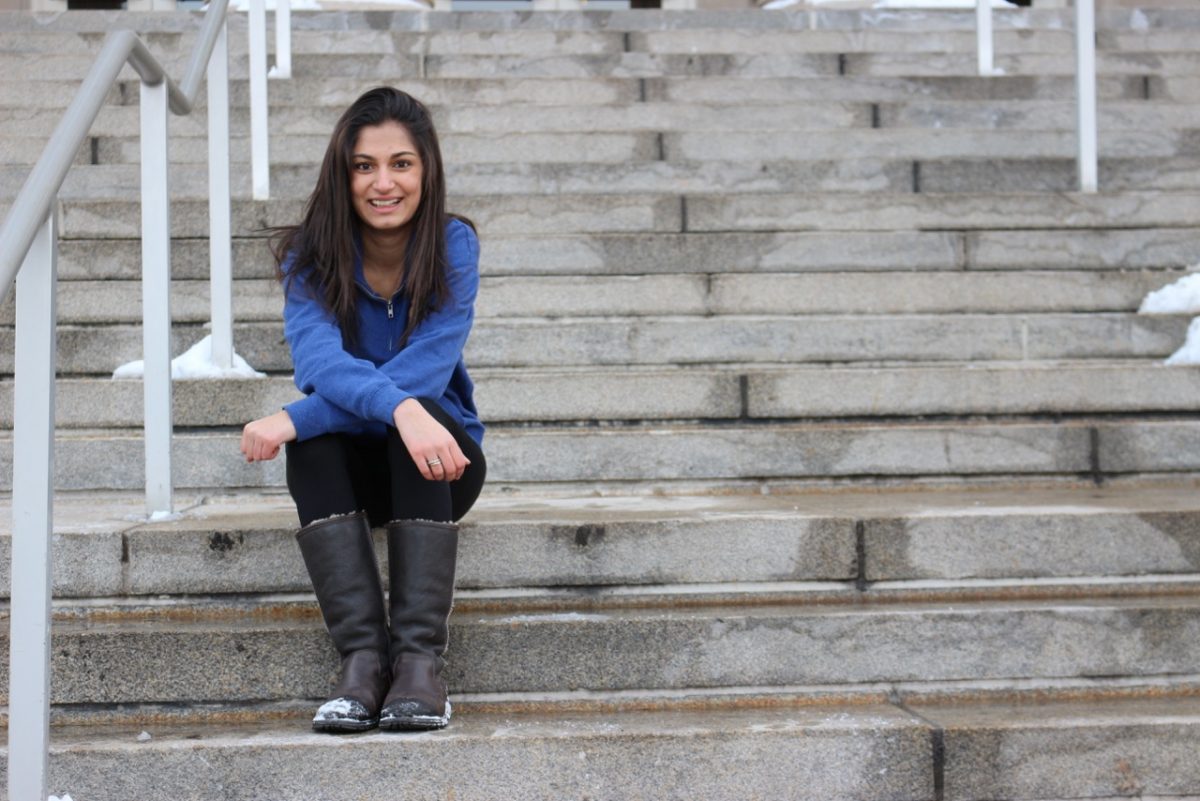 She’s 20 years old, and she recently decided to take a semester off her undergraduate career at Purdue University to pursue her own digital marketing agency, Jamocha Media, proving to women all over the world that you are never too young, and it is never too early, to make sacrifices for your dream.

Her entrepreneurial spirit dates back to the beginning of her college career, upon her decision to launch her own YouTube channel. “I found I enjoyed telling my story,” she shared.

Her following increased as she uploaded weekly videos, every Sunday, discussing her experiences as she moved into college life. This is the guidance women lean on — from each other, for each other. She quickly gained a following but felt the channel was missing something.

Additionally Mehak Vohra is a tech guru, having coded her first app during her freshman year of high school. She felt that she should employ this knowledge to create tech videos to add to her channel. Here is where she found a “medium between tech and entrepreneurship” — creating a platform to share tech knowledge, encouraging others to then take the expertise and create as well. Her channel built such a tremendous following that, in 2015, she was approached at an entrepreneur meeting in Lafayette, IN by a few officials at the Purdue Research Foundation, and they asked her to help with their social media. And here’s where she had her “aha!” moment: If we’re doing something we enjoy, we happen to be good at it, and others happen to need it, we might as well consider it as a career. She decided this was her opportunity to start Jamocha Media.

Jamocha specializes in what every early-stage tech startup needs. The agency is committed to branding, web development, content creation, and ad creation. What may surprise you about her team, considering their success, is that every single team member is young. Seriously, no one is over age 23. I asked what it’s like to work with such a young team. As stereotypes go, you’d imagine it to be rather hectic, unprofessional. While she admits they lack experience, she otherwise only finds strengths in their youth. This generation is social media savvy, and her employees have a computer science background. Because we (“millennials”) have grown up in the social media era, we are the market that Jamocha is targeting. And what better way to appeal to a market than to be run by members of the market itself?

What Mehak really proves to me, as a young woman in college myself, is the power of deliberate thought and action. She confessed that she knew the moment she started college that she could never settle for a job that required sitting at a desk all day. And, today, you’ll find her in San Francisco, chasing a dream instead of sitting in one place. Youth grants us some flexibility. Many of us do not yet have the responsibilities of adulthood, and we have retained the freedom to choose “what we want to be when we grow up.” These years are the years to play. We play and learn, yes, but Mehak is learning through play in the “real world.” She is learning firsthand what it means to be a tech entrepreneur, in a way you can’t read about in a textbook. And, in turn, she is continuing to share her story with others, to inspire them to do the same.

Since the launch of Jamocha Media, Mehak Vohra has done daily vlogs and videos documenting what it’s like being a young entrepreneur and attending school. The channel doesn’t focus much on tech anymore, but on what it’s like going to hackathons and running a company at a young age.

Today (18 months since this post orginaly appered) Mehak Vohra the founder and CEO of Jamocha Media works primarily with early stage startups in user acquisition and social growth. She was #4 on Forbes Top 10 Gen Z Marketers list of 2017. She is also a candidate for mayor in the city and county of San Francisco in the 2019 election.