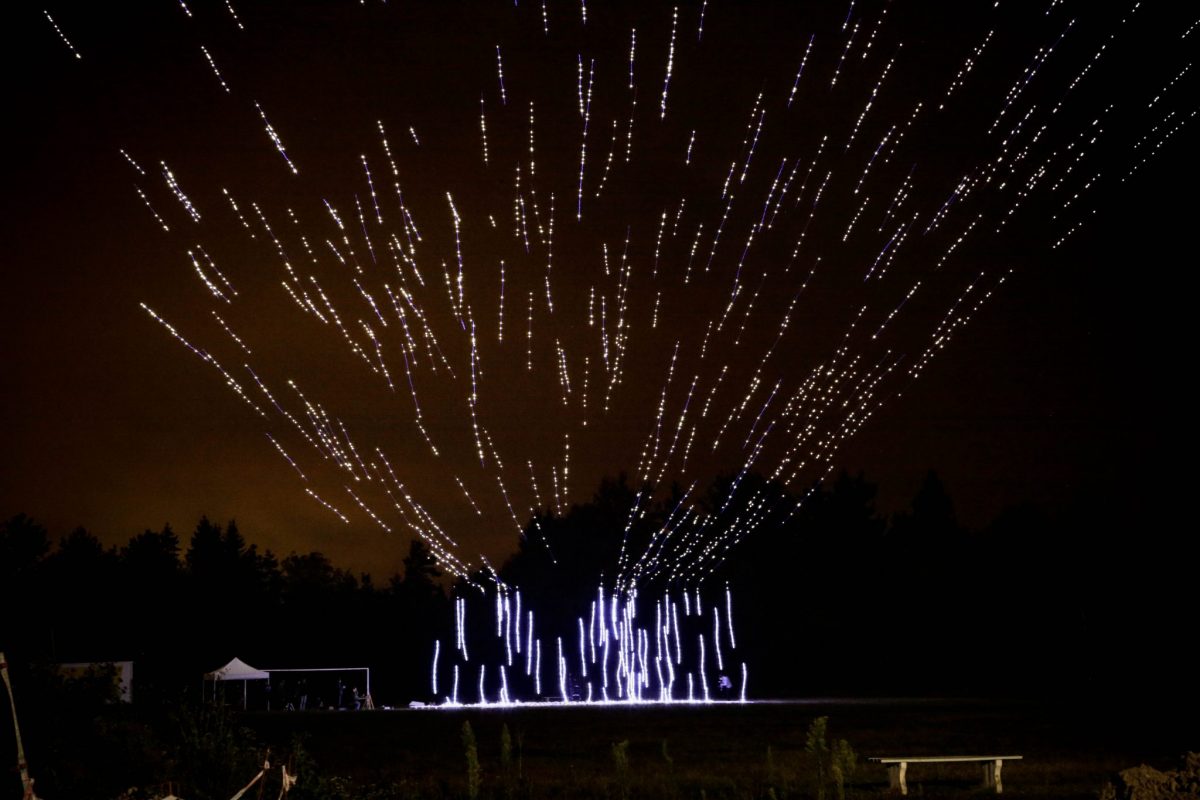 Air shows have evolved greatly over the years. In the past, these displays have involved human aviators showing off their flying skills, with the first international aircraft show hosted in France in 1909. By 1910, aviators were competing with one another in races, aerial acrobatics, and other aerial stunts. As plane technology evolved from rickety, wooden biplanes to more aerodynamic jets, air shows changed as well. Thousands of spectators regularly show up to watch the latest aircraft show off their moves across the sky. And now, with drone technology on the rise, aerial entertainment may never be the same. 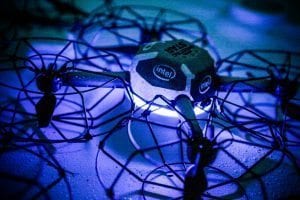 While it may not be as sleek or as fast as an F-35, Intel’s Shooting Star is made to swarm and create displays with coordinated placement and movement to marvel audiences. Much like a marching band, the drones fly as a group to develop hypnotic patterns. Unlike a marching band, however, the process to coordinate every drone has been simplified. Instead of requiring each drone to be flown perfectly by an individual, Intel has created an algorithm that allows animators to create, build, edit, and bring whole aerial displays to life. The software allows the drones to fly together as one group controlled by one person. Further, the drones are built to be lightweight – covered with soft foam, with cages around their propellers – just in case the device crash-lands into an unsuspecting crowd.

Not to be left behind, Disney has also stepped up their drone use to entertain their park guests. Currently, Disney uses large firework displays to dazzle audiences at Cinderella’s Castle. However, in a 2016 teaser video, the Happiest Place on Earth showed off its drones (named Flixels) creating a floating, rotating Christmas tree display. Disney has further placed a patent on several drones, one that supports a marionette and another that flies with a projector. If Disney hopes to trump their famous firework display, this might just be the way to go. 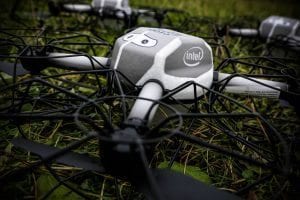 Using drones for entertainment purposes does come with a challenge. In November of 2016, Intel had to ask the FAA permission to fly a swarm of 500 drones to beat a Guinness World Record. Disney, in their proposal to use drones in their park, has had to indicate where drones would fly, and whether a no-fly zone was being implemented. Further, the drones are proposed to fly in restricted areas away from guests. Currently, the FAA does not have regulations allowing the use of drones for entertainment displays, with Intel’s use of drones restricted to its record-setting event. As Natalie Cheung, Intel Light Show Business Lead said recently, “We’re showing regulators around the world that UAV technologies used the right ways can help shape new rules for manned and unmanned aerial vehicles.”