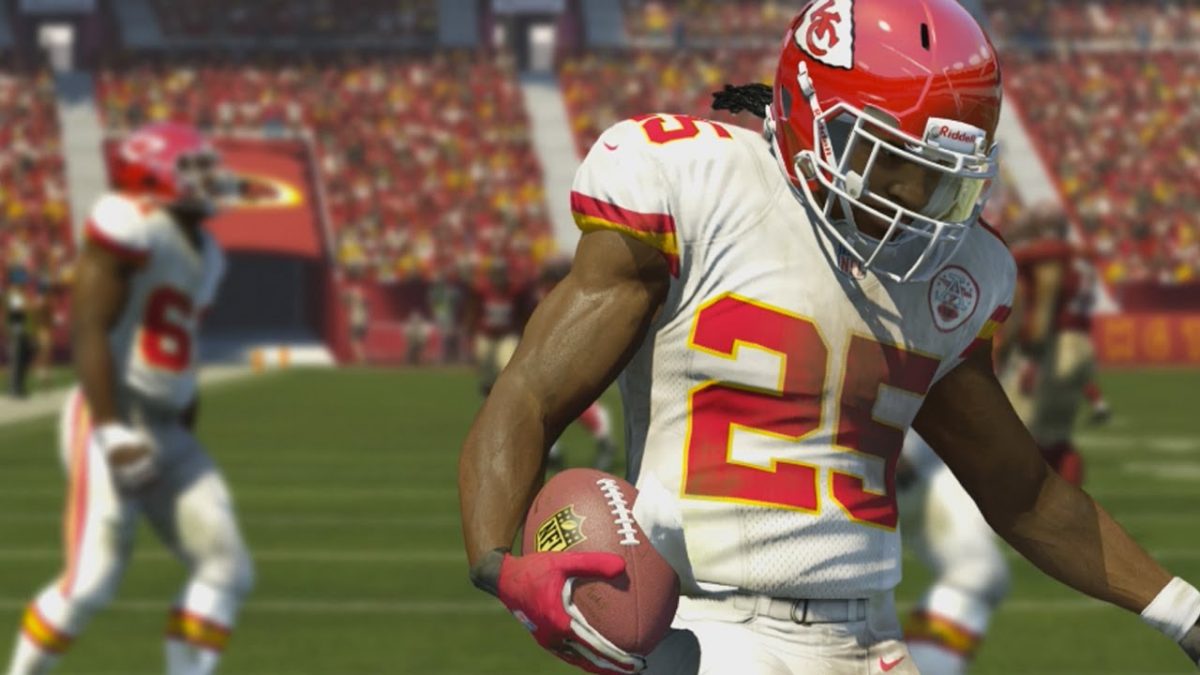 Super Bowl Sunday is finally here, which means a long day of sitting, snacking, and looking at ridiculous prop bets. (You can seriously bet on whether or not the National Anthem singer Luke Bryan will be wearing a hat. What a time to be alive.) Well, as long as we’re in the pigskin spirit, why don’t we take a look at something for those of us who enjoy football but don’t care for the whole “exercise” part: football video games.

1978 was a much simpler time. Before the days of virtual reality and hoverboards we had the Atari 2600. You know, the console with the E.T. game that almost killed video games forever? Well, it should come as no surprise that the very first attempt at a football video game was a bit off. And that’s putting it lightly. From what I can tell, Atari Football consists of a three-on-three match featuring aliens that turn opaque and throw a turquoise ball at each other. Interesting take on the game.

There May Never Be Another College Football Game

While Madden may be the best known franchise for NFL games, EA Sports had also developed a series of NCAA Football games to simulate the experience of playing college football. However, there was a slight snag in the plans for the franchise: a $60 million lawsuit from using the likenesses of players without permission. Something tells me they never had that problem back in the days of Atari Football.

There Was (Kind Of) An XFL Game

While the short-lived Xtreme Football League never got a video game adaptation, Midway’s Blitz: The League came pretty close. Due to a number of different licensing deals, EA Sports’ Madden franchise is the only game series that can use actual NFL players and teams. So what was Midway’s response? Create a game with a fictional league in which you can take steroids, break the bones of your opponents, and bribe politicians to get a stadium. With all that fun for the whole family, it’s a shock the franchise wasn’t a mainstream hit.

Players Appearing On The Cover Of Madden Are Cursed

Whether it’s a box of Wheaties or a Papa John’s commercial, athletes get plenty of exposure through endorsements. However, one of those appearances may have some unwanted consequences. You see, while it should be any athlete’s dream to appear on the cover of one of the most popular sports video games, many of those athletes have fallen victim to the “Madden Curse”. It all began with Garrison Hearst, the 49ers running back who appeared on the cover of Madden 1999. He suffered an awful ankle injury at the end of the year, forcing him out of football for two years. It’s even continued into this year, where Madden 17 cover star Rob Gronkowski has to miss the Super Bowl after a back injury. So posing on the Madden cover is basically the equivalent of entering King Tut’s tomb.