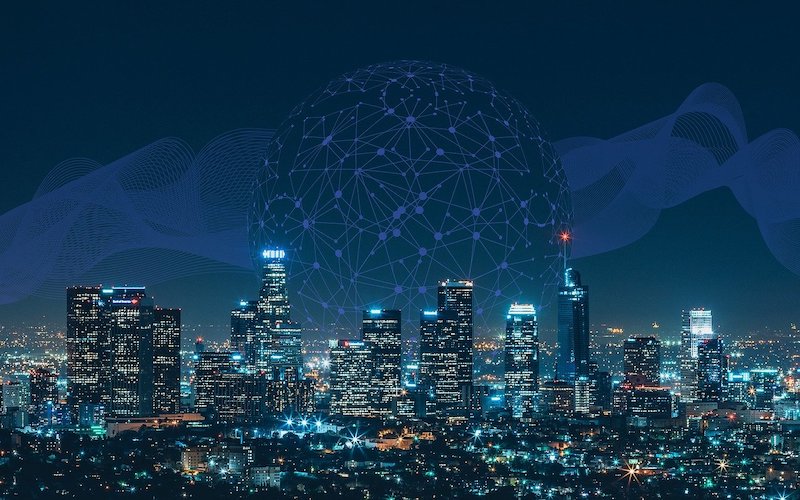 Image by Tumisu from Pixabay

According to Statista, there are currently over 1.5 billion 4G subscribers around the world, a number that has ballooned substantially since 2010, when there were only a little over a million subscribers. However, especially in the smartphone age, we’re always ready for the next big thing. And the next big thing dominating many conversations in the tech space recently? 5G. With some comparing 5G’s rollout to the beginning of the fourth industrial revolution, there is definitely no shortage of hype when it comes to this next wave of data.

Per Statista, the number of 5G subscriptions looks to be 0.04 billion in 2020. By 2025, that number will grow to 2.61 billion, over double the amount of current 4G subscribers. However, despite all the broad headlines about how 5G will completely change the game in terms of data, there is still plenty of mystery and misconception around the new tech. Because of this, we conducted exclusive interviews with the Vice President of Smart Cities at Verizon and IoT solution providers at Fybr to analyze 5G through the lens of infrastructure, cybersecurity, and the future.

Related: 6 Ways 5G Will Innovate and Upgrade Your City

Smart Cities and 5G both require a tremendous amount of infrastructure in the ground. With 5G, obviously, we need to be able to have our communications infrastructure all through the city so that we can ensure that connectivity is available to citizens when they need it. Smart Cities is very similar in that we have sensors that are going to need to be put on the ground, on light poles, and in key areas where people are interacting and we want to be able to have that exchange between our environment and the individuals who are doing activities through that environment.

So very similarly, we need to be able to create partnerships with cities. To be able to ensure that the infrastructure is put in place in a timely fashion and is also put in place in a way that really directly benefits the citizen. Infrastructure for 5G is something that is massive. It is a big task to be able to ensure that the U.S. stays in the lead in 5G. Verizon is the first in 5G and we want to keep that momentum moving. That requires us to really have deep relationships with our city leaders so that we not only put in that infrastructure for the connectivity, but we can see that benefit going straight to the citizen.

We’re going through cities these days looking at replacing street lights with LED lights, and the whole infrastructure of the city changes. Ultimately, these 5G micro cells will be small enough, but they’re not here yet. You know, that’s just another one of those roadblocks. Of course, satellites take away that part of it. But, boy, is it expensive. I just can’t imagine. I mean, Elon Musk with SpaceX. They own Starlink. I think they’ve got the approval so far for 12,000 satellites. I can’t even imagine what that costs.

You know, there’s a lot happening, and it’s all wonderful technology, no question about it. But you know there’s always the balance for companies like us, that you sort of want to use the latest available technology that you can afford, but also that it suits your needs.

How do we also deal with the risk of going into something new? We’ve got to be able to think about privacy concerns, data security. There’s a lot of really important things that have to be focused on in order to be able to really roll some of these solutions out at scale. These are some of the challenges that we work on with other industry leaders, as well as with city leaders, all the time so that we could actually get these industries moving and scaled the way that we know they can be.

Security is a big part of smart city deployment. Let’s say that you have 100,000 street lights, you don’t want some hacker turning them on and off at their whim. Obviously, you have to have a separate control so the cops can do it. But we keep coming back to security and reliability. I think that if you don’t have that in the marketing deployment, you’re out of luck. You might as well hang it up.

I honestly don’t think in the next five years 5G is going to make a whole lot of difference to us. If we’re in a particular area and we have a problem with one cell carrier, we can switch to another cell carrier. So we can always optimize that way.

The speed at which we get data back, it does matter in [something like] parking. But our ability to get an answer back to somebody on a parking event is only a few seconds. When I just pulled into the lot a few minutes ago, before my car was settled, it had changed. So, it’s really, really fast. If you’re going to think about everything else we do, if you’re going to pull gas leak information, whether you get that information in one second or you get in three and a half seconds, it really doesn’t matter that much.

5G has such a strong role in smart cities because there’s so much of the sensoring capabilities that is going to be leveraged in our day-to-day lives to improve things like safety of our communities, our mobility aspects, as well as other things around sustainability and environmental activities.

There’s just a lot of engagement between our environment and the technology that really needs some of that extra push with the connectivity. 5G gives us a tremendous amount of latency and bandwidth that is needed to be able to especially work on some of those solutions that require a lot of data to be processed incredibly fast. So we think about things like autonomous vehicles or other video based solutions. 5G solutions are really important to be able to move those capabilities to the forefront.

Smart Glasses Give ‘Sight’ to the Blind