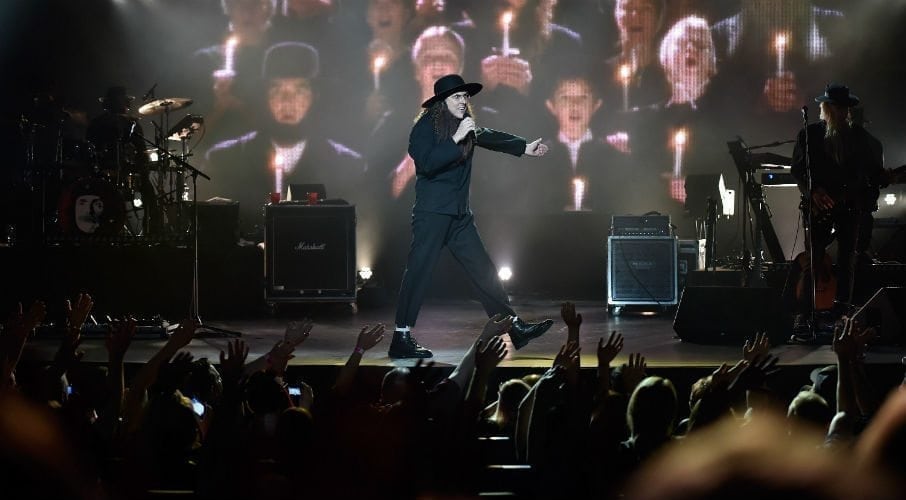 There’s a special place in geek culture’s pantheon reserved for this polka master. For decades, Weird Al has been entertaining global audiences with a catalogue of parodies that, true to his name, defy mainstream expectations regarding what should and shouldn’t be popular. Who would have thought songs with titles like “White & Nerdy,” “Like a Surgeon,” and “Amish Paradise” would be chart-toppers? Who would have thought that a high school kid who submitted silly accordion ballads to a local radio show would someday have his own star on the Hollywood Walk of Fame?

With four Grammy Awards to date, the parodist has a talent for transforming comedic oddity into mainstream commodity – his last album Mandatory Fun achieving the #1 spot on the Billboard charts.

Despite this recent success (or perhaps because of it), Al has decided not to return to the traditional record label dynamic. Instead, he’s going all digital, with plans to launch his singles as he finishes them instead of all at once. In this interview, the musician explains why he’s made this move at the peak of his career, while previewing an upcoming tour and a final compilation, appropriately shaped like his famous accordion.

Innovation & Tech Today: Your discography is full of tracks that reveal that you’re not so “technologically impaired.” You often riff off of tech and the internet. How did these become staple Weird Al themes? 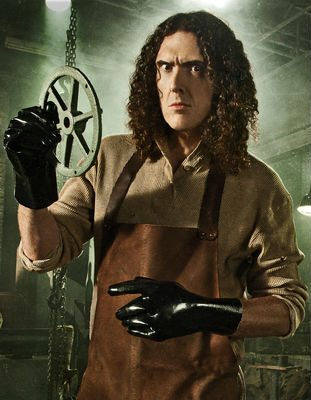 Weird Al: Well, I guess you just write what you know. Back in the ‘80s, I wrote a lot of songs about television and food, because I could relate to subjects like that. But I got my first PC, I think it was in 1992. After that, I got obsessed with a lot of nerdier themes. I became obsessed with the online world and I think my oeuvre, at that point, started to reflect that. I started to write songs that referenced online culture and the internet. What it means to be a nerd in today’s world.

I&T Today: I know YouTube has been pivotal for you. As an old-school MTV alumnus, though, how would you compare the way you approach music videos then, as opposed to now?

WA: Well, it is different in a lot of ways. The record industry has changed quite a bit. Back when I started out, MTV and radio were super important to recording artists. Because, if MTV put your song on heavy rotation, that could make or break you. Certainly the same for radio.

Back then, you would have one or, if you were lucky, two songs from your album that would be the singles. And you’d have videos for those and those would drive the train, promotionally, so to speak. So, you would put all of your effort and money and energy into those one or two videos.

Nowadays, MTV has very little effect, radio has less effect, and, certainly for me, the internet is where my bread is buttered. I think that’s true for a lot of artists. I learned that, instead of focusing your energy on one or two videos, if I do a bunch of videos, that’s going to get more play and more attention.

The problem then is you have to be a little more creative with your funding. Because paying for eight videos is a lot harder than paying for two videos. So, there aren’t that many people that are doing half-a-million-dollar budget music videos these days. I think those days are pretty much over. Record labels are not prone to opening up their pocketbooks to that extent.

I&T Today: You recently discussed how your upcoming compilation Squeeze Box marks the end of an era. Could you explain that? 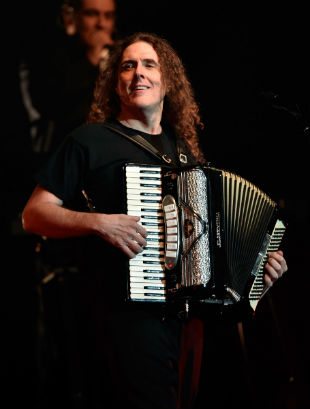 WA: Well, I signed my record deal in 1982 and I didn’t fulfill it until 32 short years later in 2014, with the release of the Mandatory Fun. It wound up being a 14-album contract. Which is hard to believe, but that’s that. It was a 10-album deal initially, which, in and of itself, was pretty ridiculous. Then, the contract was renegotiated twice and albums kept being tacked on. So, it wasn’t until three years ago that I fulfilled the deal.
Looking forward, I’m not sure that I’m going to be putting out albums anymore. Which sounds weird, after coming off of a number one album and, ostensibly, the high point of my career.

But it’s always been a bit frustrating to me that sometimes I’ll have an idea for a song and I’ll want to put it out immediately. But, I can’t, because I need to wait until I have 11 more songs to go along with it, so I can release a whole album’s worth of material at once.

Not all of my material is topical and timely, but enough of it is that, going forward, I would really like to be able to just put out singles and tracks whenever I feel like it – instead of being tied to the old business model of, “You have to release a dozen songs, all at once.”

I&T Today: You have a big tour coming up in 2018. Can you tell us what you have planned for that? Do you think your new digital release style will change the way you approach tours in the future?

WA: I hope to be touring as much going forward as I have in the past. It’s more important now than ever. Touring and merch is how most recording artists make their money. The albums are almost a loss leader now.

The next tour, specifically, is not going to be a big moneymaking tour. It’s sort of a very small and very intimate tour, for the hardcore fans and for me and the band. It’s going to be basically a deep cuts and B-sides kind of tour. We’re going to be playing all the tracks that nobody ever thought we’d play live. We’re doing it without costume changes, or film clips or props. It’s just going to be very intimate. We want it to feel like we’re playing in your living room. So that’s not going to appeal to a lot of people. But, for the people it does appeal to, I think they’ll get a really big kick out of it.

For the band, it’s something that we felt like we needed to do, for ourselves. A little palate cleanser, because every tour was getting bigger and bigger and more production and then crazier. Which is great, but at some point, we wanted to do one tour without the fat suits and the segues. Just play like a band. We’ll get that out of our system next year and then, after that, I’m sure we’ll go back to doing the big shows.

Every tour we did [in the past] was promoting a specific album, and we won’t be doing that anymore. It’ll just be…whenever we feel like it.

I&T Today: What’s this resurgence of vinyl all about? Why is that happening right now? And do you think 30 years from now we’ll see hipsters listening to Squeeze Box on CD, as opposed to some future format?

WA: Well, see, as a teenager, I collected vinyl. It was pretty much the only option. I mean, the others were cassettes and 8-tracks. But vinyl was king back then.

But the comeback of vinyl? I think it’s really great. Personally, I don’t have my turntable hooked up. I still have it. My wife made me sell or donate a lot of my vinyl. I wish I still had it, but she was like, “Well, you already have the CD, why do you need the vinyl?” Which, you know, I don’t want to go on about that.

But…I like vinyl. I know that a lot of audiophiles and hipsters appreciate the warm sound. I can’t fault it for that. I certainly miss the large art that goes along with the old LP album covers. That’s something I missed immediately when we went to CD format.

I think vinyl has a bit more romance attached to it than a CD. I mean, a CD is digital, so it’s ones and zeroes. Vinyl is analog. I think that people will always have some kind of attachment to tangible objects. Digital files are very practical and convenient, but there’s something about being able to hold something in your hand.
I just remember the joy I had whenever one of my new albums came out, and I would go to Tower Records and pick it up and I’d rub the shrink wrap against my face. But I think digital files are the way of the future. I’m not a futurist or anything, but I think, maybe 30 years from now, I’m guessing we’ll be listening to music on a chip that the government has implanted in our brains. That’s about as much as I can guess. 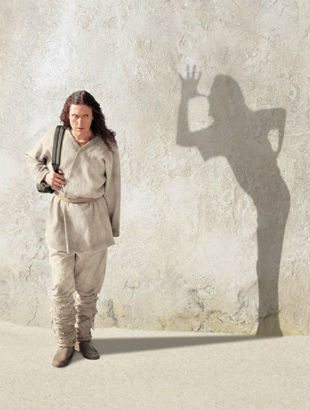 I&T Today: You’ve witnessed a lot of changes in the industry. What were the most pivotal shifts in music consumption or production? How are you able to adapt?

WA: Well, let me break that down. Consumption-wise, I think the biggest paradigm shift, to use an overused buzzword, was when Napster came on the scene. After Napster, the genie was sort of let out of the bottle. There became this overriding perception that music was free. The industry has been in free fall, ever since the turn of the millennium.

Production-wise, the biggest shift for me, personally, was the shift from analog to digital. Because, I was there when that happened, when we went from the two-inch tape to recording everything on a hard drive.

Again, there were some audiophiles that would say that, “Oh, no. You have to really record analog to get the warm sound.” I would rather just add that warmth with a plugin. Because I will never record vocals analog again if I can help it. It’s just so difficult to be a perfectionist…

Like, “Oh, this syllable’s a little sharp. Let me see if I can get that one syllable right.” Oh no. I erased the whole line. There’s no undo button with analog. So, I really appreciate the opportunity to obsess over a vocal performance and nudge a waveform if it’s not exactly right.

I try not to rely on it too much, because I want to make sure that there’s still some actual work and talent involved. But I’m not opposed to using technology to make a performance better.

I&T Today: I’ve been hearing a lot of talk about AI and robots being used to write music right now. What do you see on the horizon for music and tech?

WA: Well, I’ve got a robot writing all my stuff right now. I stopped personally writing about 2008. I think probably the next shake-up is the robots are going to try to unionize and get weekends off. I hope that never happens, because I really need them on the weekend.

What Does Your Surgeon Listen To While They're Operating On You?