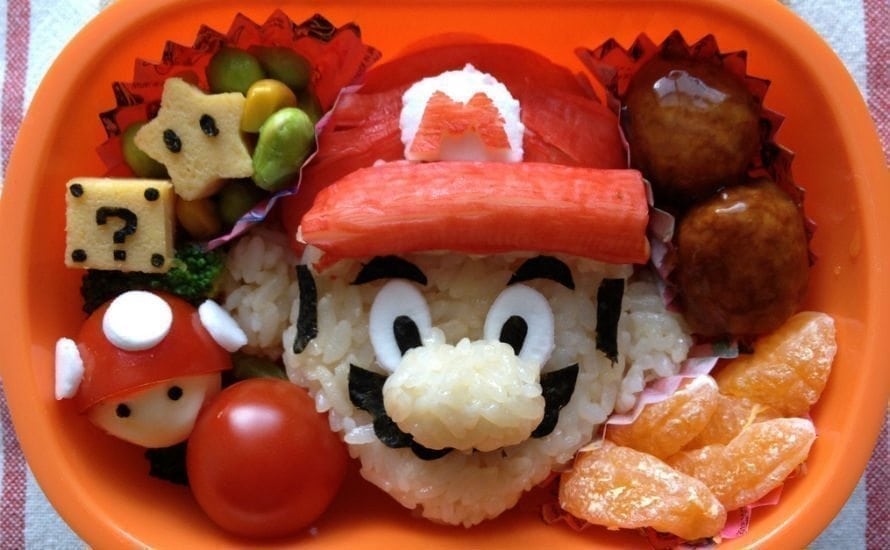 Admit it. At some point, you’ve been working your way through a video game when, all of the sudden, a delicious virtual meal inexplicably makes your mouth water. We’ve all been there. The Krabby Patty Effect (which I just invented) happens when a dish from a cartoon or video game, although being completely fictional, looks absolutely delectable. It can be confusing, desiring a meal that cannot be attained. So, in an attempt to satiate my own desires, here is a list of video game foods that haunt my dreams.

The Cake from Portal

The Cake is a lie. Or is it? Maybe its unattainability is what makes this cake so desirable. If you are not familiar, throughout the game of Portal, the main character is put through a gauntlet of rigorous tests with the promise of cake at the end. However, as players make their way through the various mazes, there are numerous hints that the promised cake may not actually exist. But then, once the game is done, it is revealed that, deep in the recesses of this testing facility, there is a chocolate cake with a single candle. And it isn’t just any chocolate cake. It is pristine, moist, and delectable. Plus, the best thing about this video game delicacy is that it isn’t far from reality. In fact, there is an Easter egg that provides players with the actual recipe.

Throughout the Fallout series, one of the mainstays in the wasteland is the famous Nuka-Cola. In fact, Nuka-Cola is so vital to the Fallout world that its bottle caps have been converted into a widely accepted currency. Plus, Nuka-Cola has one of the most in-depth backstories of most video game foods or beverages. Invented in 2044 by John-Caleb Bradberton, Nuka-Cola quickly became the most popular soda beverage in the U.S. By Fallout 4, Nuka-Cola would have nine different variations. According to its Wiki page, the flavor of this soft drink is the result of 17 different fruits mixed to exact proportions. So is it just knock-off Coke or Pepsi? Or is it something else completely?

Before you say anything, I do not advocate for the hunting of Slowpoke. But, at the price of $1,000,000, Slowpoke Tail has got to be pretty good, right? This delicacy’s first appearance came in Pokemon Gold, Silver, and Crystal, when a man on Route 32 offers to sell the player a Tail for $1,000,000. Since this is, in fact, more money than the player can physically carry, the Tail is unattainable in those games. While it does seem to be a sort of black market item in the universe (and is openly supported by Team Rocket, which is never a good sign), there has to be a reason for its high price tag. And, against all morals, I must figure out what that reason is.

Maybe I’m biased just because I like carbonara. But that is beside the point. And while most people might consider “goopy” a negative, I think it is a glaring positive. I think, in some senses, carbonara was always meant to be goopy. The real key here, though, is its simplicity. In the game, you can make Goopy Carbonara with only Level 2 Cooking Skills, and it takes about five minutes. You know what I would do to be able to cook decent carbonara in five minutes in the real world? I need to know what that power feels like.

Nearly Anything from Breath of the Wild

If you’ve played Legend of Zelda: Breath of the Wild, you have to agree with me on this one, right? So many of the things that players can cook over the campfire look absolutely delicious. The options seem nearly endless: pumpkin stew, mushroom risotto, vegetable curry, seafood fried rice, spiced meat skewer. It all sounds amazing. Plus, there are options for the meat eater, the vegetarian, the gluten-free, and all of the other diets out there. And, what’s better than an authentic, fire-grilled, camp meal after running around fighting Bokoblins all day?