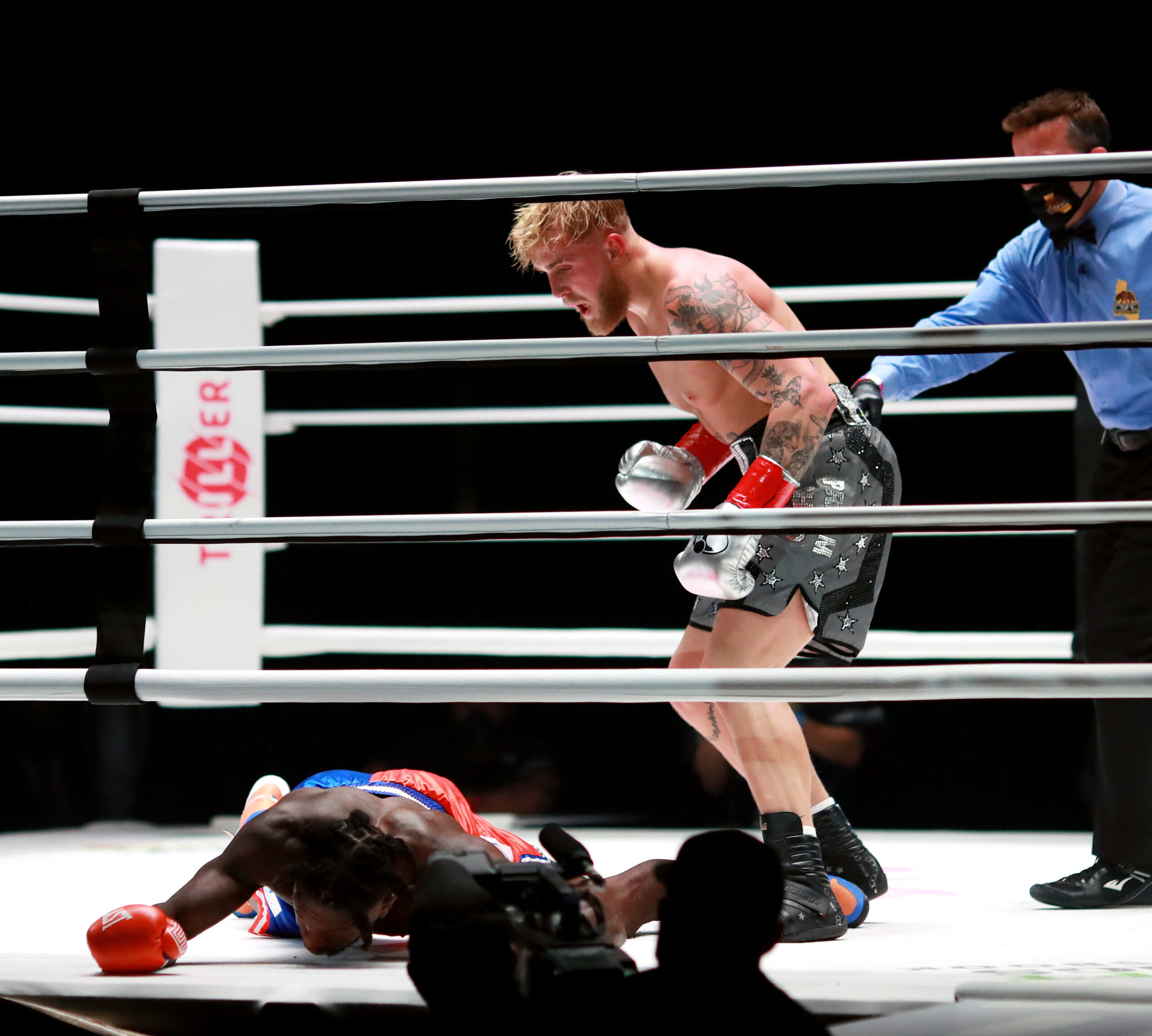 Triller will offer an NFT of Jake Paul's knockout punch of Nate Robinson from November 28, 2020. Photo courtesy of Triller.

TrillerNet, owner of the global AI-powered short-video app Triller, today announced the launch of Triller NFT Marketplace, a new global exchange for the sale and distribution of Non- Fungible Tokens. The storefront is located at https://nft.triller.co.

Triller NFT Marketplace, which is based on peer-reviewed, audited Ethereum blockchain infrastructure, aims to become one of the largest open and interoperable global marketplaces for NFTs.

“We are thrilled to launch Triller NFT Marketplace, which will set a new standard for how fans, celebrities, influencers and collectors around the world can connect and transact important moments across sports, entertainment, fashion and pop culture,” said Bobby Sarnevesht and Ryan Kavanaugh, co-controlling stakeholders of TrillerNet, in making the announcement. “Triller NFT Marketplace will provide for an unmatched level of interoperability across all kinds of tokens and currencies, on a platform that is secure and audited to ensure the safe exchange of this exciting new form of collectibles.”

“And of course, because we’re Triller, we’re launching our marketplace in the only way we know how, by doing it in the most memorable way possible. Our first Triller NFT offering, representing two great sports and culture moments of 2020, will soon belong to one lucky and smart bidder.”

The first phase of Triller NFT Marketplace’s launch will be a single auction offering comprising two individual NFT tokens. The first NFT token, from Triller’s inaugural November 28 Triller Fight Club event at STAPLES Center in Los Angeles, is the 30-second video sequence of YouTube star-turned-boxer Jake Paul delivering the knockout punch to NBA’s Nate Robinson in one of the most talked-about and controversial sporting events of 2020. The knockout punch received tens of millions of views and became the #2 trending topic on Twitter the day of the event.

The two videos create what is believed to be the first-ever combined current and ‘future’ NFT token offered to the public and has a Buy-It-Now option priced at $10 million. The bidding window will end 30 seconds after the final punch is delivered in the April 17 Paul-Askren bout.

“One thing is certain, if there’s another knockout, the winning bidder will literally own a piece of 2020 and 2021’s most important entertainment culture moments,” said Mike Lu, CEO of Triller.

The next phase of the NFT Marketplace will include the ability of influencers and other culture-setters in the Triller network to create and market their own NFT tokens, with the final phase allowing all qualified NFT Marketplace users to make and trade their own tokens in a resale-friendly secure and audited environment.

The Amplify.ai engineering team includes experts responsible for many of the milestone advancements in internet and cryptosecurity at global scale, including public key infrastructure (PKI) for SSL, the foundation of security for the internet.

Why are Checks Still Being Used in 2021?