Photographer Tommy Corey didn’t know he was a hiker at heart. He only discovered his love of the trail just a few years ago. The journey it’s taken him on since is one that has shaped the course of his life and his career, and perhaps spawned an entirely new form of art which Corey lovingly refers to as “Hiker Trash Vogue.” His photographs are now on sale through his website and in a book by the same name.

His subjects are fellow hikers, those he’s met along the trail who inspired him with their vulnerability. There is a quality to his images that’s captivating, perhaps because it’s something that has become uncommon in our society. The people in his photographs look genuine. They have scratches, scars, tangles, and emotions. They don’t look photoshopped and their clothes weren’t inspired by the runway. Yet, they appear high-fashion.

We spoke with Corey while he was hiking Mount Laguna, a section of the Pacific Crest Trail (PCT). We connected in a rare moment when he had cell phone service and his voice sounded as crisp as the mountain air through which he hiked. 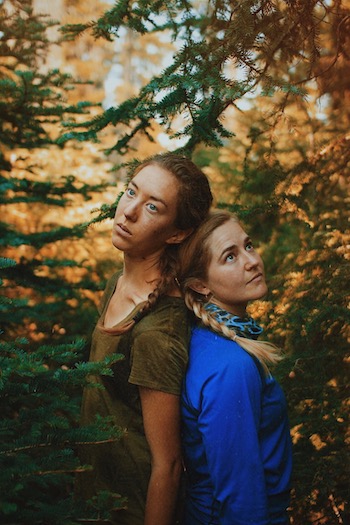 Innovation & Tech Today: What was your motivation to start your first hike along the Pacific Crest Trail?

Tommy Corey: I lived with a guy in Portland who had hiked the Appalachian Trail and he was gearing up for a 2017 hike up the PCT. So in 2016, he invited me. At that point I’d been shooting a lot of weddings and was just… not in the place I wanted to be with my career. I was also bartending because work wasn’t consistent enough.

So it was really like, “I just need a change; I need to go find my creativity again.” I’ve been shooting since I was 12, so photography is my life. I’ve always wanted it to be something that could just be a career and not have to do anything else. I felt like hiking the trail might bring me something different. It would challenge me, obviously physically and mentally, but also creatively.

I&T Today: You didn’t complete the PCT on your first hike. Why did you return to it?

Tommy Corey: I started with the intention of having a full thru-hike, but it was a lot harder than I imagined and I wasn’t enjoying it as much as I thought I would. It’s funny; I was actually quite miserable through most of it. My body hurt and I just felt really out of shape. I did about 900 miles my first time around.

When I got off the trail, after about two months, I went home to Portland. And only a few weeks went by and it was like, “Holy s***, that was such an amazing experience. I wish I would’ve stayed on trail.” That’s what made me come back last year and do a full thru-hike. I re-hiked those 900 miles and then did the entire trail and had the most amazing time. 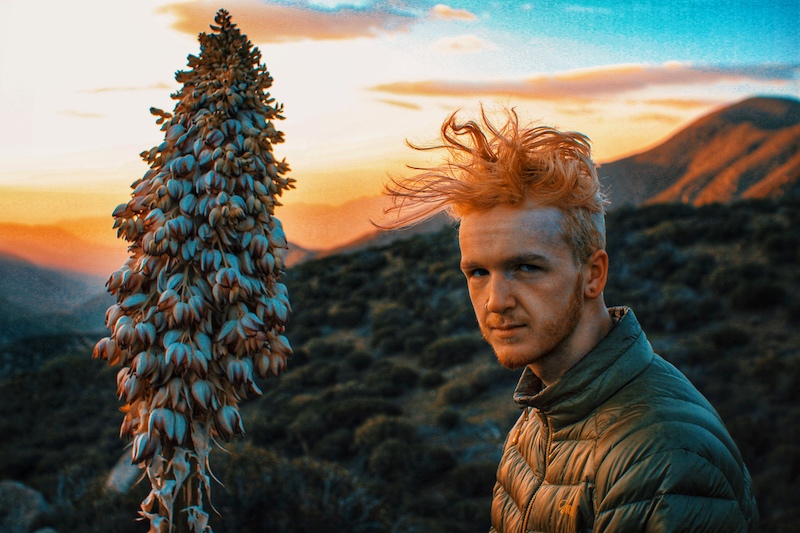 I&T Today: What was your most valuable piece of technology on the hike, other than your camera?

Tommy Corey: My camera [laughs]. I mean… my phone. I edited all my pictures on my phone. I actually toyed with the idea of shooting film on my thru-hike last year, because I learned on film. I shot film for probably six or seven years before I even picked up a digital camera.

I’m a self-taught photographer, so I toyed with the idea of going back to my roots and shooting film. But, I know myself too well and I’m very impatient. I wanted that instant gratification, knowing like, “Cool, I hiked 25 miles today and I got some awesome photos.” I can sit in my tent at the end of the night and edit those photos and be really excited to show them to everyone the next day.

Honestly, my project is probably the biggest reason I finished the trail last year. It kept me so motivated and it connected me with a lot of hikers. As I got further along the trail, more and more hikers would recognize me and want to be part of it. It was just a really beautiful experience.

I&T Today: How did the trip help you to better understand yourself as an artist? 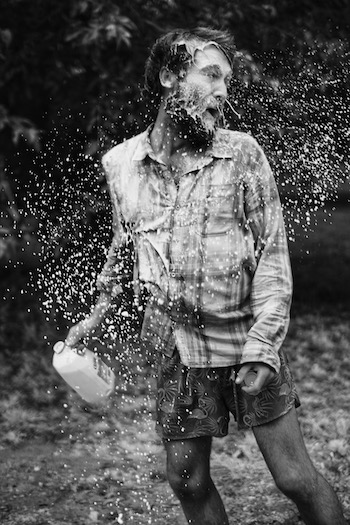 Tommy Corey: I always felt kind of, I guess, pompous referring to myself as an artist because I was always shooting weddings. I would do side projects and take editorial style photos of people in my real life because that’s how I like to photograph. I’ve always liked fashion photography, since I was a kid.

But as I got older, I went to school for a little bit and studied fashion for a semester because I really wanted to be a fashion photographer. Once I dove into that and worked with a lot of the fashion kids, I realized, “Wow, these aren’t my peeps.”

My project was a way of integrating these dreams I had as a kid into what is valuable to me now. And through that, I feel like, being on the trail, I was finally who I was, who I always wanted to be.

I feel like the trail turned me into the adult I daydreamed I would be as a kid. I was finally feeling like my most authentic self, which also made me feel like my work was the most authentic it’s ever been. It was just very real and I was shooting what made me happy, doing something that made me so happy, and that was so challenging.

I think, though, that I really realized this is what art is. Art is how you translate your life into what you’re passionate about. 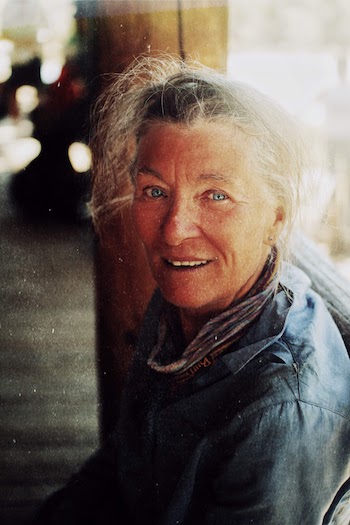 I&T Today: How do you decide how to pose your subjects? Was it the surroundings that inspired the pose or the person you were photographing?

Tommy Corey: I pose people depending on how I think they will look the best. Because what I’ve learned about my work, especially in the last couple of years, is I don’t want people just to like a photo of themselves. I want them to look at a photo of themselves and be like, “Wow.”

Not just, “I look beautiful in that photo,” but, “I felt beautiful.” That’s really important to me. And it’s so funny that some of these hikers would tell me that, yet we’re in the middle of the woods and we all smell like s*** and we haven’t showered for weeks at a time, sometimes.

Yet we all feel so good about ourselves. It’s funny how thru-hiking turns you into this really vulnerable person, where you’re your most authentic self. And it’s really valuable to me to have someone feel beautiful from a photograph I’ve taken of them.

Tommy Corey: I think it makes us more open to the world around us. When you put yourself in vulnerable situations people can see the authenticity in you more. I think it connects you better to other people, if that’s your goal.

The people you meet on the trail just never compare to the friends you make in real life, because of what you go through, and because when you are out here you’re just this raw, stripped-down person. You can’t hide who you are on the trail. You’re tired, you’re sore, you’re irritable. But you’re also extremely happy. You’re extremely proud of yourself for making the miles you said you were going to do that day.

We go through this wide range of emotions in this short six months and it completely changes your life. And you experience that with so many other incredible people from around the world. I think that’s why, as thru-hikers, you become so incredibly close with people. You’re spending so much time with each other and we’re not just on our phone the whole time. We’re sitting around a campfire, we’re walking together, we’re having emotional conversations.

That vulnerability is what really finds us. And it’s really hard to take back into your real life. You learn how to be present on trail.

It’s funny when you get back in your real life, you start to kind of lose it and you have to remind yourself how to continue to be this raw, emotional person that you learned to be on trail. 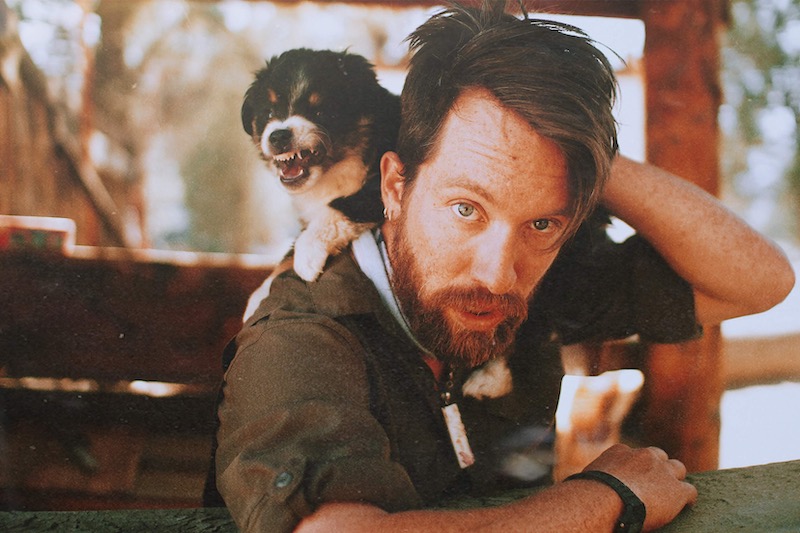 I&T Today: Can you tell a difference between photographs you took on happy days versus those from days you were feeling low?

Washington is the last section, so we only had 500 miles to go. I was so proud of myself for making it that far. I was also so incredibly ready for it to be done because my body was starting to hurt. But, I was also so sad it was ending.

So, Washington was this incredible, insane mix of emotions I had never felt before. It’s something I can’t even describe. The only way you can describe it is to other hikers, because they feel it too.

It kind of feels like the first time you see the southern terminus, which represents the beginning of your journey. That feeling is like what you feel finishing a thru-hike. It’s this weird, fuzzy feeling around your heart and it almost feels sore.

But, not in a painful way. It’s so hard to describe… But, if you look at the five sections in my work, Washington is my favorite because I was so emotional and I could see that in my work.

Now, looking back, my work from Washington was dark and eerie, but also vibrant and beautiful. I feel like Washington was my most beautiful work from the entire trail because I felt like that’s when my heart was really exposed. 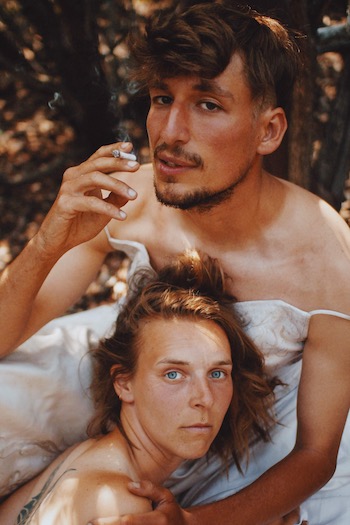 I&T Today: Did thru-hiking make you reconsider your relationship with technology? You mentioned that you try to be mindful and keep your phone on airplane mode – call your mom, post some photos, but not be too involved with it. Was that a goal on your hike?

Tommy Corey: Maybe that’s a bad question for me, because most people know me because of my Instagram. And I love posting my work. I have over 10,000 people following me because of Hiker Trash Vogue. For me, it wasn’t like, “Oh cool, I have all these followers.” It was like, “Wow, this is awesome! I finally get to share my work with people from around the world.” Which is what I’ve wanted since I was a kid.

Especially since I put so much time over the last 20 years, so much effort, so much money, in crafting this thing that is very unique to me. It feels really great to share it with the world.

I get guilty sometimes for using my phone too much and being on Instagram a lot. But it also comes from a very authentic place. I’m just happy to share my work, and this is kind of how we share things now, through Instagram.

I&T Today: So, in a way, it made you more appreciative of technology?

Tommy Corey: Oh, absolutely. I think, without Instagram, I wouldn’t be able to share my work on such a large scale. I wouldn’t have the opportunities I’m experiencing. I probably wouldn’t be having this conversation right now. 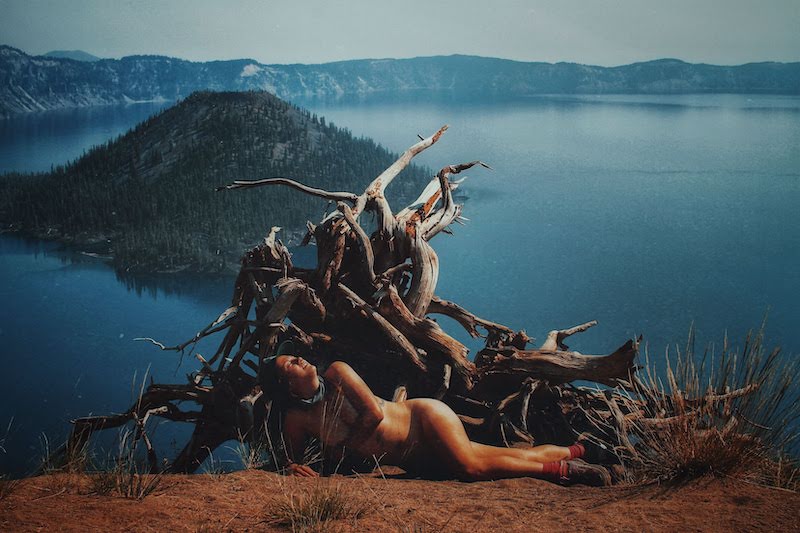 I&T Today: What advice would you offer other hikers who want to practice their art while they’re on the trail?

Tommy Corey: I say, whatever you feel you can bring to the trail, do it. Don’t worry about if it weighs too much and don’t worry about if people are going to see it or not. That’s not the point. I mean, I would’ve done Hiker Trash Vogue whether people saw it or not. I just somehow got lucky and maybe used the right hashtags or something. I don’t know.