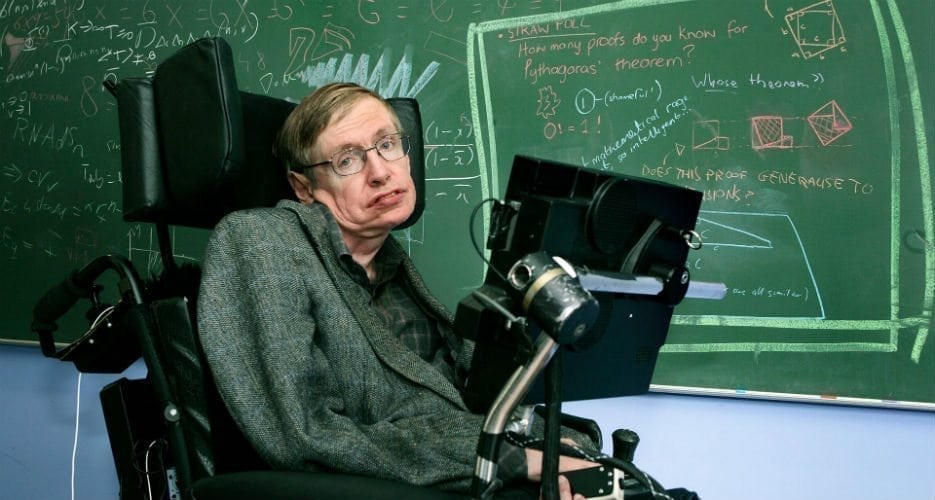 It’s rare that geniuses and innovators spend much time in the limelight. Many of the world’s greatest geniuses have been socially aloof, concentrating primarily on their work rather than participating in pop culture. Of course, today, we have the likes of Elon Musk, who is nearly constantly thriving in the spotlight. However, before Elon Musk became the pop culture icon that he is, there was Stephen Hawking. With incredible intellect coupled with witty humor, Stephen Hawking became a household name, being one of the most incredible minds in the science realm, all while making consistent appearances in pop culture. It was his humor and inspiration that made him relatable to the world. While not everybody could understand his work regarding black holes and theoretical physics, most everybody could relate to a man who overcame extreme adversity — and laughed while doing it. In light of his passing yesterday, here are some of the best Stephen Hawking appearances in popular culture.

Stephen Hawking and the Roast of John Oliver

“Is there a universe where I am smarter than you?” John Oliver eagerly asked Hawking in an interview. “Yes,” Hawking responded, then following up with, “And also a universe where you’re funny.” With a smile on his face, Hawking had roasted Oliver for the umpteenth time. When Oliver later asked if there was a universe where he could go on a date with Charlize Theron, Hawking pretty much said that it would be scientifically impossible. And, as one of the greatest minds in science, he’s probably right.

In a promotion for Ant-Man, in which Paul Rudd’s character takes a trip to the quantum realm, Paul Rudd challenged Stephen Hawking to a game of quantum chess, which is kind of what it sounds like. As explained by Keanu Reeves, quantum chess is a variant of regular chess where the pieces have been imbibed with quantum properties, meaning they can exist in two places at once. What’s more impressive than Rudd’s ability to learn quantum physics in just a few hours is Stephen Hawking’s hard-hitting trash talk throughout.

In what might be Hawking’s most famous TV appearance, he made his sitcom debut during season 10 of The Simpsons. Showrunner Al Jean told The Hollywood Reporter how great Hawking’s sense of humor was: “He would tell jokes when he came to our table reads, which he did several times.” According to Jean, some of the jokes were written by Hawking himself, showcasing his incredible mind for both science and humor. While his scientific discoveries were groundbreaking and incredible, it was his personality that made him relatable. As Jean put it, “He popularized science for people who may not have been interested in it … He was certainly a hero to all of us.”

Titan's Massive Methane Lakes Could Be Encrusted with Crystals