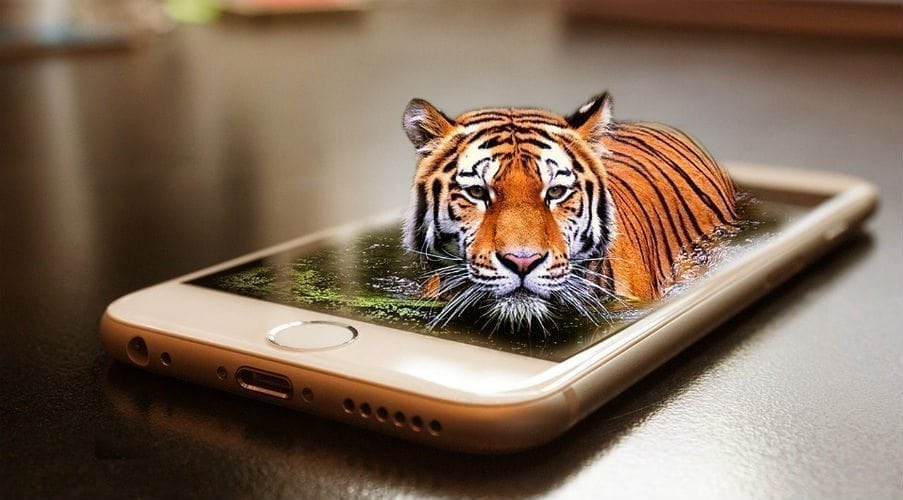 Do you scroll through your phone and find yourself wishing you could do more to help save the world? Wish no more, because now there’s an app for that. Black market wildlife trading and illegal animal poaching is estimated to be worth more than 23$ billion a year. The illicit trade of endangered species by highly organized criminal syndicates affects countries across the globe, particularly areas with rich biodiversity like Southeast Asia. Wildlife enforcement officials are beginning to use advanced technologies, including phone apps like Wildscan, high-resolution drones, and advanced DNA barcoding, to track and monitor the illegal trade of threatened species being pushed to the edge of extinction.

Battling the flow of endangered species for illegal trade is a difficult task for law enforcement officials. Customs agents and wildlife enforcement networks must accurately identify tens of thousands of species from memory and outdated reference books. This is where the Wildscan app can be the most useful for overworked officials who often have to rely on non-governmental organizations (NGOs) to perform investigations at local wildlife markets and report back to the police. According to Pham Tien Thinh from the Forest Protection Department of Vietnam, “Before using the Wildscan application, we identified species by using photos from magazines and the news.”

Law enforcement agencies, as well as casual phone users, can now identify endangered species using high-resolution photos and report illegal collections of terrestrial, marine, and freshwater animals to the proper authorities. Wildscan not only includes clues to identify over 700 protected species but also offers primary care tips for injured animals. The app is playing a critical role for the United States Agency for International Development (USAID), the Association of Southeast Asian Nations’ Wildlife Enforcement Network (ASEAN), the Wildlife Conservation Society (WCS), the Sumatran Orangutan Conservation Programme (SOCP), and several smaller Southeast Asia wildlife protection agencies. According to Matthew Pritchett from the anti-trafficking group Freeland Foundation, “What a lot of people don’t realize is that law enforcement officers are not biologists. There might be some of them that specialize, but when it comes down to it we are talking about something like 25,000 to 30,000 species across the world that are protected from international trade.”

The app has already been downloaded thousands of times in dozens of countries. One of the most notable raids to make use of the app occurred in late 2015 in Thailand. Officials found and seized 360 cobras, 39 Asian box tortoises, and 125 Asian forest tortoises from an illegal trafficking ring in the Rattanawapi district of the Nong Khai province.

Though the progress from technological advancements is encouraging, there remains a lack of political motivation to address the well-financed black market in developing countries. A 2015 report by the USAID noted that enforcement resources are limited and prosecution rates are low, in part due to outdated laws and scarce funding for wildlife conservation. Pritchett is careful not to be overly optimistic about the implications of Wildscan: “Without government will, no amount of technology will ever change anything.”

This Investment Group Says: "Do More to Fight Climate Change"

What You Need to Know About Home Energy Monitors