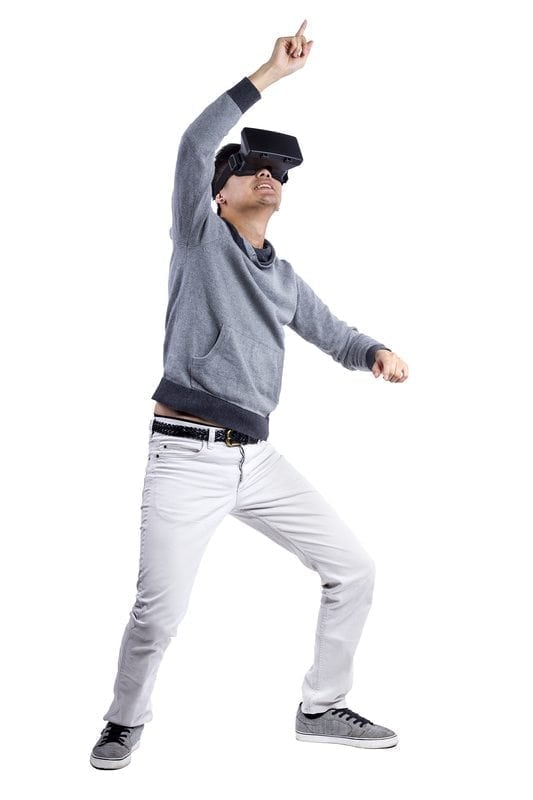 Most game developers interested in virtual reality are content with creating content for existing VR platforms like Oculus Rift, HTC Vive, Sony Morpheus, or Samsung Gear VR. But Swedish developer Starbreeze decided to design its own StarVR headset in tandem with its first VR game demo based on Robert Kirkman’s The Walking Dead. There’s no launch date for either the full game or StarVR, but this new VR technology made its debut at E3 in Los Angeles for media, and it was revealed to fans at Walker Stalker Fan Fest during San Diego Comic-Con. A semi truck is now touring the United States with the Walker Stalker Fan Fest to give additional fans the opportunity to enter Kirkman’s world in this four-minute game demo.

The game demo puts players in the wheelchair of a surgeon who just cut off his own legs to save himself from becoming infected. He’s then wheeled through an animal hospital as Walkers attack from all sides. But he also has to contend with the survivors who have their own agenda, and only want the keys he possesses. The game features plenty of zombies to shoot at, but also some intense character interactions.

“We believe virtual reality to be the next thing in games,” Emmanuel Marquez, Chief Technology Officer at Starbreeze, says. “When we looked at James Cameron’s first foray into 3D movies, he designed his own cameras, so we thought we needed to make our own hardware for VR games.”

The StarVR headset differentiates itself from the competition by using dual quad HD screens that wrap around one’s peripheral vision with a 210-degree field of view. Marquez says this total immersion, which includes 5K VR visuals, helps combat issues like motion sickness.

Marquez has been involved in virtual reality for the past 20 years, but he says what differentiates today’s booming market is the lighter, more affordable high-resolution screens that have become available thanks to advances in smartphone technology. It also helps that companies like Facebook, Microsoft, Sony, Samsung, Valve, HTC, Unity, AMD, and Nvidia are all investing in VR. 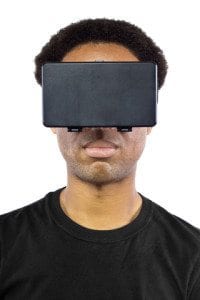 “We need to create a new ecosystem with content for every kind of entertainment and game,” Marquez says. “The Walking Dead is a global mainstream property, which is great for attracting an audience that’s never tried VR. It’s also perfect for VR because Robert Kirkman’s universe allows us to connect with players’ emotions, especially fear, which is a very different gaming experience with full immersion.”

The StarVR headset also allows Starbreeze to add real plastic guns to the mix through tracking technology. The Walking Dead VR game uses a prototype shotgun, which has to be physically cocked after each shot in the real world to take out virtual zombies.

“The tracking system we’ve designed is easy to implement not only for the headset, itself, but also things like the gun,” Marquez says. “We use markers for position tracking, but also any device you could put in the same field of the camera.”

Marquez would like to see all future Starbreeze games developed with a VR experience designed for StarVR. They could follow the model of The Walking Dead, which has a separate PC, PlayStation 4, and Xbox One game in development separately from the VR game. Dan Murray, president of Skybound Interactive, likes the new StarVR headset and believes it could be used for additional Skybound properties and potentially by other game developers in the future. “As we got deeper into the conversation with Starbreeze about StarVR, we thought it’d be great for other things we’re doing at Skybound,” Murray says.

Starbreeze is taking its time developing StarVR and is not releasing a launch window. The game company is also hedging its bets by allowing The Walking Dead VR game, which also has no launch window, to work on other VR headsets like the HTC Vive. Given that Digi-Capital forecasts VR will become a $30 billion business by 2020, there’s no rush to get a headset to market. Piper-Jaffray forecasts there will be over 12 million VR headsets by the end of 2016, but the real growth of this space will occur through 2020 and beyond.

The good news for fans is that you don’t have to buy a VR headset to play a new game. Starbreeze is also developing a co-op game set in Washington, D.C. that features some of the same characters that appear in the VR game. That game will be coming out for PC, Xbox One, and PlayStation 4 in 2016.