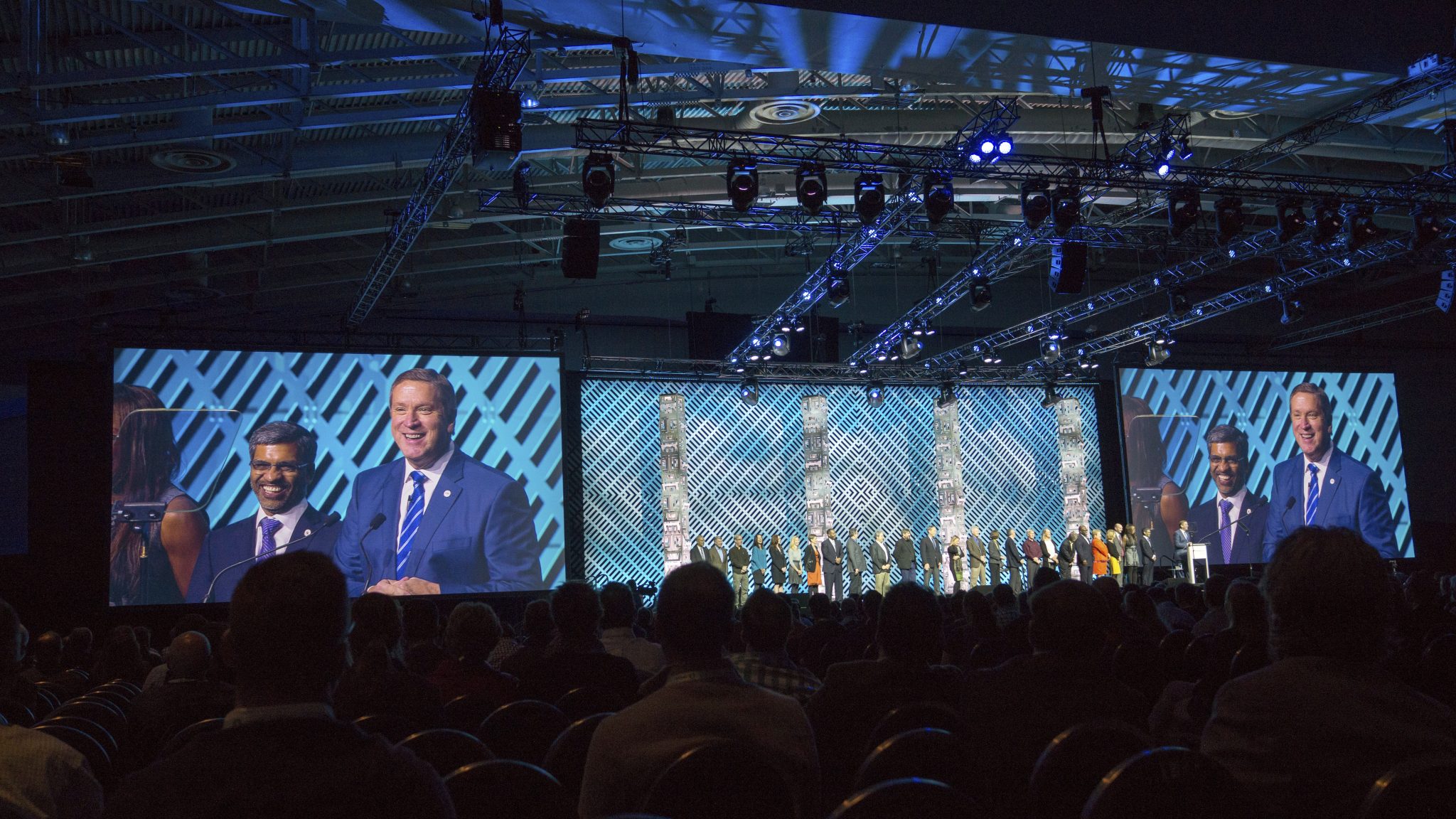 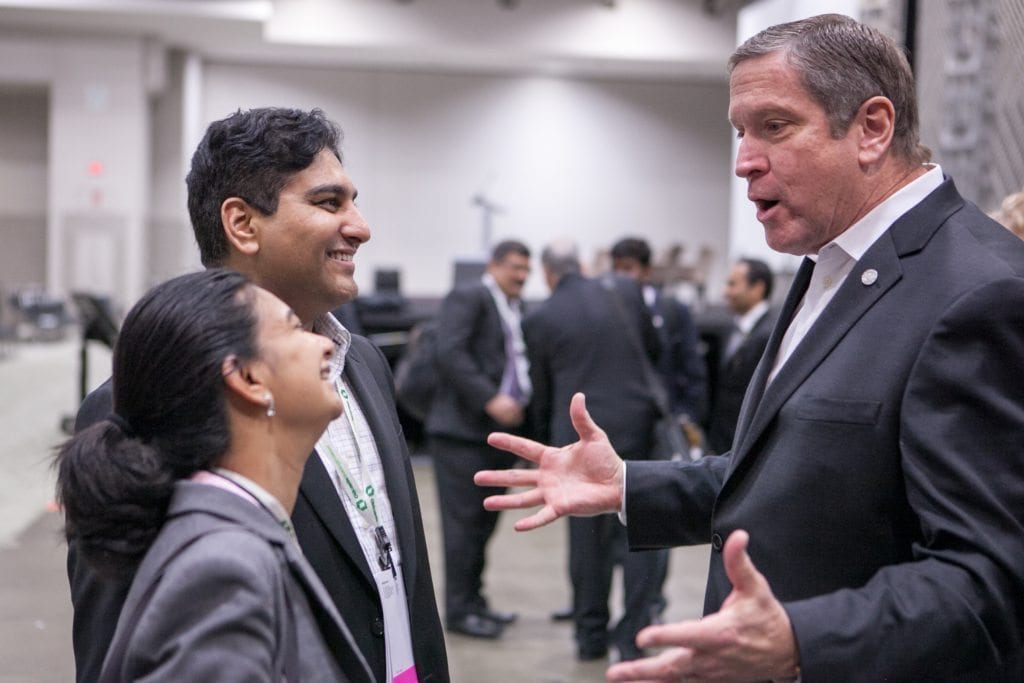 Innovation & Tech Today: Tell us about your background as the CEO and Founding Chairman of the U.S. Green Building Council.

Rick Fedrizzi: I am one of three founders of the U.S. Green Building Council. I worked for United Technologies Corporation for 25 years almost to the day, and during my last seven or eight years there, I was tapped to help the company become more sustainable. As a result, I met this guy named David Gottfried, who had a great idea about bringing businesses to the table to create a sustainable pathway to ultimately work to solve some of the worst problems that we have environmentally.

I&T Today: Would it be safe to say that you guys were trendsetters?

RF: When I look back, I can see we were obviously inspired by so many amazing environmental organizations who did the heavy lifting early on. And in that vein, we started to ask, What are the largest contributors to environmental degradation in the world today? It was clear that the real estate industry was a huge contributor. We knew we wouldn’t get anywhere if the developers, engineers, and owners weren’t at the table. We needed to help them understand that they have a voice, that we had a great opportunity for collaboration.

We had two specific ways we were going to show the world how to build green buildings. Number one: We needed a rating system, which has become the LEED rating system. Number two: We needed a conference. Educating people and getting them engaged at very high level through a conference would stimulate interest, bring more people to the table, give more people a voice, and ultimately drive forward change in this industry that we’ve never seen before.

I&T Today: And that conference is Greenbuild?

RF: That is Greenbuild.

I&T Today: How has it transformed through the years?

RF: Greenbuild is somewhat magical. It started as a way for us to just share information with our members, but we had this moment where we realized we were preaching to the choir if it was only our members.

So, we created an open door conference. Any stakeholder who wants to come to the conference has the ability to attend. We thought early on about how this conference could be different from other conferences. Obviously, we needed a tradeshow. At the same time, I’m a firm believer that true education happens in a variety of ways: storytelling, great networking opportunities, and sharing exciting moments, which is why we have concerts. We mix in six or seven master speakers and an amazing opening plenary with speakers such as President Bill Clinton, Secretary Hillary Rodham Clinton, Vice President Al Gore, Archbishop Desmond Tutu, and in 2015, we had director James Cameron. It’s a huge education opportunity.

I believe firmly that Greenbuild has played an unbelievable role in getting people excited to take on the hard work that’s in front of us. 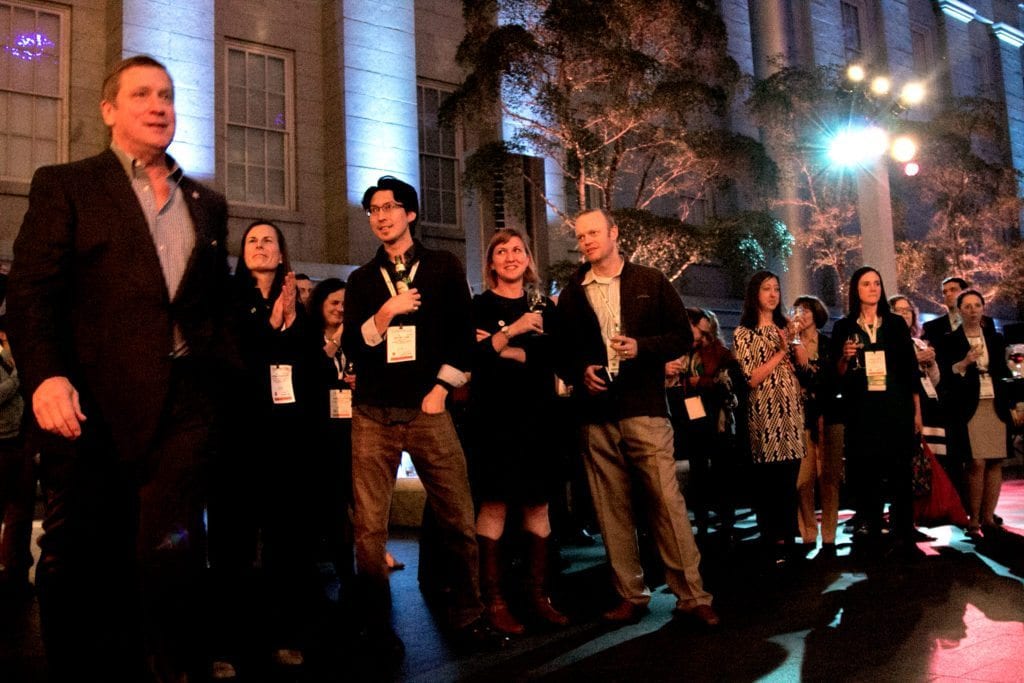 I&T Today: Why do you think that the millennials have embraced sustainability?

RF: To me, it’s very simple. I think that that millennials grow up not only with a greater respect and a greater knowledge of nature to some degree than us baby boomers, but they are also keenly aware of the politics surrounding the destruction of nature. The book I wrote was really a message to millennials. However you decide to pay off your student loans and get to work (you might be an architect, engineer, designer, schoolteacher; you might be a financial executive or an insurance broker; you might be a journalist), whatever your interest is, there is a direct pathway for you to also be an environmentalist. You can tie environmental interests to your interest in being a capitalist. The word ‘capitalist’ is always viewed in a negative way, but most people want to start families, send their kids to college, have a decent home, and have a vibrant life. Those things take money to do. This idea that you can actually love the work you do, make money, and live a fulfilling life that contributes to our sustainable future is a very real possibility.

I&T Today: You can want to take care of the environment and make money at the same time. A lot of people think it has to be one or the other.

RF: Yes, and that’s so wrong. Honest to God, I don’t know how that happened. People think to be a true environmentalist, you must be poor. First of all, that is not true.. Secondly, I have probably 40 to 60 case studies of businesses who are hugely successful with their green product lines and their green building activities. They will continue to spend more money advancing those products. At the same time, they’re learning that there’s a brand-new workforce coming up in these young millennials. They want a job with purpose. They want to work for corporations that are respectful of the environment, of the economy, and of their communities. They are interested in a 500 year plan, not a 30 day or 90 day plan.

I&T Today: What role will business vs. government play in sustainability?

RF: I won’t get into the quagmire of government, but if anyone thinks that our government – state, local, or federal – is going to get us out of this problem, they’re sadly mistaken. The real way that we’re going to get out of this is to encourage the largest industries in the world to figure out that sustainability is profitable and profitability is sustainable.

By: Charles Warner and Melissa Hirsch