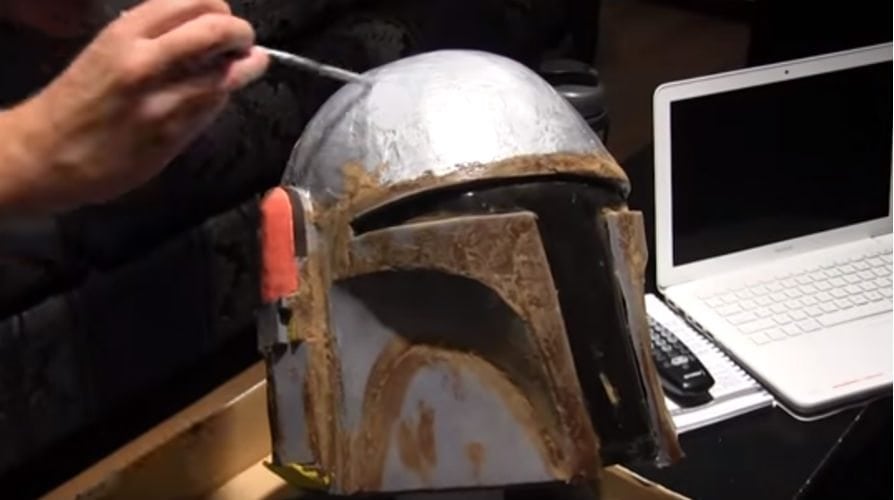 Oh look, another Star Wars article! I’m sure you haven’t seen any of those lately. Yes, I’m as surprised as you are, but the lesser-known series of indie space stories is popular once again. The Star Wars franchise has no shortage of iconic weapons, armor, and helmets. And the internet has no shortage of build videos. Do you see where I’m going with this? Probably not. Let’s combine the two and take a look at the best Star Wars build videos available on YouTube.

Boba Fett is such an interesting character. On the one hand, he has one of the most fascinating appearances in the Star Wars universe, with a look that conveys the mystery of a bounty hunter. On the other hand, he premiered in the Star Wars Christmas special and met his end by getting knocked over by someone that temporarily couldn’t see. (Cue the comments telling me all the great things he’s done in some extended universe books I’ll never read.) However, his helmet looks cool, and that’s why you should check out this build video.

Who wouldn’t want their very own version of R2-D2? After all, it can jetpack, talk to people that understand it even though it speaks in bleeps and bloops, and even serve drinks. So, if it existed in real life, it would pretty much be my best friend. Well, if you wanted to build your very own version of the popular droid, just watch the video below …And the other 15 videos in the series. Good luck with all that.

About a year ago, I wrote an incredible article you should absolutely read about whether or not we’ll ever have real lightsabers, coming to the conclusion that it will most likely never happen. Well, that article is now pretty much useless thanks to a video posted by YouTube user the Hacksmith. While it’s obviously not made of light, the “protosaber” created on the popular video did look exactly like you always imagined, even burning at 2500 degrees. And so, because he committed the ultimate crime of proving me wrong, please don’t watch his video.