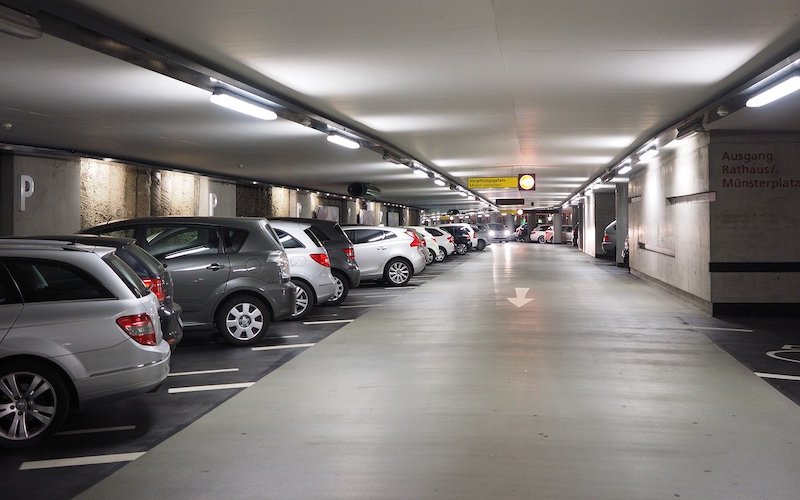 Image by Hans Braxmeier from Pixabay

City officials across the world are in conversation about the frequent redundancy of car parking space, comparing it to the ever-increasing need for more buildings. Whether for housing, business development, or social projects, a growing population demands more infrastructure. In the U.S. alone, it is estimated that there are between 105 million and two billion parking spaces – which potentially means more parking spaces than there are cars in the entire world. With this ongoing battle between car parks and a need for land, we explore how technology could be the answer.

The IoT (Internet of Things) system of communicative devices is a significant aid to parking. Already in existence in many corners of the world, it can enable drivers looking for parking spaces to see, in real time, if and where there are vacant spaces. Developing from a system in which drivers can approach a multi-story parking lot and see a red or green light above spaces, more recent IoT technology has even more capability. Before even arriving at a parking lot, those who want to park in garages that have Narrowband IoT (NB-IoT) installed are able to check availability using an app.

So, how can IoT technology help in a city’s cry for more building development? After IoT was implemented in areas of San Francisco, the San Francisco Municipal Transportation Agency (SFMTA) published findings regarding the difference it had made. This included the fact there was a 43-percent decrease in the average time it took a driver to find a space, and a 30-percent reduction in miles travelled while looking for a space. This evidence suggests that such technology can lower the need for so many parking lots in one area, enabling all spaces to be filled in a few instead.

The use of automation technology in cars and parking lots is proving to be significantly effective. In Boulder, Colorado, for example, parking provider ParkPlus have installed a fully-automated parking system in a certain development. Technology installed here uses robotics to park vehicles. Upon entry, a vehicle is scanned with lasers, and a robotic valet in the form of moving platform lifts the vehicle and transfers it to a parking space. The system is akin to an automated storage rack and enables four times as many cars to be parked in the same amount of space as a conventional garage, simply because there is no need to leave space between vehicles.

Parking systems like this exist in progressive cities across the world and are likely to become more common. This is because they are far more efficient in their use of space than traditional parking lots, thereby negating the need for so many lots. With fewer lots, comes more space for urban development.

Many would argue that robotic cars are a far more futuristic solution to parking problems, but the fact is, a number of cars in production are already being fitted with park assist technology. Plus, they are more affordable than you might think. If and when self-parking cars become the norm, there should be an opportunity to reform parking lots. Park assist technology enables cars to be parked more efficiently, and as a consequence – similar to automated parking lots – it should be possible to have more cars parked in the same amount of space. Cars without park assist can also benefit from the addition of parking sensors as a car modification.

A step on from this, it is likely that the future will bring entirely self-driving cars. If these become the new norm, there is a massive potential to re-examine entire cityscapes. This is because robotic cars will have the capability of driving much closer together. Not only this, but there is a proposal for robotic cars to be shared and used as a public service, rather than be owned by members of the public. Similar to the ride-sharing scheme with services such as Uber, shared robotic cars would lower the number of vehicles on the road, and even negate the need for parking lots altogether.

With an ever-increasing population and consequent demand for more space, the world’s most populous cities are in dire need of some innovative solutions. As with most matters in today’s modern world, technology is likely to play a significant part in this journey. We will no doubt see an increase in the implementation of the aforementioned parking systems, and probably further, unforeseen concepts that the world’s most brilliant minds are already working on.