How Smart Cities Will Be Transformed by 5G Technology

There’s no denying it: cell phones have become indispensable around the world. According to GSMA Intelligence, more than five billion people had a mobile phone connection in 2017. By 2020, that number is expected to rise to 5.5 billion – more than three-quarters of the world’s population.

Back up a bit to 1995, when Sprint aired commercials describing their network to be so reliable that “You can hear a pin drop.” Even with today’s 4G technology, that kind of network consistency simply hasn’t kept pace.

Dropped calls and insufficient access to data are commonplace, usually due to system density and lack of bandwidth which can lead to “no service” zones. While this may be tolerable for consumers, dropped signals are unacceptable for the mission-critical data in smart city IoT deployments.

Smart city technology is already beginning to make an important impact, especially in severely congested cities that must prioritize solutions for public safety, pollution, and parking. In 2018, a fire at a fitness club in the South Korean city of Jecheon killed 29 people – a disaster partially blamed on illegally parked cars blocking access to emergency vehicles.

Smart technology can present solutions that not only advance a city’s communications but help prevent these types of tragedies. Battery-operated, low-maintenance parking sensors, for example, can be wirelessly connected to gateways that collect data and communicate with remote servers, triggering instantaneous alerts for parking infractions.

Other information and communications technologies, connected via intelligent networks, can offer solutions for heavy traffic, street lighting, and flood control. While parking is far from the only application of smart city technology, this example specifically highlights how data collection, data analysis, and data distribution must all function in concert to be useful.

Paving the way to these new technological capabilities is 5G. This next generation of cellular wireless technology isn’t available to the world yet, but it addresses many of the shortcomings in the present 4G networks — and it’s essential for applications in IoT market segments.

“There’s more to 5G than high-speed capability,” says Fybr Senior Scientist Edwin T. Horton. “It’s a fusion of technologies that will advance the overall system for both individual users and city-wide applications.”

The key differentiator between 4G and 5G is bandwidth. When fully deployed, minimum expected download speeds will be 1,000 times faster than 4G. What’s more, the placement density of network nodes will be far greater than existing 4G deployments. This eliminates the location dependency we see today — meaning “no service” zones will become a thing of the past.

Fybr is one solutions provider whose mission is to give cities an intelligent, flexible interface that’s capable of quickly and efficiently collecting and analyzing real-time data based on a city’s specific needs. Whether for transportation, water management, or parking, Fybr’s technology saves time and money and leads the way to a safer, more sustainable future for urban environments.

While it may still be a while before we can tap into the power of 5G on our personal cell phones, the future of citywide IoT systems will rely on reliable data delivery – and 5G is primed to deliver.

To learn more about how Fybr is leading the way with end-to-end IoT solutions, visit fybr.com. 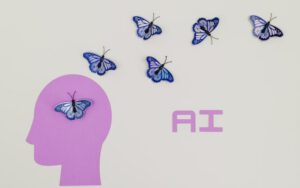 Chat GPT is Just the Beginning of the AI Economy