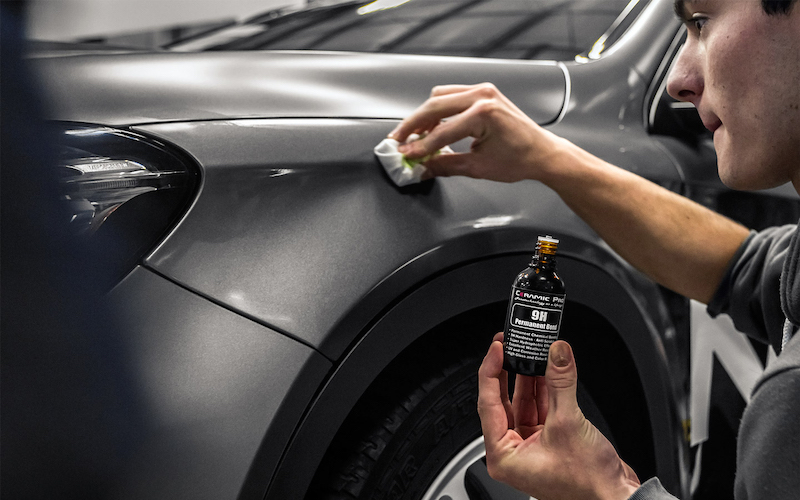 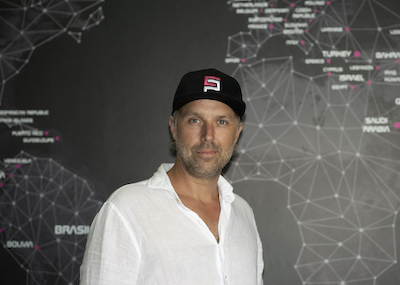 As a serial entrepreneur in Sweden, Diebitsch helped build an array of successful companies. “What I have done since 2006, what my expertise has always been, is set up new businesses,” he explained. Independia Group, of which Diebitsch is the founder, currently owns seven companies. However, it was around 2012 that he began looking for a new venture to get his hands on. That’s when a friend introduced him to Ceramic Pro. “At that point,” he said, “the company was completely new on the European market and it introduced me to nano-technology.” Ceramic Pro, a Taiwanese company, had been looking for someone to lead their North and South American distribution efforts, and the technology was impressive enough to get Diebitsch’s attention.

However, taking a business to the U.S. wasn’t a move without risk. “I was part of a European CEO association,” he started. “When I explained to them that I was going to move to America, they all started laughing … They said, ‘Why would you move your business to the cemetery for European companies?’” But, in the face of their objections, Diebitsch moved forward with his plan. With his years of business expertise, he brought Ceramic Pro to the U.S. market and revolutionized automobile detailing. Thus far, Diebitsch has thoroughly enjoyed working in the U.S.: “I think the U.S. market is, without a doubt, more interesting than the European. Due to the fact that the market is so much bigger … It’s just that the environment here is a lot better for startups.”

But what exactly is this technology that Diebitsch brought to the U.S.? “We use extremely small particles that fill all of the pores in the paint and create a super sleek surface,” he explained. Essentially, if you magnify the hood of a car, you would eventually see that the surface looks like a mountain range, with peaks and valleys. Ceramic Pro’s coating, then, uses nano-particles to fill in those valleys, cover the peaks, and create a new top surface. The larger the distance between the valleys and peaks, the rougher the surface is. So Ceramic Pro works to reduce that distance as much as possible.

It is the miniscule “anchor pattern,” (the distance between the peaks and valleys) that gives the coating its patented shine. “Once that anchor pattern is on, you get that slick surface,” Diebitsch continued. “It also explains why the car gets such an intense shine and reflection … You can compare that to looking into a still lake. You see your face in the lake, but if you drop a stone in the lake and create peaks and valleys, you won’t see your face as clear anymore.”

The coating provides so much more than just shine. Its nanotechnology helps protect the paint from all sorts of damage and dirt. “If I take out a permanent marker and I go over car paint, you have those peaks and valleys that are pretty big,” he began explaining. “It could be tree sap, bird poop, or whatever; it gets a good grip in the valleys. But, if there are no peaks and valleys to grab onto, it’s going to slide off easier … The car becomes a lot easier to wash because it’s not bonding to anything. That explains why I can go with a permanent marker on a Ceramic Pro car and then a day after just wipe it off with a towel.”

Specifically, Ceramic Pro develops unique relationships with their installers and distributors in order to optimize success: “We bring clients to their shops. We have a lead generating system. We have about 2,000 shops across the country … We don’t just train our installers in how to apply the product, we train them in how to sell the product, as well.” Ceramic Pro has also developed partnerships to help legitimize and spread the word about their product: “We have a direct link to CarFax, so if you had your car ceramic-coated, it immediately gets added on CarFax, so it adds value.”

A revolutionary product plus a clear and successful business plan is what it took for Ceramic Pro to evolve an industry. “Since we’ve come to America, we’ve changed the detailing industry,” Diebitsch concluded. “With our marketing program and everything, we have taken businesses to a completely different level … We’re taking a whole industry to the next level.”