6 Ways 5G Will Innovate and Upgrade Your City

Numerous aspects of 5G are likely to cater to smart cities. As a start, the 5G network promises widespread availability, virtually no latency, and extremely fast speeds. All of those things will enable more people and devices to connect and enjoy technology. Along with that, 5G will facilitate the growth of smart cities. Here are six specific ways that will likely happen.

The digital divide represents the ways that certain segments of the population cannot access the internet due to things like a lack of resources or living in an isolated location.

In the United Kingdom, only 63 percent of the region has access to all four mobile providers. But, government-funded projects are underway to use 5G as a way to decrease the digital divide. Then, more people could theoretically take advantage of what smart cities offer. A 32-organization network is coming together to see how rural areas in the UK could use 5G, which could help localities elsewhere prosper, too.

Closing the digital divide brings about a variety of benefits including more high-tech jobs and improved emergency medicine responses. The city authorities of Los Angeles have made the digital divide a focal point in their 5G plans and received an award for the efforts in November 2018.

The city’s mayor spoke of information access as being crucial for opportunities and prosperity related to Los Angeles residents. Further plans to develop 5G in the city will happen throughout 2019 through a continued initiative.

Closing the digital divide with 5G is not as straightforward as it might sound, however. Previous attempts to conquer the technology gap and address people in rural areas fell short because of the time and infrastructure required to solve such a widespread problem. However, organizations are forging partnerships for quicker high-speed rollouts.

An Irish company says it will bring 5G to 1.1 million homes in underserved areas during an 18-month rollout. That ambitious plan would undoubtedly give a welcome outcome to people without internet access, but getting the job done will not happen without overcoming obstacles first.

The high-frequency airwaves used by 5G can only travel a few hundred feet with a clear line of sight. That means city planners will have to find the funds to invest in hundreds of thousands of extra cell antennas to carry the signals. In a metropolitan area, that’s feasible, but rural areas may lack the resources to make these necessary infrastructure improvements. If the proper infrastructure cannot be implemented, there’s a possibility, then, that 5G could actually worsen the digital divide.

Telecommunications systems are often the first to suffer during natural disasters. This problem means that emergency responders become crippled and are unable to deliver assistance with maximum effectiveness.

But, 5G connectivity could give people more ways to contact emergency personnel, plus it would allow command centers to use predictive analytics and other data-heavy technologies to determine where to send crews.

In November 2018, Verizon launched a first responder lab that will investigate 5G applications for that segment. It will involve 15 parties split into three groups, all tasked with drawing conclusions about how 5G could help emergency responders.

Since an actual region-wide emergency has not yet tested the 5G network, it’s impossible to confirm how reliable it might be in helping people stay connected. That’s a factor that will undoubtedly need to be thoroughly explored in test cases to avoid surprises and detrimental outages.

There may also be a time not far from now where futuristic ambulances offer live video feeds or direct connections with medical diagnostic machines like CT scanners. The information shared by the ambulance teams with hospital workers could help the latter know what to expect before patients arrive. 5G could make that ultra-connectivity possible.

Shared information between parties could also facilitate 5G tests, and the potential of 5G should become more evident. Some telecommunications providers are so eager to see what 5G can do that they’re teaming up to work together despite usually being competitors in their respective marketplaces.

In Thailand, three of the leading telecommunications operators are working together on 5G projects. The three companies involved are Total Access Communication (DTAC), TOT Plc, and CAT Telecom. The three enterprises will collaborate at two test sites to work on three 5G-related projects. DTAC wants to focus on drones used for precision farming, while TOT Plc has its sights set on an innovation called “smart poles” for a 5G-powered smart city.

Finally, CAT Telecom will give its attention to 5G sensors that measure air pollution and upload air quality data to the cloud in real time.

5G requires substantially more infrastructure implementation and upgrades than 4G did, so companies know they have to work together for success. One advantage of group efforts like this one is that they should uncover both the promises and pitfalls of 5G technology faster than companies could if they worked alone with fewer resources. The results could help cities everywhere know about the possibilities and limitations of 5G, plus do research to overcome the latter.

According to the American Consumer Institute Center for Citizen Research, the 5G network will generate $533 billion in U.S. GDP over a 7-year period. With this stimulation, 5G will open economic opportunities for smart cities that may not have otherwise enjoyed such potential.

In Panama City, Florida, efforts are underway to focus on improving the downtown waterfront district through public input and other means. Greg Brudnicki, Mayor of Panama City, thinks 5G will have a major impact on the local economy.

He clarifies: “5G will give us the ability to attract certain business prospects that require the technological advanced high-speed opportunities that we could have never had the opportunity to land in Panama City before.” He also sees 5G as a job creator and says, “We would love to be able to tailor an incentive package for a prospective job creator for the city.”

Mike Panasko, the Business Development Manager at the Economic and Community Development Department of the City of Greenville, South Carolina, also has high hopes for what’s possible. Greenville made headlines recently for being the first smart city that will build an infrastructure that leverages the Sprint Curiosity Internet of Things (IoT) network. The project will allow smart machines to interact with each other in real-time in a dedicated area of the city.

He discusses the smart city plans further: “Smart cities, Internet of Things, or even 5G communicate a lot as an individual program or technology on their own. We are wanting to use each to help our citizens by providing better service and showcase the potential for the city of Greenville. We are currently meeting as staff to see how to best utilize these advancements in technology, but also how the data can actively address real city problems.

“We can currently point to micro-positioning towers being installed as the core infrastructure for 5G, we can discuss integrating license plate reading technology and other auto ID systems providing better customer experiences in our public garages, and we can point to discussions with other city departments and vendors to explore future implementation opportunities.”

In addition to the earlier discussion about how 5G could help emergency responders dash to the scenes of crises, the technology could prevent some of those catastrophes from happening at all. Thanks to 5G, law enforcement officials could utilize things like AI-powered security cameras to keep an eye on crowded spots and intervene before they become too packed to allow safe movement.

Las Vegas recently installed 700 steel bollards to help pedestrians feel protected from vehicles during the holiday shopping season. And, thanks to new technology from Qualcomm, people traveling on foot and carrying 5G phones could get alerts about cars and bikes in the vicinity, protecting them from collisions.

5G makes technologies like these run smoothly, and these examples illuminate some of the potential innovative ways to keep people safer by protecting them from accidents.

However, some citizens are not on board with the telecommunications companies pushing to build 5G towers in their towns and believe that the proliferation of that equipment could be a health and safety concern. In Mill Valley, a city in California, citizens and city council members came together for a nearly four-hour hearing that featured 20 speakers.

One of the concerns brought up in the Mill Valley meeting is that the electromagnetic fields associated with the 5G towers could cause health problems, and they’re getting installed faster than some residents want. Since 5G is still a new technology that’s in the testing phase, it’s impossible to know the validity of such worries. Public resistance due to safety is a challenge that some city planners will contend with as they prepare for 5G.

5G will help connected cars “talk” to each other, and the resultant developments could pave the way for substantial transportation-related disruptions, including autonomous vehicles.

At the University of Warwickshire, there will be a dedicated place to develop and test autonomous vehicles made by the Warwick Manufacturing Group (WMG). It will feature a purpose-built 5G network.

The 5G network could also reduce congestion, make public transportation more efficient, and even give people insights about the least crowded times of the day to get around on foot.

Those enhancements sound exciting and would undoubtedly improve transportation efforts for a city’s residents. Plus, connected sensors could generate data that helps city planners make bus route changes, track the busiest areas and times associated with a city, and more. But at what cost?

The GSMA, a mobile networks trade group, estimates that telecommunications companies are already spending about $160 billion annually to upgrade and broaden their networks. It could cost trillions more for relevant infrastructure improvements associated with transportation and other needs.

Numerous studies show a connection between city growth and transportation networks. In the United Kingdom, almost half of the commuters live and work in localities operated by different authorities. As such, local planners have to work together to provide the most appropriate options for how people travel. When it comes to 5G, however, they must ensure that the 5G-related expenditures don’t restrict growth in other ways due to ballooning costs.

This is only a sampling of the ways 5G will improve smart cities. It addresses some of the possible pitfalls that authorities must remain mindful of as well. As city officials begin to experiment with possibilities and learn from these examples and the experts quoted here, the use cases will go up, but the obstacles could too. Thinking ahead about challenges before they arise should help city planners be proactive.

6 Ways 5G Will Innovate and Upgrade Your City 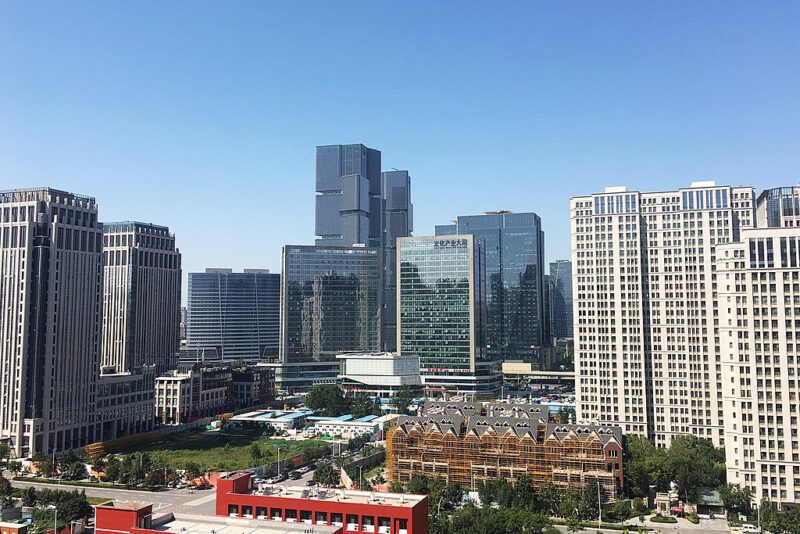