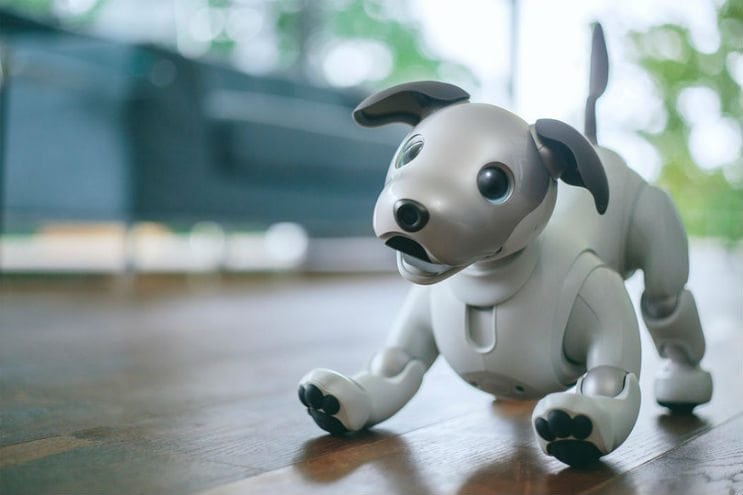 In mid-1998, Sony announced their initial prototype for AIBO (Artificial Intelligence Bot, also synonymous with the Japanese aibō, meaning “pal” or “partner”). On May 11, 1999, the robotic dog hit the shelves. Marketed as “entertainment robots,” a new AIBO was released every year for the next six years. While most models were canine-inspired, other designs featured lion cubs and space explorers. However, the final model, the ERS-7, was the only one to be explicitly marketed as a “robotic dog.” Unfortunately, in 2006, Sony announced that the robot companion would be discontinued. Shortly after, AIBO was inducted into the Carnegie Mellon Robot Hall of Fame. “The Sony AIBO represents the most sophisticated product ever offered in the consumer robot marketplace,” claims the Hall of Fame inductee report. 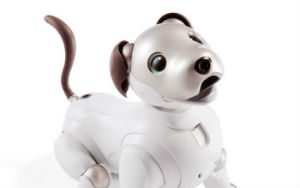 Sony may have been a little ahead of their time, having to discontinue the product in an effort to make the company as a whole more profitable. Now, just a little over 10 years later, robot companions are increasing in popularity, and, like clockwork, Sony is ready to reintroduce the new robotic dog “aibo” (as it is now marketed). But the name isn’t the only upgrade. This aibo features a powerful computer chip, OLED display eyes, and the ability to connect to mobile networks. The robotic dog has sleek, round edges compared to the blocky models of the past.

But, what really makes aibo interesting is its claimed AI and deep learning capabilities. According to a Sony press release, “aibo can form an emotional bond with members of the household while providing them with love, affection, and the joy of nurturing and raising a companion” (cue the beginning of the robot uprising?). Aibo expresses emotions through various mechanics, utilizing ear, eye, and tail movements. Using ultracompact 1- and 2-axis actuators, aibo is able to move along a total of 22 axes, making its movements as smooth and natural as possible, and its OLED lights will allow for diverse expressions.

Aibo will also be able to detect words of praise, smiles, petting, and more to learn and remember what actions makes its owners happy. The robot dog will be able to learn its environment and gain confidence exploring a wider area around the home. “This adaptable behavior is made possible through Sony’s well-cultivated deep learning technology, in the form of inbuilt sensors that can detect and analyze sounds and images… aibo’s AI learns from interactions with its owners and develops a unique personality over time,” claims the press release.

Pre-orders for the aibo opened in Japan today, starting at U.S. $1,784, set to be delivered in early January. Only time will tell if aibo will be the thoughtful and loving companion that Sony is promising to deliver. Until then, what we do know for sure is that aibo is pretty darn adorable, and that has our hopes are up for now.