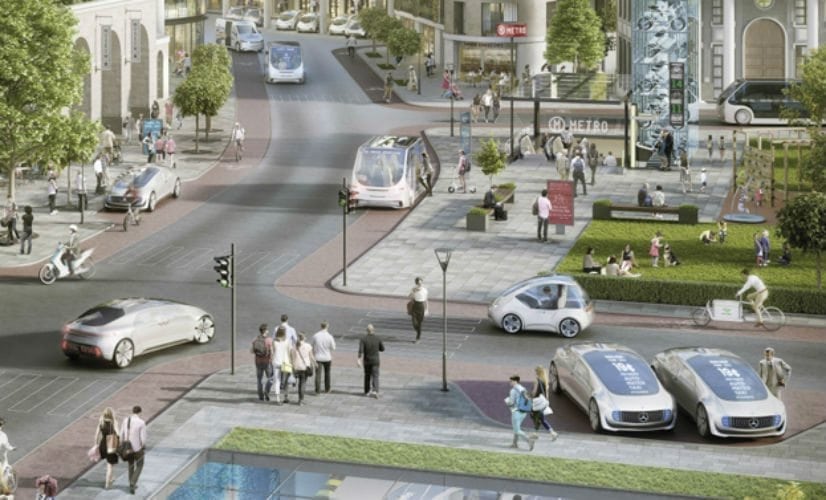 The last time Silicon Valley proclaimed the end of the traditional automotive industry it didn’t go so well. In the late 1990s tech bubble, in the heyday of Pets.com and Webvan, online retailing was supposed to render old-school car retail obsolete. Those digital entrepreneurs may not have appreciated the historical significance of the automotive franchise system, but they found out it worked, and the survivors ended up serving the traditional industry.

These software “guys” may have lost that battle, but they’re back with a vengeance this decade. You could make a good argument that the center of the automotive world’s future is being planned in Silicon Valley. Tesla aside – and that company is manufacturing cars along with innovative software in Northern California – every auto company has a presence in the region, tapping engineering expertise and young talent that is shaping how the cars of today become the cars of tomorrow.

Silicon Valley is now home to an auto industry of its own, with some startups like Lucid Motors trying to replicate Tesla’s market success. But the heart of this new auto industry are the labs of the existing automakers and Tier 1 suppliers (those major companies that design and supply key components to automakers). In a way not seen elsewhere in the world, these shops have become the engines of the future for the auto world.

Of course, it’s not just car companies. The essential argument for the significance of Silicon Valley rests on its culture – from freewheeling Berkeley to laid-back Marin to the myriad cities up and down both sides of San Francisco Bay. The feeder schools – led by UC Berkeley and Stanford and augmented by Santa Clara University, San Jose State, and many others – add to the mix, drawing students from all over the world. The entrepreneurial spirit that sees high school students getting patents on tech ideas and forming companies. Because of all this, the cars of 2020 and 2030 may be manufactured in Detroit, or Stuttgart or Hiroshima, but their brains will probably have originated in Silicon Valley.

Let’s look at some examples of the power of Silicon Valley in today’s car world.

Tesla is the 5,267-pound gorilla of Silicon Valley. That’s the weight of its Model X SUV, designed and engineered in Palo Alto and built across the Bay in Fremont. You cannot ignore that serial Valley entrepreneur Elon Musk should be credited with making the company what it is today, the worldwide touchstone for electric vehicles and tech innovations, such as its Autopilot.

Ford has been making big noises at its year-old Palo Alto lab. It has gone from about 10 employees three years ago to pushing 200 today. CEO Mark Fields makes a point of visiting every quarter, either promoting new technology (like the company’s autonomous car program) or getting briefed on projects around the world that have their origin in Silicon Valley. It is probably not coincidental that Ford was named the top automotive company in autonomous car technology recently by Navigant Consulting. 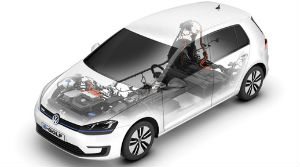 Volkswagen has taken a lot of heat for its diesel deception, but its Belmont, CA facility is part of the direction the company is headed in right now. Named the Electronics Research Lab, this facility serves up everything from Volkswagens, Audis, and Porsches to Bentleys, Lamborghinis, and Bugattis. They sum up the goal of many automakers in their description of their work – “German Automotive DNA. Silicon Valley Spirit.”

Toyota is a quiet player in Silicon Valley – if you call a $1 billion investment in artificial intelligence technology a quiet move. Toyota has had a lab in the area for several years, but a little more than a year ago bumped up their game with the investment that created the Toyota Research Institute, which sits adjacent to Stanford University and is run by a roboticist who last worked for the U.S. Defense Department. The move recognizes that the talent auto companies need to create and integrate new software (like autonomous technology) into the hardware (cars) is in the Valley. 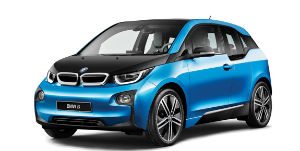 BMW established a presence in Silicon Valley earlier than many auto companies (1998) and that has borne fruit with a variety of electric car and mobility ventures. The company’s DriveNow car-sharing program – which also served as a test-bed for the electric drivetrain that ended up in the i3 – came out of the Mountain View facility. But what may be the hallmark of BMW’s Silicon Valley is iVentures, the company’s venture capital arm. Since 2011, iVentures has been putting more than $500 million into Silicon Valley companies it likes, but last year it moved its headquarters to the Valley to be closer to the investments it was making. BMW said it was looking for symbiotic relationships with startups for early access to new technology.

The Nissan Research Center-Silicon Valley replaced a smaller lab four years ago, established in the company’s global research plan as the center for connected car technology. As such, it leads in artificial intelligence research for autonomous vehicles, connected car technology, and human-machine interfaces. “Why Silicon Valley?” Nissan asks and answers. “Silicon Valley is internationally recognized as the center of advanced software technology and telecommunication network technology.” Nissan also points to California as the logical environment to test new technology. But make no mistake, the stated goal is for this center to create new vehicles for Nissan and its partners, Renault and Mitsubishi. 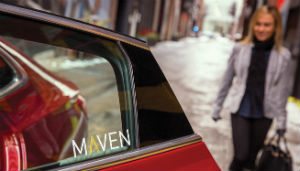 General Motors has had a low-key presence in the SF Bay area for years, but appears to be stepping up its activities with acquisitions like car-sharing arm Maven and the latest addition, Cruise Automation, which is to become its self-driving car unit. The latter organization has said it wants to add 1,000 employees in the Bay area over the next few years.

The Honda Silicon Valley Lab opened its expanded facility a year-and-a-half ago. It looked like many other similar buildings in Silicon Valley, but it had something fairly unique in the automotive world – the Honda Xcelerator. Honda describes it as offering “funding for rapid prototyping, a collaborative workspace, and pairing with Honda mentors.” In other words, Honda is inviting Silicon Valley startups into its shop, potentially providing money, a workspace, and help from Honda’s own engineers.” Honda promises to take a startup’s idea, shape it, prototype it, and get it in a vehicle. That openness is a radical departure from the traditional automotive R&D approach, which is much more secretive and not usually collaborative with outside companies. 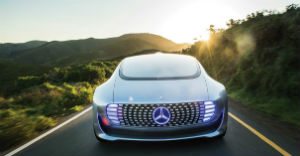 Daimler has one of the longest titles for its Silicon Valley lab – Mercedes-Benz Research & Development North America – and its portfolio is similarly lengthy. They are working with supplier Robert Bosch, which has its own lab nearby, on autonomous technology. Their goal is to accelerate development of a production-ready autonomous driving system by the beginning of the next decade. As with many car companies, the ideas from Silicon Valley often show up first in company’s concept cars like the F 015.

Hyundai has followed the BMW path, at least in part, focusing on its venture arm to invest in startups as the shortest path to technology development. Some Chinese automakers (such as SAIC) appear to be following a similar path, leading with their investment dollars as way to gain a toe-hold in Silicon Valley. 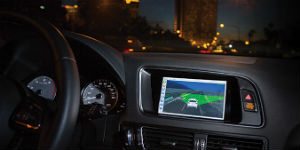 Delphi bills itself as the largest and most diverse supplier of automotive parts and relies on its Silicon Valley office as a nerve center and “innovation lab” for the latest on connectivity. Delph also has a sizeable venture arm that invests in local start-ups. It was not coincidental that the company’s cross-country autonomous car drive (which made 99 percent of the 3,400-mile trip in automated mode) started at the iconic Golden Gate Bridge, a few miles north of Delphi’s lab. 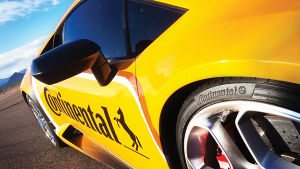 Continental is another multi-billion-dollar parts supplier to the auto industry. It also is the latest to debut a new, larger Silicon Valley operation. The new facility marks the first time the global company has had all five of its major divisions working under the same roof. The move is a tip-of-the-hat to the collaborative nature of Silicon Valley.

Silicon Valley remains a magnet for techies and its universities (and high schools) continue to churn out more. While tech companies like Google/Waymo and Apple continue to venture into the automotive field, traditional car companies and suppliers (sometimes in collaboration with those same tech companies and sometimes with start-ups) are not willing to cede any ground. All signs in Silicon Valley point to its role in automotive technology continuing to grow. We’ll all be driving (or in some cases not driving) these technologies soon.

All Images Courtesy of The Mentioned Companies.