4 Technologies That Are Transforming Renewable Energy

With a larger focus on sustainable and cleaner energy, there’s never been more of an effort to change the way we use energy. There has been a great shift in government policies toward making energy systems more renewable, but how it’s been truly made possible is through the improvements in technology.

Technological advancements continue to make large strides toward innovation in several industries and it’s sure to play a part in continuing the progression for at least the next 10 years. Here we look into the four most promising technologies that are likely to be sustainable for years to come and how likely the power system is to look in the future.

Wind turbines are a form of renewable energy that has been revolutionary. However, the future of wind turbines and how they look could change.

Bladeless wind turbines could be the new technology that comes from wind energy. This will help to reduce costs and minimize noise pollution in the surrounding area. The idea behind the bladeless wind turbine is that it would generate energy by rocking back and forth rather than spinning turbines. According to bladeless turbine developer Vortex, the development of these wind turbines will help to reduce maintenance costs by almost 80 percent and the company hopes they’ll mass marketed in the near future.

Many households have adopted the approach to install solar panels to their home to reduce costs and energy use. This is a trend that’s likely to continue, even the famous home store IKEA allows customers to pick up a solar panel and battery when they purchase flat-pack furniture.

Tesla is looking to take solar technology one step further and integrate them within homes through windows and roofing tiles. This will essentially create a home that can power itself and could save homeowners thinking about the hassle of switching energy suppliers.

If the systems are able to reach mainstream consumers, it’ll help to create a more decentralized energy system. 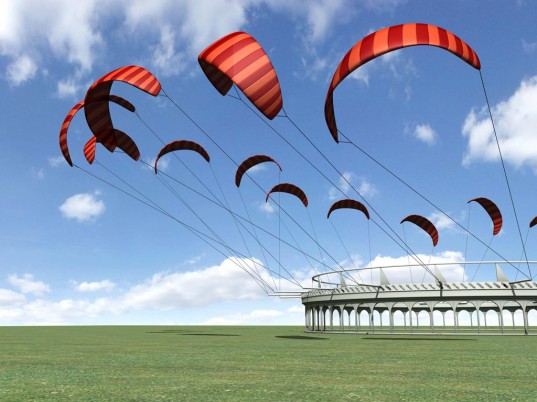 The wind is another element that is key for renewable energy, particularly with many wind turbines located across the U.K. and the U.S. Now, there are even more innovative ways to make the use of wind generation.

Kite Power Systems is a company that is looking to introduce the first kite farm. This will be a wind generation facility using two massive kites which will fly in loops to help pull turbines and generate electricity. They claim this method is likely to cost less and bring an overall decrease in levelized cost of energy (LCoE).

Green technology is really taking off is through electric vehicles, which are heavily dependent on battery technology. Solid state batteries are likely to be the next innovative technology which can provide better performance benefits compared to normal batteries. These can include faster charging and longer life.

The biggest challenge with creating these batteries is ensuring that the batteries can be manufactured on a large scale that will still be at a competitive price. Companies including Tesla, Dyson, and Toyota are all in the process of trying to make this possible.

4 Technologies That Are Transforming Renewable Energy