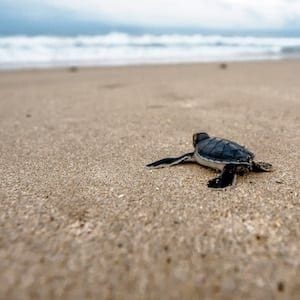 In the first 24 hours of hatching, a baby sea turtle must navigate its way to the ocean. In ideal situations, this journey should only take a few minutes, as the baby sea turtles use the light on the horizon to guide them towards the ocean. However, urban settings with artificial lighting add confusion to the mix. In these urban settings, newly-hatched turtles have only a 50 percent chance of making it to the ocean, and those that do arrive are exhausted due to disorientation extending their journey.

In order to understand hatchling stamina and disorientation, researchers from Florida Atlantic University’s Charles E. Schmidt College of Science conducted the first study on the subject. Using enclosed (and very tiny) treadmills, researchers found that the hatchlings’ incredible physical prowess allowed them to crawl for hours without tiring themselves out, allowing them to swim efficiently afterward. It goes to show that a little cardio can go a long way.

Beetles and Catheters, Oh My!

Many of humanity’s greatest inventions have been inspired by the natural world. Now, nature is here again to help improve a medical device that does not spend too much time in the spotlight: the medical catheter. Companies that develop catheters have long struggled to perfect the device. Engineers have had difficulties developing a tube thin and flexible enough to snake into hard-to-reach places but sturdy enough to withstand insertion and crimping.

Enter the penis of the thistle tortoise beetle. Its relevance comes in its length and sturdiness, as well as its ability to contort and trace the coiled sexual organ of the female beetle. In a new study published in the journal of Science Advances, researchers study both the strength and flexibility of the beetle’s penis to see if a similar structure could be applied to improve modern catheters. And now you have something to discuss with your in-laws at your next dinner party. 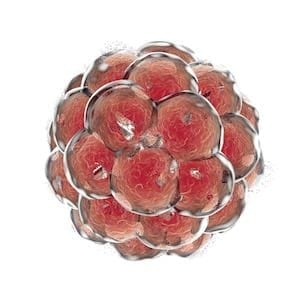 After 24 years frozen solid, Emma Gibson was finally given life in November 2017. Conceived in 1992, Gibson’s embryo had been preserved in a clinic in Knoxville, Tennessee that specializes in embryo donation and adoption. Due to fertility clinic records being private, there is no official database of the ages of embryos when they are transferred to a woman’s uterus, making it difficult to establish if Gibson is in fact the oldest embryo yet. In the case of the Knoxville clinic, no older embryo was found in their records. So, while it’s hard to say if Gibson is in fact the oldest, it’s safe to say she is among the most elderly of embryos.

In fact, Emma Gibson’s embryo was so old that she and her mother were actually conceived around the same time. Her mother, Tina Gibson, was born only a year before Emma was frozen as an embryo. However, Emma Gibson is at a bit of a disadvantage, as she only has two more years to free-ride under her parents’ insurance.

Dylan is the Digital Demand Generation Manager for Webroot. He's a science-minded person with a passion for storytelling, content strategy, and digital marketing.