When AI Speaks to Us: Preview of Project Voice 2020

As the influence of artificial intelligence grows, there is a lot of talk about voice technology and its humanization of the digital world. 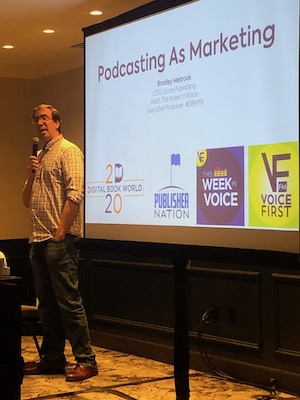 “This is who we are, not the cord-y keyboard or mouse,” said Bradley Metrock, CEO of Score Publishing and Executive Director of Digital Book World, the top digital event in the publishing industry. “Voice is a part of our humanity. It always stood to reason that as technology evolves, the way we interact moving forward will be voice-driven first.”

Metrock is also Executive Director of Project Voice, the voice technology mega-event, which takes place Jan. 13-17 in Chattanooga, Tenn — one of the nation’s first cities to be fully 5G-wired. It is expected to draw more than 3,000 executives, marketers, developers, designers, strategists, consultants, and analysts from as many as 20 different nations.“The mix of attendees will be reflective of the diversity of roles that are involved with this technology,” said Metrock, also founder of the podcast network VoiceFirst.FM and host of “This Week in Voice.”

Project Voice will help companies around the globe bring the future of voice technology and AI into greater focus. Started as the Alexa Conference in 2017, Nashville-based Score Publishing has broadened the scope of the event to better incorporate all facets of the emerging technology.

A full slate of events is on hand, from workshop presentations to keynotes and fireside chats.

Innovative Properties Worldwide, the parent company of Innovation & Tech Today, is the charter media partner of Project Voice. Innovation & Tech Today founding editor Robert Yehling will be participating in a fireside chat on Thursday, Jan. 16 concerning the way Voice is covered in the media — and core topics being explored in coverages.

“We are all asking what we need to be doing with voice, conversational interfaces and AI, and who we need to be partnering with,” said Metrock. “A lot of folks will be coming to Project Voice to learn that and bring that back to their organizations. This will be a watershed moment for this technology.”

It might surprise some that voice technology dates back 70 years. A global authority on voice technology, Metrock traces its origins to the advent of modern computing. In the early 1950s, Bell Technology’s voice recognition software “Audrey” was limited to understanding digits. A decade later, digital understanding of the human voice still amounted to less than 20 words in English.

Flash forward 60 years, virtual assistants like Amazon Alexa, Google Assistant, Samsung Bixby, Apple Siri, and Microsoft Cortana can recognize hundreds of billions of words in more than 20 languages. Alexa alone has more than 80,000 specific skills. These capacities will explode during the 2020s much like computing power exploded in the first two decades of this century.

“Amazon is hiring more people to work on Alexa alone than Google is hiring [for its entire company],” Metrock said of the Seattle-based tech giant. “The more people working on this, the more responsive it is going to become.”

Voice technology has not only changed the world, but is shaping an altogether new world. For example:

“There is a whole rat’s nest of things going on that have profoundly changed people’s lives,” Metrock said.

Voice technology is shifting from a reactive question-and-answer experience – “Alexa, what is today’s weather forecast?” – to becoming conversational, even proactive. In fact, that’s something Metrock discusses in his just-released book, More Than Just Weather and Music: 200 Ways to Use Alexa (see upcoming review in Innovation & Tech Today and STEM Today).

These growing conversational capabilities are helping two specific population groups – college freshmen and senior citizens – to live more completely, Metrock adds. In a dorm room, teenagers may be in a foreign environment away from family and friends for the first time. Voice technology has helped grades and student participation rise, while keeping down the rate of dropouts and stress-related illnesses.

Meanwhile, in senior living facilities, elderly adults may find themselves alone. Smart speakers engage them, reminding them of such actions as taking their medications and increasing participation in daily functions. This lowers overall suicide and death rates, and extends life spans, explains Metrock.

As it becomes more pervasive in daily life, trust issues with speech recognition and voice tech are beginning to wane. With a customer-centric approach to the voice movement, he said, even behemoths like Amazon are building confidence among skeptical users. These issues will be directly addressed at Project Voice.

Project Voice attendees will get to see what all the major tech giants like Amazon are doing, said Metrock, and the forum will look at the good, the bad and the ugly of voice tech from an A-list of practitioners, technologists, executives and leaders. 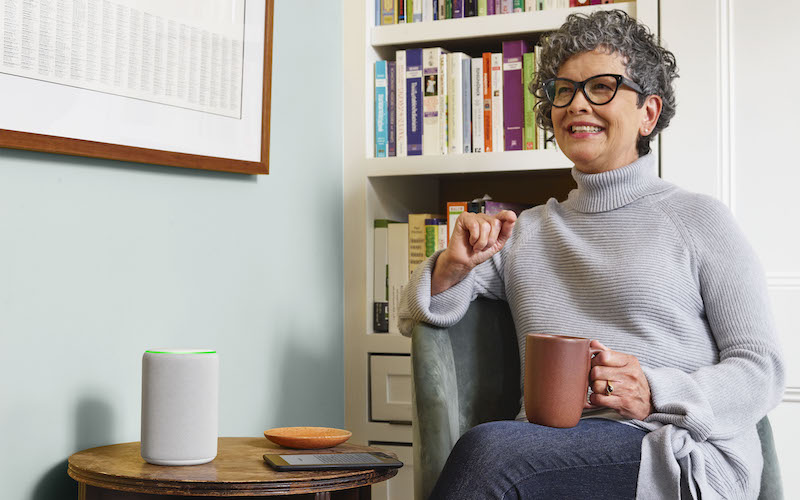