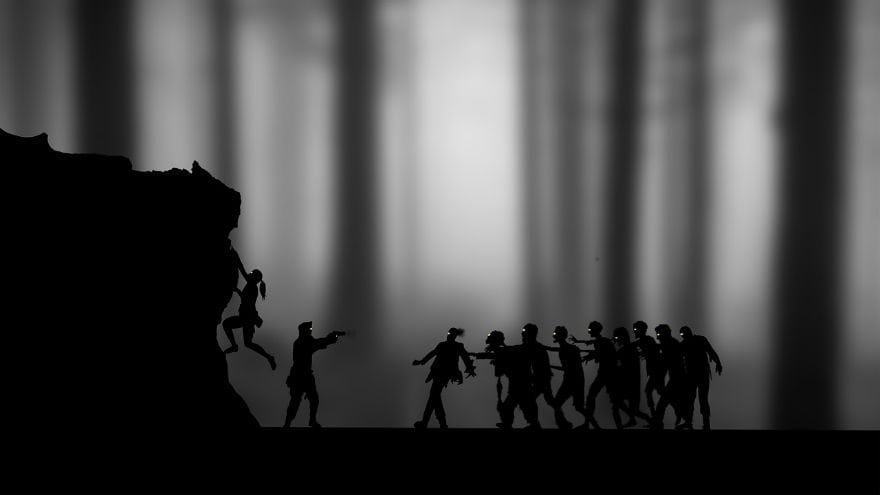 Do you remember the simpler times of Pokemon Go? That beautiful summer where everyone was getting together to catch rare Pokemon, invading people’s private property, and walking into rivers? Well, it appears that the popular zombie-related show The Walking Dead has attempted to use this same concept for the augmented reality game Walking Dead: Our World.

Developed by Next Games, who were also behind The Walking Dead: No Man’s Land, the game uses AR tech in the same vein as Pokemon Go. However, unlike Pokemon Go, you actually get to kill things. See? They’re already improving off the original already.

Zombies will be seen in the “real world” through your phone, where you’ll use knives, katanas, and firearms to hold them off and survive. You can even use grenades to wipe out a larger group of zombies, a dream I’m sure we’ve all had.

The game’s trailer, which shows off its atmosphere and gameplay, can be seen below. Mirroring the tone and action of the show, the video does a great job of showing off what you’ll be able to experience with Walking Dead: Our World. And, I must say, it does instill me with a little bit of fear. Not because of the zombies or anything, I’m just worried I won’t have enough space on my phone for the game.

This isn’t the first attempt at capitalizing on the massive success of Pokemon Go. Plenty of other games utilize similar technology, such as SpecTrek and even the upcoming Harry Potter AR game.

The game, which will soon be released for iOS and Android devices, might just become the next big Pokemon Go-style trend in AR gaming. Until Zombie Pokemon Go finally comes out, that is.