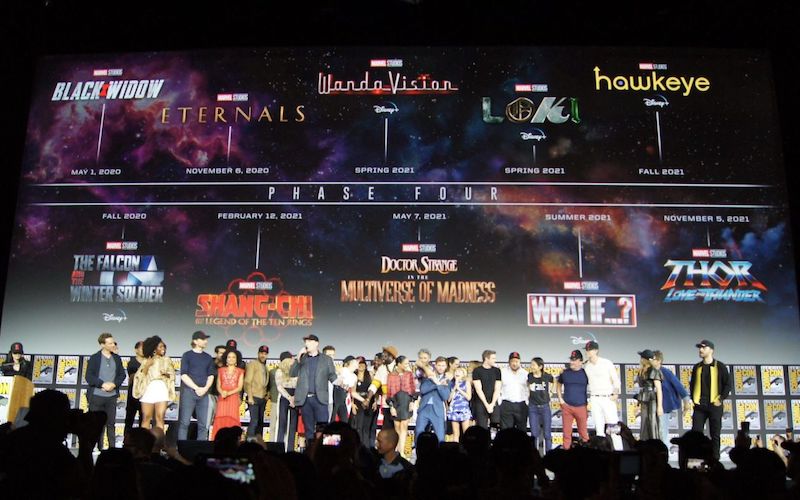 Phase 4: What’s Next for the Marvel Cinematic Universe?

Avengers: Endgame has come and gone, with a triumphant Avengers team and many characters moving on. Then Spider-Man: Far From Home officially closed the Marvel’s Phase 3, giving us a taste of what a post-Thanos world looked like, how Spider-Man was filling Iron Man’s shoes, and some nods to what might be coming next out of the MCU. After over 10 years of storytelling and bringing the Avengers to the forefront of pop culture, the Marvel Cinematic Universe is now shifting focus, ushering in a new Phase and, hopefully, some new super heroes. What can we expect from the MCU from Phase 4 and beyond? Here is what is already confirmed and what we would like to see from the MCU in the coming years.

What’s Confirmed for Phase 4 of the Marvel Cinematic Universe

There has been a number of announcements and retractions pertaining to Phase 4 over the years, even starting before Phase 3. Inhumans was announced, retracted, and then Kevin Feige said it still might happen in Phase 4. But with all of the speculation, here is what we know for sure is coming in Phase 4.

At this time, we know that there are seven movies slated for this phase:

As the only MCU movie that has started filming, Black Widow will likely be the first film of Phase 4, releasing on May 1, 2020. Obviously, if you saw Endgame, you can figure that this will likely be an origin story for Natasha Romanoff, showing how she became the titular Black Widow. The villain is rumored to be Taskmaster, a notorious Marvel villain with photographic reflexes, allowing him to imitate the fighting style of any opponent. Given the fact that Black Widow is a skilled fighter herself, fights against Taskmaster could prove perfect for the big screen.

Additionally, at Comic Con, a bunch of actors were confirmed for the film: David Harbour, Florence Pugh, O.T. Fagbenle, and Rachel Weisz. 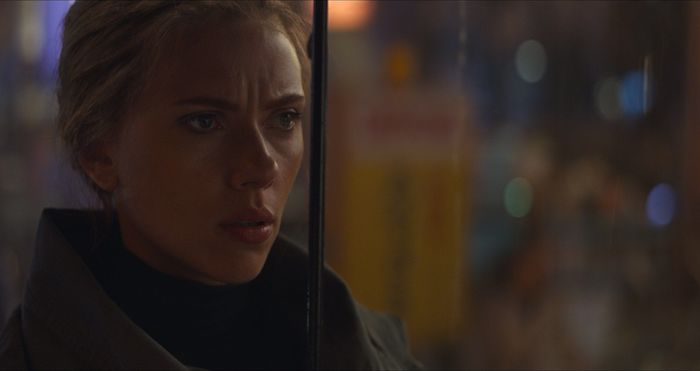 The MCU has explored some pretty mystic characters over the years, but The Eternals might be their most ambitious film yet. In the comics, The Eternals are essentially demi-gods, an off-shoot of the evolutionary process that created humans. They’ve weaved their way in and out of human myth, but now they will be in the spotlight.

Like many of these films, details are not yet known, but the cast is stacked. Angelina Jolie, Richard Madden, Kumail Nanjiani, and Millie Bobbie Brown (rumored, not yet confirmed) will all be joining the Marvel Cinematic Universe for this one. Just how The Eternals will fit into the overall MCU landscape is to be seen. However, as such a powerful force, it wouldn’t be shocking if they played a role in what unites what is left of our heroes.

Shang-Chi and the Legend of the Ten Rings

With The Eternals, Shang-Chi is the other new superhero to join the MCU in Phase 4. It will likely be the most culturally important film of Phase 4, given its strong Asian lead. Who will that be, though? It was announced at Comic Con that Simu Liu will be playing the titular hero. Also known as the Master of Kung-Fu, Shang-Chi should provide plenty of awesome action for the big screen.

While not technically a superhuman, by channeling chi and using his mastery of kung-fu, Shang-Chi has been able to best a number of super human opponents. Tony Leung will star as the villain Mandarin (the real one, this time). Director Destin Daniel Cretton also teased that the film will somehow be linked to Iron Man 3, likely via the personage of Mandarin.

Doctor Strange in The Multiverse of Madness

Benedict Cumberbatch is back to play The Sorcerer Supreme and Scott Derrickson is back to direct. Now, Dr. Strange was able to hold his weight against Thanos and played a major role in his final defeat. So, it should be expected that Dr. Strange might meet his match in his second solo film.

And that is exactly what director of Doctor Strange in The Multiverse of Madness said at Comic Con: “He’ll be in a position of not knowing what’s coming at him … We’re going to go back to trying to destroy him a bit.” Director Scott Derrickson also said that this would be the first scary MCU film.

It’s unconfirmed who the villain is at this time but, it is rumored that he might be going against Baron Mordo, played by Chiwetel Ejiofor, who betrayed Dr. Strange in his first film. Those are the only details that are known. However, it has been confirmed that Elizabeth Olsen will be reprising Scarlett Witch for the film.

Just a few weeks ago it was announced that Taika Waititi, the director who is credited with reviving Thor with Thor: Ragnarok, will return to direct the fourth Thor film. Now, Comic Con revealed a lot more about the fourth solo-Thor film, also known as Thor: Love and Thunder. Many details are still unknown but it is confirmed that Tessa Thompson will return as Valkyrie, and Natalie Portman will also be back as Jane Foster, who will become some sort of female version of Thor over the course of the film.

However, with Thor setting off with the Guardians of the Galaxy at the end of Endgame, it will be interesting how his story starts. But, with Waititi at the helm, you can be sure it will be an entertaining ride, and will probably include Korg and Miek. 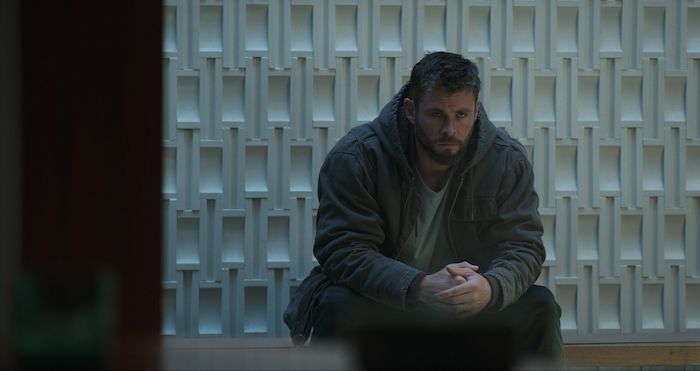 There were a lot of reasons that the first three Phases of the Marvel Cinematic Universe were successful. However, one of the main keys was that the whole universe was built around Iron Man (Robert Downey Jr.) first, and Captain America (Chris Evans) second. It is hard to believe now, but when Iron Man debuted in 2008, he was not one of Marvel’s top superheroes.

What Kevin Feige and Marvel Entertainment did was build a universe out of a character that they could make into something great. Rather than people coming in with expectations about what Iron Man should be, we were able to start with a completely fresh slate, and everything built off of that.

It would make sense for the MCU to continue that trend and try to build their new universe around one or two key characters. It would seem, at least plot-wise and theme-wise based on Far From Home, that Spider-Man is stepping into the shoes of Iron Man. However, can a teenager from Bronx unite heroes the way Iron Man did? It’s unlikely. While Spider-Man will continue, obviously, to be a key character, the MCU might choose to build their new world around a new character. It could be an Eternal or Shang-Chi or Captain Marvel – or maybe they haven’t even been introduced yet.

Regardless, it’s likely that these next phases will be building up to more superhero team-ups and eventually the ultimate bad guy. But this time, they have to go bigger than Thanos and The Snap. Galactus Destroyer of Worlds, perhaps? Doctor Doom? We’ll just have to wait and see.

If you thought details about Phase 4 were sparse, Phase 5 is built only around hopes, rumors, and speculation. There are some that want to see Fantastic Four finally done well. It’s also expected that X-Men will make there way into the MCU in some fashion, since Disney recently finalized their deal with Fox and owns the rights to the Marvel mutants. Spider-Man will likely get a third film in Phase 5, following the dramatic end-credits scene of Far From Home. There are some that think Marvel might start exploring alternate universes and other more supernatural aspects.

No matter which direction they go in, they will likely deliver. However, there may come a day when the MCU’s quality declines, or Kevin Feige wants to move onto other projects, or pop culture just wants to move on from superheroes. But, until that day, Disney and Marvel will continue to debut blockbusting films – and I’ll admit I’m excited.

Little is known about the second installment for Black Panther, although Ryan Coogler is back to direct, which is a good sign. Where we left off after Black Panther, Wakanda had made themselves known to the world, so we’ll see how that affects the storyline of Black Panther 2. For now, we’ll just have to wait and see until more details come out.

Guardians of the Galaxy Vol. 3

The crowd-pleasing Guardians will be returning to theaters, with James Gunn back at the helm after Disney re-hired him. It seems pretty clear that Thor will be joining the Guardians for at least some portion of their adventure (see: Asgardians of the Galaxy). While no plot details have been released, clues from the end of Endgame might point to the Guardians going on a search for Gamora. The rest is yet to be seen.

At San Diego Comic Con, it was also confirmed that a Fantastic Four film and Captain Marvel 2 are both on deck, as well as a Blade reboot staring Mahershala Ali. It was also announced that Mutants are coming, but in what capacity is still unknown.