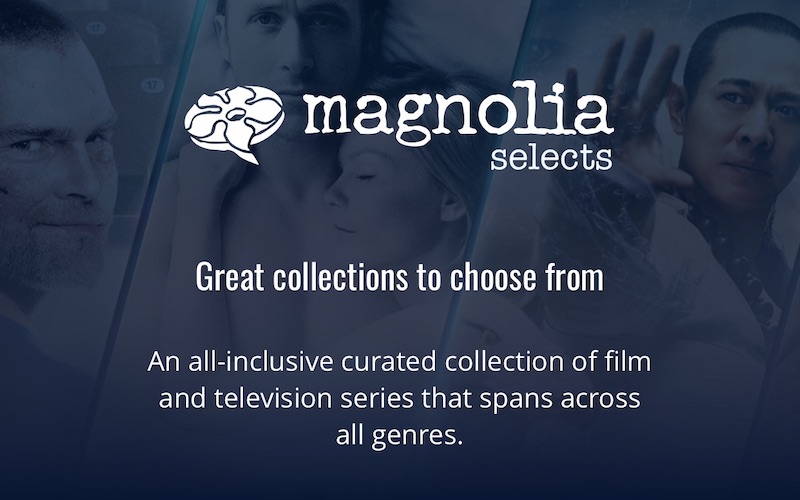 How Magnolia Selects Allows Users to Embrace Their Unique Interests

When cable television first came to fruition in the late 1940s, there were many that waved it off as a fad. The onetime fad continues to be a dominant source of daily entertainment for millions of people but times are changing. While TV as we have known it may not be dead, it certainly has its hands full when competing with the new age wave of internet born competitors. This has led to a growing trend of cutting the cable cord, a practice that has grown by 32.8 percent in 2018, according to eMarketer. Instead, users are opting for subscription-based streaming and video-on-demand (VOD) platforms. According to Statista, these subscriptions are predicted to hit $10 billion by 2020.

“The entertainment industry is experiencing a paradigm shift in terms of technology and content, as well as changing consumer attitudes,” claimed Jeff Cuban, COO of Mark Cuban Companies Entertainment (including Magnolia Pictures). At the helm of this shift are the obvious streaming titans Netflix, Amazon, and Hulu. According to Cuban, “The acceptance and unbridled appetite for all-you-can-eat subscription services could no longer be ignored.” This mentality convinced Magnolia to develop their own VOD service, carving out a unique niche in the home entertainment space.

Since 2001, Magnolia Pictures has become famous in the indie realm for distributing engaging and unique content. Some of their releases include Jiro Dreams of Sushi, Man on Wire, I’m Still Here, Frank, World’s Greatest Dad, and 180° South. The studio has a wide breadth of genres to pull from, including comedy, action, documentary, drama, horror, and more. From this deep well of content, Magnolia has been able to build their very own subscription service, Magnolia Selects, for their fans.

“Magnolia is blessed with a deep library of compelling independent films across a wide variety of genres. Its ever-growing pipeline of new releases provides an ongoing pipeline for its subscription services for years to come,” Cuban explained. “While most independent entrants into the SVOD [subscription video on demand] marketplace are forced to license almost 100 percent of their offering, Magnolia’s base of content also allows it to be selective and opportunistic in what it licenses from others.”

With their large variety of content, Magnolia has developed multiple channels that users can opt into so that they can explore their own unique tastes. Unlike streaming services that have one flat rate for their platform, Magnolia provides low-cost channels that explore a variety of genres: “Monsters & Nightmares,” “Warriors & Gangsters,” “DOX,” and “LOL Flicks,” to name a few. And for those looking for a diverse experience, the Magnolia Selects SVOD channel contains content from all genres.

This variety is vital to staying ahead in the world of streaming, providing more choices for consumers. “Uniquely, a vast majority of each channel’s content is exclusive,” Cuban explained. But he also understands that in the rapidly evolving world of entertainment, and with companies like Netflix investing billions into original content, it’s important to focus on quality to stay ahead. As Cuban explained, “Even with this edge over its competitors, Magnolia must continue to curate unique and compelling feature films that best reflect its brand to ensure its customers are happy and keep coming back for more.”