CES is touted as the world’s largest gathering of all things technology. Though this year’s CES wasn’t as rife with innovation as some years past, the event never fails to showcase the eye-catching, the ground-breaking, and the unexpected. In no particular order, here are some of our favorite discoveries while roaming the 2.9 million net square feet of show floor this January.

This tech should actually be called “BadAssVR” because it has so many applications. Data collection is rampant but how can businesses better understand big data? Imagine a smart city with millions of sensors gathering information about traffic speeds, real-time construction updates, parking availability, and air quality. Instead of looking at a pie chart of how many parking spaces are available, BadVR lets you look at and interact with a 3D image of all the parking spots in town.

You can find patterns, understand user behaviors, and immerse yourself into all of that valuable information in a dynamic and tangible way. Though this tech still relies on a VR headset, it’s not hard to imagine a future where it replaces projectors and smart screens as the preferred method of data research and collaboration.

As journalists, we travel to our fair share of conferences and expos. At the end of a long week walking on hard concrete floors, jogging through the airport is always a daunting task. For those who don’t mind the less-than-professional aesthetic of scootering, the Scoocase is an exciting option.

Just fold down the platform and back wheel from the stylish carry-on and you’re off! The electric scooter can reach speeds up to 15 miles per hour and travel more than 15 miles. Charging takes about an hour and the mobile app will let you know how much juice you have left for the return trip. Would I feel slightly silly cruising through the airport on an electric scooter suitcase? Not as silly as I feel limping around on blistered feet after a week at CES.

Not everyone is born with a green thumb. For those who often forget to tend their beloved houseplants, Lua is the perky companion you’ve been waiting for. This charismatic pot lets you know what your plant needs with six animations. When your plant is too dry, Lua’s expression changes to show it’s thirsty. Not enough sun? Lua turns into a vampire to signify your plant needs more sunlight.

Users choose what family of plant is potted, select the exact type of plant, or manually enter plant parameters into the Lua app. It only needs a one-time connection to the internet when setting it up. After that, it runs with or without internet so care won’t be interrupted by an internet outage. Added bonus? It’s super cute. 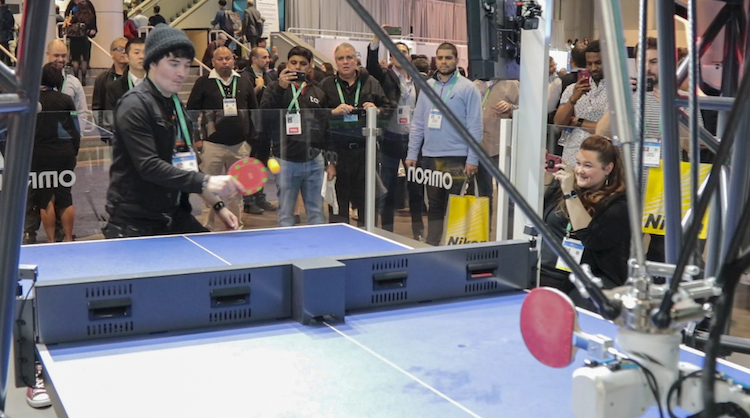 For the third year in a row, we were lucky enough to check out the fantastic Omron booth, which showcases the company’s advanced robotics. The star of the show, of course, was FORPHEUS, the company’s ping pong-playing robot that, rather than trying to beat the player, attempts to make them better at the game. The technology has noticeably improved from year to year, even implementing the emotional responses of the player into its screen.

Coincidentally, the person that played a match right before us was Jacksonville Jaguars quarterback and STEM enthusiast Josh Dobbs, whose interview was a major highlight of our fall 2019 issue. Did the professional athlete fare better at ping pong than our editorial team? Not important.

The Sands Hall at CES houses some of the most incredible innovations from startups worldwide. This gives convention-goers the opportunity to see new ideas sprout from across the globe. One piece of tech in particular that caught the eye of our team was PocketDrum by Aeroband, a musical device that allows you to rock out on the drums no matter where you are. Billing itself as “The Most Portable Drum Set Ever,” PocketDrum lives up to its name by offering a basic drum set right at your fingertips.

The sticks were an absolute hit at the show, with wannabe John Bonhams from around CES attempting to string together their own drum solos. Truly, PocketDrum goes above and beyond, including a connected foot sensor which acts as your bass drum. Fully funded on Kickstarter, the PocketDrum booth showed off just how easy it is to rock out on the go thanks to its easy setup. Needless to say, the PocketDrum looks a lot cooler than playing air drums on the bus.

As expected, fitness technology was a huge focus of CES 2020. From self-powered ellipticals to advanced wearables, getting in shape with tech continued to be a theme at the show. However, one company in particular caught our eye with its focus on combining fun and fitness: RealDesignTech. The company’s Ultiracer, which looks like a simple standard bike set up on some rollers, provided one of the most enjoyable experiences at the event.

Once you get on the Ultiracer, you can see why Peloton should be shaking in their boots. The bike connects with a screen in front of you in order to provide a combination of gaming and fitness. While many games are included, the main highlight, which is reminiscent of Galaga, provides you with a unique exercise experience: bike left and right to dodge lasers and pedal to shoot down enemies. Needless to say, this is the most fun (and safe) way to play video games while you’re on a bicycle. 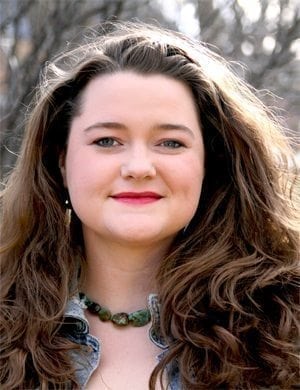