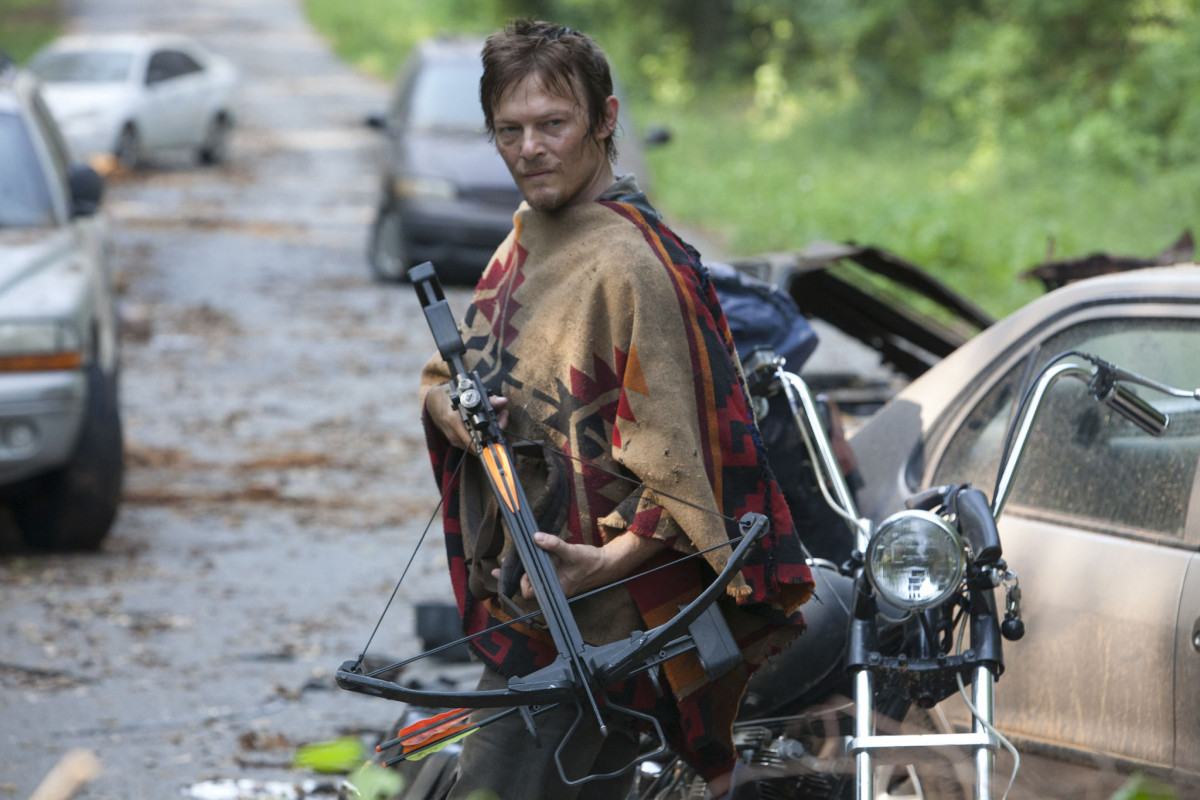 AMC’s The Walking Dead is officially the most popular TV series in the world. And there’s no character more popular in this Skybound comic-based zombie survivor serial than Daryl Dixon, who’s brought to life by actor Norman Reedus. Reedus is making the leap to the big screen this year in the Skybound sci-fi thriller, Air, which was produced by The Walking Dead creator Robert Kirkman.

Reedus owes a lot to Kirkman, who created the character of Daryl. Over the past six years, Reedus and Kirkman have become good friends. That relationship opened the door to the new movie, a 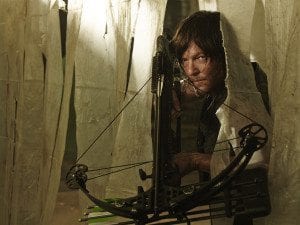 s well as some video game jobs. Reedus went virtual in Activision and developer Terminal Reality’s The Walking Dead: Survival Instinct game for Xbox 360, PlayStation 3 and PC back in 2013. These days, he’s working on a sequel to the Silent Hill game franchise for Konami with Hollywood director Guillermo del Toro and acclaimed game designer Hideo Kojima. Reedus gets his game on in this exclusive interview that explores his “old school” gaming skills and explains why he’s excited about working in games.

Having starred in The Walking Dead: Survival Instinct video game, what are your thoughts on what game developers can accomplish today in that medium?

There’s a lot going on. I know Robert’s (Kirkman) Walking Dead video game is great. We were at the (Spike TV) VGAs (Video Game Awards) when it won best video game of the year. It was a huge success and I did another one with The Walking Dead franchise, Survival Instinct. I have a son that plays video games and I’ve seen his video games sometimes. When I try to play them I just smash the controller because it’s so hard. I used to play Asteroids, you know what I mean?

They’ve added a lot of buttons since then.

Yeah, they’ve added a lot of buttons since Asteroids, and it’s much harder. But it’s much more interesting.

Skybound is working on a new Walking Dead co-op first-person shooter game. Do you see any role for Daryl Dixon in that game?

Yeah. You would team up like you and your son for instance could play together in the world.

Oh, that’d be awesome. Have they revealed any locations?

No. Starbreeze Studios is still working on it. It’s not coming out till next year, but it’s one of the first console games that they’re developing internally at Skybound.

That’s awesome. I can’t wait to play that.

You’ll have to ask Robert. He knows more about it than me.

I will. I’m going to call him as soon as we’re done. Yeah, a new video game would be great.

Do you have any memories you can share from playing games growing up?

Yeah. I used to be really good at a game called Defender, and I’d used to go down to the store and find every quarter I could possibly find and go down and play Defender. I got really good at it. There’s a friend of mine in Los Angeles that actually has the arcade game in her house and we have Defender wars over there, but that was my game. I remember being good at it and thinking I was really cool.

That’s back in the day when arcades actually existed.

Did you go back and play either The Walking Dead game you were in?

Yeah, I played it a bunch of times. I’m horrible at it. You’d think I would be pretty good at, but I’m really, really bad at it. But it’s fun to like go in and record the voices and talk with a southern accent and get down there and scream. I forgot that I cussed in it, though. I was playing it with my son and he actually got the very first copy of it, and I started cussing in the game and he turns around and looks at me with his mouth open. I was like, “Oh, I total forgot I said that.”

It’s cool to go in there and go into this booth and they explain to you, “Move, get over here. No, no, no. You don’t understand. There’s a helicopter falling out of the sky next to you and you’re running from it, and so to try and imagine what that looks like.” It’s kind of like working with green screen. You just have to imagine something, but I know it’s fun. It’s actually a blast to go in and try and get it right, you know what I mean?

Can you give us a sense of what it’s like to work together with the cast of The Walking Dead in the outskirts of Atlanta year after year?

How has the success that you’ve had with The Walking Dead, and especially of the love people have of Daryl, impacted you in real life?

You know it’s great. There’s a lot of selfies. It’s nice to walk around and get a love for what you’re doing. I work really hard at it, and we all do on the show. And it’s nice to have people come up and give you a high five and say they like the show and they like your character. It’s great. I have no complaints about it whatsoever.