Why Even Non-Techies Should Become Information Gurus

In the business world, information specialists are kind of like gold. They’re valuable, highly sought after, and incredibly hard to find. A small pool of talent is now “recognized globally as the single biggest issue standing in the way” of businesses finding success in their information technology and computer system strategies, according to tech research company Gartner.

In the rush to find people with an understanding of how to wade through mountains of data and provide meaningful insight into what it means for them, businesses are mining every nook and cranny of the nation’s workforce. They’re recruiting from outside and training from within just to fill the gap of information technology. Here’s why you should consider a career in information systems, even if your bachelor’s degree is in another field. 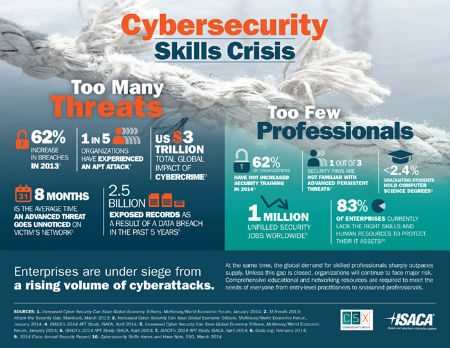 In 2015 alone, there were more than 600,000 open computing jobs across the nation, according to a White House press release. The U.S. Bureau of Labor and Statistics predicts another 488,000 of those jobs will be added by 2024. The demand is there; however, the supply is lacking. In the same year the nation was trying to fill 600,000 computing positions, fewer than 43,000 computer science students graduated into the workforce, according to Code.org. People who develop skills in areas such as data storage, analytics, and information systems are a hot commodity in not only today’s economy but tomorrow’s as well.

Businesses are Focusing on IT

In 2015, CNBC called data analytics the “sexiest job of the 21st century.” That’s because it is increasingly becoming the center of businesses’ information strategy. Numerous types of companies are employing this strategy, from small and large to public and private.

Companies are now using software systems, SAP as an example, to manage their business processes and make data-driven decisions. SAP — which stands for Systems, Applications, and Products in data processing — is the world’s largest provider of enterprise application software. Information specialists, with skills to navigate and interpret these systems, are valuable assets to any company.

Cybersecurity is becoming increasingly vital within the business world. In 2016, one in 131 emails was malicious, up drastically from the previous year, according to Symantec, which provides services for dealing with cyber attacks. In the same year, 689 million people around the world were victims of cybercrime.

But it’s not just individuals who fall victim, it’s companies. The “WannaCry” ransomware attack in May 2017 infected more than 200,000 computers worldwide, hitting large companies along the way. Since 2012, companies like Visa, MasterCard, Target, Home Depot, and JPMorgan Chase have suffered data breaches. Companies are now spending top dollar in recruiting cybersecurity experts to defend themselves from attacks. The IDC, which studies the cybersecurity practices of U.S. businesses, predicts companies worldwide will spend $81.7 billion in security hardware, software, and services in 2017. Whether you’re an experienced techie, a newbie, or on the outside looking in, you can become the information guru everyone is looking for with the right training.

Why Even Non-Techies Should Become Information Gurus