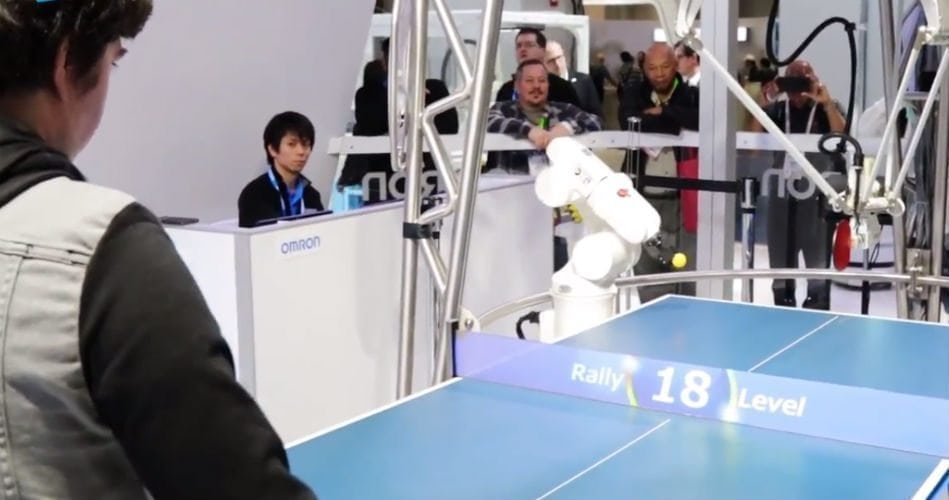 One of the biggest innovations of the past few years has definitely been robots. Taking over industries such as security, food service, and even babysitting, robots definitely look to shake up the status quo and replace a large number of occupations. However, there is still one job that robots have not taken over yet: ping-pong champion. Well, maybe until today.

At CES 2018, we had the opportunity to check out the innovative new tech from Omron: a robot that can play ping-pong named Forpheus. Interestingly enough, this robot doesn’t just aim to defeat humanity in ping-pong. I assume that part comes once they’ve already taken over the world. Instead, Forpheus looks to teach you how to become better at ping-pong.

However, that didn’t stop me, the star of today’s video, author of this article, and wannabe amateur ping-pong player, from trying to outplay Omron’s robot. After all, this match had a lot more riding on it than simply my fragile sense of pride. I also had to prove once and for all that humans are superior to robots in terms of ping-pong ability. Was I able to successfully defeat Forpheus in the one task it has been trained to do? You’ll simply have to watch the video below to find out.

Want to see more videos from Innovation & Tech Today? Then make sure to check out our official YouTube channel, where we have been posting all of our exclusive CES 2018 content. In addition to today’s video, we have also recently published an interview with the creator of the DIY game console MAKERbuino as well as a look at the StarkBoard smart skateboard. And make sure to check out the latest episodes of InnoTech Arcade as well as QuickBytes.