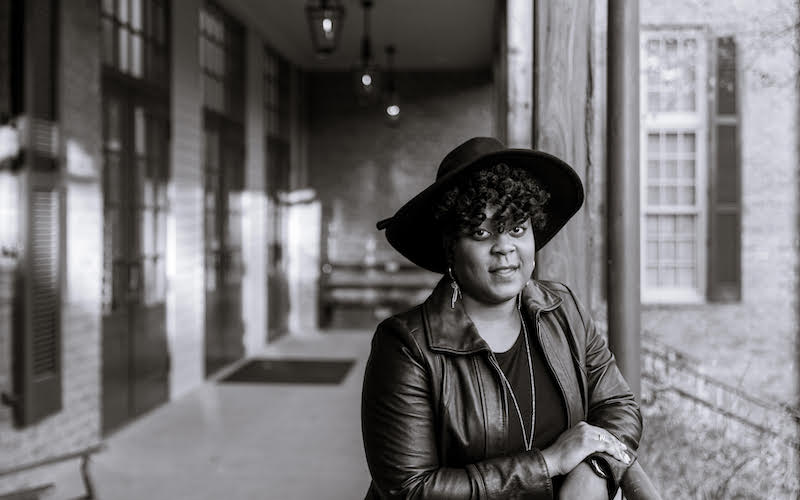 Dr. Nashlie Sephus believes women who aspire to work in tech should “be bold – be fearless – there are a lot of unsolved problems; there’s a lot of work to be done. Go where your passion is.”

The first black female CTO of a company acquired by Amazon, Dr. Sephus developed the first prototype and served as the lead engineer for the software development team of Atlanta-based startup Partpic, an app for finding replacement parts with a photo.

Dr. Sephus’ passion for STEM began in Jackson, Mississippi. She was raised by her mother and grandmother. Her 8th grade teacher told her about an engineering camp, where she promptly fell in love with computer engineering. As a standout student, she earned admission into the prestigious Power Academic and Performing Arts Complex, which provides students with advanced programs in academics and the arts. She went on to Mississippi State (B.S. in 2007) and graduated from Georgia Tech with her master’s in 2010 and her Ph.D. in 2014, all in electrical and computer engineering (ECE).

In 2013, as 27-year-old, while Dr. Sephus was completing her Ph.D., she was introduced to Jewel Burks, who was starting a tech company to identify replacement parts for everyday items via photo recognition software, thus increasing customer satisfaction and ultimately revenue. One of the disciplines Dr. Sephus was studying at Georgia Tech was machine learning, precisely the expertise needed to develop the visual recognition algorithms and prototype. Dr. Sephus saw the technology challenge and potential of the company, but also relished the chance to support and work with another African-American woman.

But joining the team wasn’t a snap. Dr. Sephus accepted Jewel’s offer on a part-time basis and the relationship blossomed during the early stages of the startup, so much so that Jewel later offered Dr. Sephus the opportunity to lead the Atlanta-based startup’s technology team full-time.

However, Dr. Sephus, now working as a software engineer for New York tech company Exponent, was unsure if she should leave the security of her well-established company. She had already worked at several companies including IBM, GE, and Delphi. Leaving Exponent would mean leaving a high-paying job, the stress of relocating – again – and uncertainty about the future. It could be a costly career mis-step if Partpic failed.

Meanwhile, Partpic co-founders Burks and Jason Crain were crushing it out on the pitch contest circuit. Success from Tech Crunch to SXSW to “Rise of the Rest” led to a $1.5-million seed round, which promoted Dr. Sephus to again carefully weigh the pros and cons Burks’s offer. In May of 2015, she ultimately decided to take the calculated risk of becoming Partpic’s full-time CTO.

However, once in Atlanta, building out Partpic’s development team proved to be a daunting task. Dr. Sephus learned that finding professionals with the precise expertise, synergy and group chemistry is very difficult. We had the chance to speak with Dr. Sephus about the challenge of leading a tech startup.

Innovation & Tech Today: How did you overcome the challenge of building a strong development team?

Dr. Sephus: Formulating the right team to deliver the vision of replacing a part as easily as taking a picture had never been done before. And while creating the algorithms and prototypes for identifying and measuring replacement parts in a picture may sound easy, it required breakthrough technology, intense focus, and advanced technical acumen. You need people who share the same values, work ethic, and temperament, but who have diverse technical thoughts.

To form her supportive community, Dr. Sephus turned to friends and fellow African-Americans from Georgia Tech: Ivan Walker, Troy Nunnally, and Gbolabo (Tayo) Ogunmakin, all of whom have graduate degrees in ECE, and like Sephus, are GEM Fellows.

She had won the prestigious GEM Fellowship after graduating from Mississippi State. The Fellowship provided her with a full-tuition graduate scholarship, paid internships, and job placement at Delphi after graduating with her PhD from Georgia Tech. She knew Walker, Nunnally, and Tayo shared her passion for creating the most advanced technology, and because of their GEM Fellowship, she knew they were also smart, talented, and possessed strong engineering work experience.

I&T Today: What did receiving the GEM Fellowship mean to you?

Dr. Sephus: If you look at the income gap and the digital divide, you have a sense of how critical the GEM Fellowship was to me, especially as a black woman.

As she built out her supportive community and the technology for the app, Partpic began racking up more industry and pitch competition awards. Amazon took notice.

In May 2016, Amazon acquired Partpic, with the business remaining in Atlanta as a separate office. Renamed “Part Finder,” it launched last year as a part of the Product Search feature on the Amazon Shopping app.

Today, as an engineering manager at Amazon, Dr. Sephus is still pioneering. She is the only black female of 900+ applied scientists. She has also led the engineering team focused on improving the amount of relevant search results for clothing and shoes, and she is now the tech lead for evaluating fairness and identifying biases in facial recognition and other AI products at Amazon.

I&T Today: Can you share any advice about overcoming gender and racial bias?

Dr. Sephus: One of the best pieces of advice I’ve ever been given is that anytime you’re trying to bring change, you’re going to encounter obstacles, but the more you can be persistent, keep moving forward and assemble a supportive community around you, the more likely you are to succeed.

A strong advocate for diversity and inclusion in her tech roles as well as in technology in general, Dr. Sephus is also passionate about tech solutions for improving facial recognition for underrepresented groups, speech recognition for southern accents, and video and photo technology for dark skin tones.

I&T Today: What are some ways we can get more people of color involved in tech?

Dr. Sephus: One way to do this is to empower more underrepresented groups to pursue technology or learn about technology. I own and am leading a multi-acre development project in downtown Jackson, Mississippi, to increase technology access to underserved communities and I’m working to help other startups achieve their development goals.

Dr. Sephus currently sits on several academic and company advisory boards. She continues to contribute to journal and conference publications and is the owner of the Partpic patent. She frequently returns to where her passion for technology first began, her home in Jackson, Mississippi, where she has started a nonprofit, The Bean Path.

I&T Today: What is the mission of the Bean Path?

Dr. Sephus: To provide technical advice and guidance to individuals and small businesses in underserved communities in Jackson. We offer tech hours at local libraries and engineering and coding programs for youth, as well as scholarships and grants for students and community organizations. Our overarching goal is sow technical expertise in order to grow networks and fertilize often-overlooked communities.