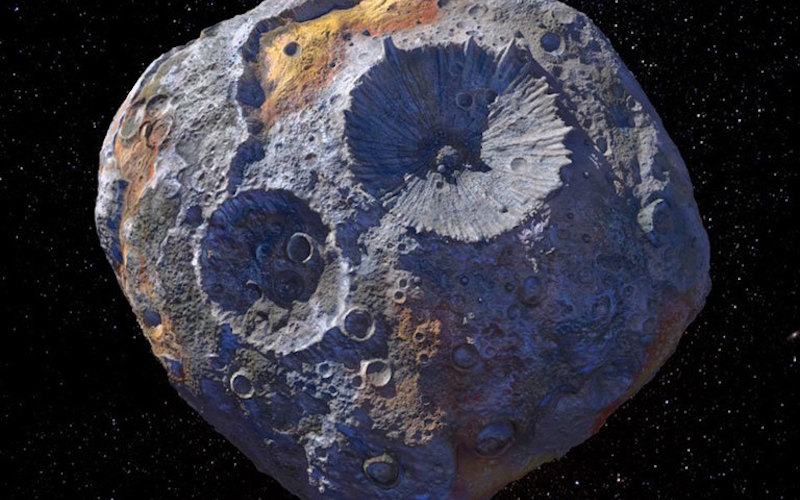 Artist's concept of the asteroid 16 Psyche by P. Rubin

An astroid named 16 Psyche, after Cupid’s wife, was found to be made almost entirely of iron and nickel. That means, in current US markets, 16 Psyche is worth somewhere around $10,000 quadrillion (the world’s economy is around $74 trillion).

Learn why if this astroid came to Earth it would crash more than our feeble physical beings.

Welcome to Quick Bytes where we bring you tech and science news quick fast and swiftly, my name is Evan.

Have you guys heard of this asteroid that is apparently worth somewhere around $10,000 quadrillion? No? Wehehehell let me explain.

The asteroid, called 16 psyche, is made up almost entirely of iron and nickel, similar to the core of the Earth.

What’s crazy is, if someone were able to get a hold of this unimaginably expensive rock, it would completely crash the world’s economy.

Just to put it into perspective, the world’s economy right now is made up of around $74 trillion, that’s 74 with 12 zeros, and this rock is worth around $10 quintillion, which is 1 with 31 zeros.

That means this rock is over 135,000 times the value of all money in the world. To put it in simpler terms, you could buy 10 quintillion things at the dollar store with this rock.

So naturally, NASA is very interested in this asteroid, and is planning to send a spacecraft to explore it, but not to make them rich, no. They only plan on studying it as it may have once been a part of an earlier planet, and may hold secrets about other worlds in our galaxy. Why are they doing this? Don’t they know some alien’s just gonna get filthy rich off of it now?

So what do you think? Should nasa visit this asteroid? Will the rock change our economy forever? Let us know in the comments below.