Several months ago there was a flurry of headlines claiming that Michio Kaku had proven the existence of God. In this exclusive interview with the famous physicist, Kaku elaborates on what happened.

I&T Today: You recently made a lot of headlines with your discoveries regarding the possible existence of a higher intelligence. Could you explain what you found?

Michio Kaku: There is a website that quoted me incorrectly. That’s one of the drawbacks of being in a public sphere: sometimes you get quoted incorrectly. And the reference I saw said that I said that you can prove the existence of God.

For example, look at reincarnation. If somebody at a cocktail party says that they are Cleopatra or Julius Caesar, how do you disprove that? How do you falsify that? Well, you ask some simple question and they get it wrong. Then you say, “Ha! I falsified your statement.” And they say, “No, the history books are wrong…How do I know the history books are wrong? Because I am Cleopatra. I am Julius Caesar.”

At that point, the conversation is over. You begin to realize that no matter how you falsify that statement they can come back and say, “No, no, no, the history books are wrong.” And, how do you falsify that? You cannot. So, there are certain statements that are not falsifiable. 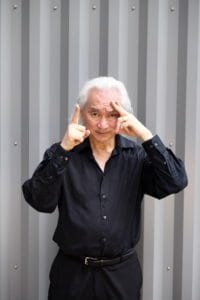 We have yet to create a one inch equation for strings and membranes. But just for strings we already have a theory that’s only one inch long that allows you to summarize the laws of nature. So, that’s the God of Einstein. The God of beauty, [the idea] that says that the universe is simpler the more we study it.

Physics is the opposite. It gets simpler and simpler every year. And ultimately we want to get it down to one inch.

There is a theory about whether or not the universe is a simulation of some sort, like the movie The Matrix. And then the question is how do you prove it? Or how do you disprove it?

Personally, I think it’s another non-falsifiable statement. Just like “Are you Cleopatra?” Just like “Is there a God?” “Is the universe a simulation?” is a non-falsifiable statement. That’s my true opinion. However, there is this website that quotes me saying otherwise. But that’s, I guess, one of the drawbacks of being in the public domain. People misquote you all the time.

All photos by Daniel Riff.