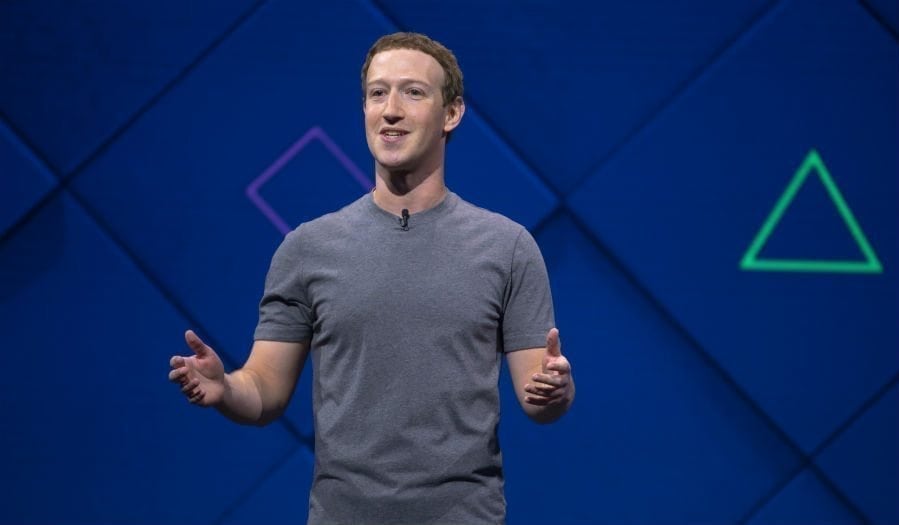 With the end of the year comes a myriad of awards in the classic format “______ of the Year.” While most of these are welcome honors to the recipient, there are others that people likely try to avoid. Every year, the non-profit journalism organization Media Matters chooses one “Misinformer of the Year.” Past recipients have consisted of Rush Limbaugh (2012), Sarah Palin (2010), ABC (2006), and Bill O’Reilly (2004). 2017’s Misinformer of the Year? Mark Zuckerberg.

Media Matters does not dole out this award lightly, nor without explanation. In a detailed blog post on their website, the media watchdog discusses their reasoning in naming the Facebook founder their Misinformer of the Year. They first cite numerous examples in which fake news proliferated on Facebook left many citizens of the world misinformed. Fake news continues to be a problem, providing false information about major events such as Hurricane Harvey and the Las Vegas Shooting. But this isn’t just a problem that affects U.S. citizens. People all across the world utilize Facebook to get their news. Major incidents in India and Indonesia have been caused or contributed to by fake news, even resulting in full-blown riots.

The issue at hand is exacerbated by Facebook’s incredible reach. According to an article in New York Magazine, Facebook has two billion active monthly users. To put that in perspective, “monthly active Facebook users” is actually the single largest non-biologically sorted group of people on the planet after “Christians.” And, according to the Pew Research Center of Journalism & Media, 45 percent of U.S. adults get their news from Facebook, towering over any other social media platform.

Many of the platform’s issues came to light throughout the most recent presidential election. In an attempt to curb political biases, in May of 2016, Facebook announced that they would no longer rely on a list of credible news outlets to help them determine whether or not a topic was worthy of their “Trending Topics” section. Then, in late August, the company fired their news curators, putting Trending Topics under the watch of an algorithm. But, according to Media Matters, “the algorithm promoted a slew of fabricated stories from bogus sources in place of news articles from credible outlets.”

In 2013, Mark Zuckerberg came forward to say that he wanted to make Facebook the “best personalized newspaper.” This strategy allowed users to curate their newsfeeds to receive the news that they wanted, potentially resulting in confirmation bias where users would only hear what they want to hear.

“We selected Mark Zuckerberg as the Misinformer of the Year because Facebook’s actions in 2017 have been more of a public relations campaign than a deeper systemic approach to address the underlying causes of the proliferation of fake news and disinformation.

I know that Facebook has the talent and knows how to implement some meaningful countermeasures. Instead of utilizing that talent, Zuckerberg has spent too much time downplaying the crisis and repeating his mistakes from 2016, like continually caving to right-wing pressure. There are some very basic things that Facebook can do to make meaningful dents in this problem — and my hope for 2018 is that Mark Zuckerberg lets his team take those steps and more.”

That’s not to say Facebook hasn’t taken any steps to improve their platform. In March 2017, they rolled out a new system which allows users to flag stories as potential fake news. Then, a fact-checker — paid for by Facebook and approved by the International Fact-Checking Network — reviews the story. If the story is deemed inaccurate, an icon is placed that warns users that it has been disputed. But, Media Matters asks if this new system is enough: “This is not a serious effort… The program places the onus first on users to identify the false stories and then on a small group of professionals from third parties… to take action.”

It’s yet to be seen how Zuckerberg responds to receiving this award and how the battle against fake news develops in the future. But, media watchdogs like Media Matters feel strongly that the heads of these major companies must be responsible for their platforms: “If Zuckerberg wants Facebook to be a ‘personalized newspaper,’ he needs to take responsibility for being its editor in chief.”