What Leonardo da Vinci Can Tell Us About STEM vs STEAM

While April 15 is generally known as Tax Day, it also is the birthday of one of history’s great inventors: Leonardo da Vinci.

A pioneer in many fields, Leonardo da Vinci is a great lens through which to view a popular debate — is STEM (science, technology, engineering and mathematics) or STEAM (those emphases with the inclusion of arts) the more important emphasis in school?

But da Vinci’s status as not only a great painter but also a polymath and the grandfather of paleontology puts him at an interesting crossroads in the debate. He reiterated this feeling in a famous quote: “Study the science of art. Study the art of science. Develop your senses – especially learn how to see. Realize that everything connects to everything else.” 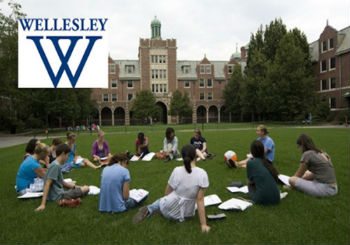 Wellesley College did a study and found a double-digit percentage decline in humanities enrollment and 8 percent decline in social sciences next to a nearly 30 percent jump in math and sciences. But they also found that interdisciplinary courses enrollments went up 18 percent.

When asked what many students regret, Ann Velenchik, the dean of academic affairs there said: “I wouldn’t say it was students’ biggest regret, but when they looked at their academic programs, they wished they had done more arts and humanities.”

If you agree, it’s best to learn more about STEAM education either through supporting a local STEAM nonprofit like Uplift D.C. or through exposing kids to diverse stories of people in STE(A)M fields, whether a small book like my own Edge of Yesterday, an interactive website, or a big motion picture such as Hidden Figures.

Robin Payes is a Maryland-based author, science writer, and consultant in social marketing specializing in health, science and education.