How Instant Messaging & Shared Workspace Are Changing the Way We Work

Whatever your industry, you’ve probably found yourself needed in multiple places at once. If you’re strung out between interviews, meetings, and general day-to-day work, there just isn’t time to make that quick call back to HQ to see how things are going. And, even then, those “quick” calls still involve waiting for the other person to pick up (if they pick up at all).

It’s a whole other story if your business has an instant messaging service like Slack. Instead of a call, just send off a quick message with a few bullet points of what needs to be done. You don’t have to worry about the other person picking up the phone, and there is a record of the information if they need to refer to it later.

In fact, according to a study by researchers at Ohio State University and the University of California, Irvine, people who used instant messaging reported that they felt they were interrupted much less frequently.

“We find that employees are quite strategic in their use of instant messaging,” said co-author R. Kelly Garrett. “They are using it to check in with their colleagues to find out if they’re busy before interrupting them in a more intrusive way.” 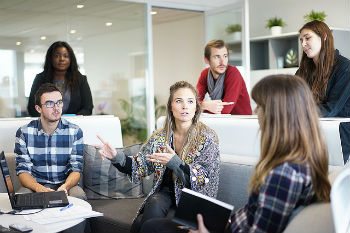 Whereas something like email might be good for a longer, more detailed breakdown of a project that’s being worked on, it’s cumbersome if all that needs to be achieved is a little group input. That’s one area where instant messaging really shines.

“It is not the case that people are engaging in extensive conversations or trying to resolve complex problems over this very limited medium,” Garrett said. “Instead, people are using the technology to solicit answers to quick questions from colleagues and coordinate their conversations at more convenient times.”

As great as these platforms are, you might say, surely we’ll be more distracted by the constant stream of instant message notifications, right? A study by researchers from MIT and IBM suggests otherwise. Comparing the communication patterns of 2,600 employees against their performance in billable hours, the study found that those who maintained constant communication made nearly $600 more than the monthly. As the number of employees becomes larger, it becomes apparent how valuable instant messaging can be for a company.

Part of what makes instant messaging so transformative is its “real-time” functionality. Fluid, multi-person conversations can take place without the need to physically gather in a conference room, away from the work that needs to be done.

This kind of flexibility – whether through something specifically team-oriented like Slack or Basecamp, or through simple text messaging – offers a completely new way to tackle the work day, and as the trend has moved toward using instant messaging as a professional collaboration tool, a larger cultural shift of where we work has begun to appear.

According to a 2013 report from the Bureau of Labor Statistics, “38 percent of workers in management, business, and financial operations occupations, and 35 percent of those employed in professional and related occupations did some or all of their work from home on days they worked.” That’s nearly four times the number of remote workers found in a 1995 Gallup poll. These numbers saw an especially large jump in the mid-‘00s, and it’s very likely that that’s the result of the introduction of free collaboration software like Google’s web-based office suite (which contains Docs, Sheets, and Slides, among others) and the emergence of platforms like Skype. 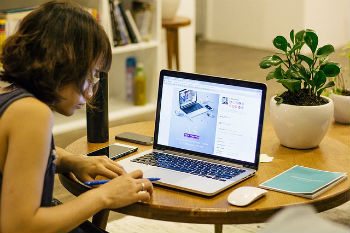 Of course, working from home isn’t for everybody. The comfort is nice, but it can also be distracting. This has led to the emergence of shared workspaces – that is, office-like environments where remote workers can enjoy a professional atmosphere in a casual way.

Denver’s Shift workspaces, or the nationwide WeWork offices, for example, offer opportunities for resource sharing and networking with people outside your usual professional network. It also goes without saying that remote employees are happier, and it’s been scientifically proven that happiness directly improves productivity.

A study by the Social Market Foundation and the University of Warwick’s Centre for Competitive Advantage in the Global Economy in Britain found that happier employees were up to 20 percent more productive, and as companies start to appreciate this fact, happiness will become a larger part of business strategy.

For all their benefits, instant messaging and shared workspaces aren’t always going to be the best options. But where they can be applied, the gain far outweighs the cost. Shared workspaces can keep us happy and productive, and instant communication can keep us connected.

How Instant Messaging & Shared Workspace Are Changing the Way We Work