Secrets aren’t easily kept under wraps in the internet age. Whether it’s a behind-the-scenes political email or a celebrity scandal, we’ve come to expect leaked information on a near-daily basis. However, there are some unexpected consequences of a leak-friendly culture, especially when it involves the trillion-dollar entertainment industry that thrives on hype, buildup, and people actually paying for things. 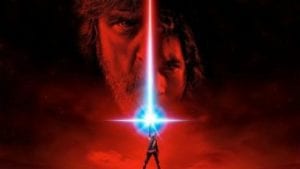 The growing amount of leaked content seems to have snowballed in recent years, with one of the most recent examples being the uber-popular show that people keep telling the author of this article to watch, Game of Thrones. The series is no stranger to illegal viewing, as 2016 marked the fifth year in a row in which the show was the most widely pirated on television. The seventh season especially has been constantly plagued by leaks, with full episodes and even scripts leaked before the premiere.

But it’s not just the destruction of hype that has the entertainment industry upset with these leaks. Piracy costs studios large amounts of money, with billions of dollars lost to illegal downloads. And, according to a survey by Irdeto, only 61% of U.S. consumers actually care that these entities lose money to piracy. So there’s a 39% chance that you’re reading this and feel nothing for the struggling giant corporations.

Even worse, the latest trend has taken the concept of piracy to a whole new level: holding the content for ransom. Earlier this year, a hacking group with the hacky name “The Dark Overlord” held an entire season of Orange is the New Black hostage, threatening to release it if they were not paid. However, even after being given $50,000, the Dark Overlord still released the content online, surprising approximately nobody. 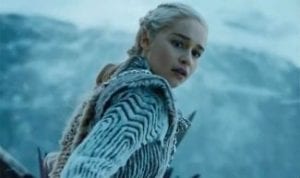 However, that doesn’t mean that these leaks happen without recourse. In addition to the recent arrest of the Game of Thrones leakers, legal action has taken place in a galaxy far, far away. In 2005, mere hours before the release of the film, Star Wars Episode III: Revenge of the Sith was leaked online after an employee had stolen a copy from a postproduction facility. A copy of the blockbuster eventually fell into the hands of Marc Hoaglin, who quickly uploaded the film online. He was quickly charged and even faced up to three years of incarceration at one point.

The new era of leaked media has forced Hollywood to become extremely protective of their intellectual property. Spider-Man: Homecoming actor Tom Holland went so far as to burn his film script to ensure no leaks or spoilers got out. On the set of Star Wars: Episode VII, Mark Hamill was required to wear a cloak when traveling from his trailer to the soundstage, in fear of drone cameras snapping photos. Clearly, major studios are working harder than ever to keep their creative works under wraps. And in an era where piracy is commonplace, information is constantly leaked, and stolen content is available on sketchy websites, can you blame them?