How Kate Gorman is Leading Women in Video Game Development 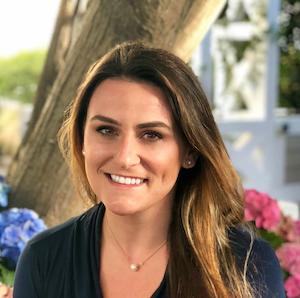 Generating more than 70 billion dollars a year, mobile gaming is an undoubtedly lucrative industry. Its portability and accessibility draws a diverse audience, with women making up more than 60 percent of users. Despite the statistics, the majority of games developed for mobile platforms are still marketed to men, which makes Kate Gorman’s female-targeted games unique.

First person shooter and role playing games continue to dominate the market despite numerous studies indicating women are more inclined to play games in the puzzle or casino genres. According to game analytics company deltaDNA, a female-focused game “has a much greater chance of being profitable than a male-focused one.” Women are more likely to make in-game purchases, making them 44 percent more profitable to the mobile gaming market than men.

This revelation led us to seek out the insights of Kate Gorman, CEO of Fort Mason Games. Her games have a high profit margin, strong playability, and a targeted demographic of engaged female players. “We found, by surveying our own users, that women play games to relax and escape. And so we’re making games with the goal of creating an environment where everyone, but especially women, can relax and escape for a few minutes multiple times each day,” noted Gorman.

Kate Gorman is developing games that encourage users to connect with other players: “Social is first and foremost in all of our games. We’ve actually built this social hub where players can make profiles, interact, and send gifts in a way that you can’t do in any other casino-style game right now. We’re allowing people to create these fun environments that they want to show up to a few times a day.” Fort Mason Games is focused on understanding their audience and creating games that become a part of the user’s daily life.

This philosophy allows Gorman to design games that appeal to both sexes. She says of the company’s strategy, “We have this deep customer empathy where we seek to understand what kind of jobs they work and what kind of day they’re going to have so that we really understand how our game will fit into their lives. It’s not just about male or female, it’s about purely understanding who’s on the other end, who’s playing, and how they’re going to feel while playing our games.”

At 26, Kate Gorman has already had a big impact on the world of mobile gaming. Aside from founding her own company, she’s made hundreds of millions of dollars in revenue for her past employers with casino games like Hit it Rich. Now, Gorman aims to help change perceptions around women in the space. “When girls of future generations look back, they’ll find it hard to imagine that there were ever games that weren’t designed with their interests in mind and that games weren’t part of everybody’s daily lives. So that’s really my goal, is to bridge that gap in the meantime.”

How Kate Gorman is Leading Women in Video Game Development