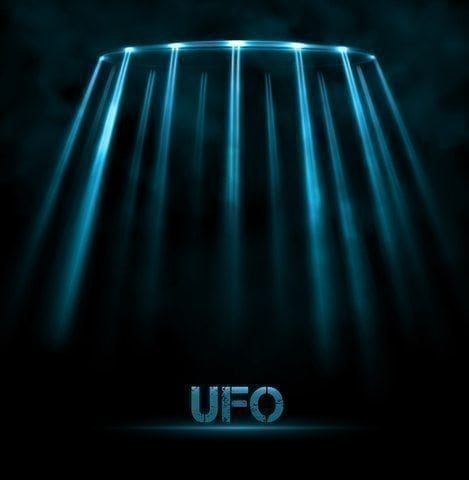 X-Files creator Chris Carter and I met in November 1981 at Surfing Magazine where he was an editor and I was an advertising guy. Surfing’s editors barely tolerated the advertising side, being wary of product pitches that may influence the purity of their writing,
so I learned to keep my distance. But Chris was different, having a curiosity of all things, and would occasionally ask a question or two about what I was up to.

Fast forward a few decades. Chris has not lost any of that inquisitive nature. He’s now running a massively successful company best known for The X-Files television series and films, of which he is the creator, producer, writer, and director. For those who weren’t attuned to the hit series in the late 1990s and early 2000s, The X-Files’s combination of conspiracy theories and technology (sometimes futuristic) made it a forerunner of current highly-rated prime time shows like Scorpion, The Arrow, Fringe, and others.

It was recently announced the cult classic would return for a six-part limited run.

Innovation & Tech Today: With such a lengthy time between the original series ending and the new episodes (thirteen years), much has changed in the world. As you were preparing story lines for the upcoming series, what influences you now and during the first The X-Files go-around?

Chris Carter: Well, everything, as I really try to keep my eyes open and ears peeled. I have lots of ideas, and I always tell people that I have way more ideas than time. You try to winnow your ideas and take the best ones; and once you do have an idea, that is the exciting part. An idea is like something adrift in the ocean. It starts to accumulate matter and living things attach to it, and you hear something or see something or read something or someone says something, and then it seems like everything starts to relate to your idea. It is a wonderful experience when you have a spark of inspiration and then it starts to accumulate, what I would call, its goodness.

I&T Today: Are their any TV shows you specifically like or enjoy?

CC: Almost everything I watch is good while some are great. I actually love everything, and it is rare when I hate something. Mad Men is a masterpiece.

I&T Today: How about religion or spirituality as influencers?

CC: It’s everything; it is the beating heart of The X-Files. I would say The X-Files is a search for God, because it is, and I think science is also a search for God. And I think Mulder is really looking for the mysterious and the Newmanist, which for me was his religious quest. Scully is a Catholic. She wears a cross around her neck, believing in her God, while Mulder believes in a much more New Age God. 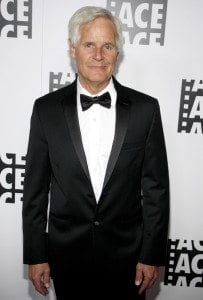 I&T Today: The X-Files had technology in the storylines that was prescient and ahead of the news. Where did that foresight come from?

CC: Well, I can tell you I wish I had been much more of a creative thinker when it came to the digital information revolution, because who could have imagined when we were working on our TRS-80 (Radio Shack) computers that we would be where we are today? We were ahead on The X-Files in science, such as clones, because there were no such things as clones when we were doing clones. We also were ahead on the technology of Transhumanism, which is the idea we are not going to be just human but become more than human by being implanted with nanotechnology, with technology being part of our physiology.

I&T Today: How does technology as a theme come into The X-Files?

We are writing about the ideas of technology and use them as themes in the stories, but we are using the latest advances in technology for our work on the show. I have never written a screenplay on a typewriter, only a computer. I have edited on mechanical analog systems with film, but now everything is edited digitally.The technology has revolutionized the business I work in, particularly now with cameras. An example is that digital camera quality has become so sharp that Quentin Tarantino is saying that movies shot on digital cameras are like watching episodes of television in public.

So there is a technological pushback from artists. Even while the technology has enhanced and facilitated good work, it has also at the same time made us stop and think about the product that comes out of our heads.

I&T Today: So, the upcoming episodes of
The X-Files will be shot digitally?

CC: Good question. Most likely it will be shot digitally. And amazingly, the cost to shoot digitally is no less than to shoot on film as it takes more technicians because you have new people working with your crew that you didn’t have when shooting film. There are big benefits to it as film is not running through a camera, and you don’t process that film then digitize it, as it is digital information from the beginning.

I&T Today: What about other producers you know — what are they shooting with?

CC: A friend of mine just did Breaking Bad, and now he has done a spinoff, Better Call Saul, where the story rolls back in time, which means they have to make people up to look younger. He said they had a lot of trouble with make-up and wigs because the cameras are so sharp you can’t disguise it because you see the make-up and the wig. Problem. Digital cameras are great for NFL football but not so great for what I would call, the world of make-believe.

One of the things I love most about filmmaking is making beautiful pictures, but one of the things I love about those pictures is there is depth of field in them. That to me is where the visual artistry lies in that separation of foreground and background. If everything is in focus, it flattens; and if everything is in focus, as a storyteller, it takes away one of your big tools which is to put something in focus and out of focus to create a value relationship. You can’t do that if everything is equal.

When I set out to do this X-Files series, and as I did on the nine seasons, I have eight days to film an episode. When they were doing shows from the 1960s and 1970s, like Bonanza or The Rockford Files, they had about five days, that’s almost double the time. Those old shows, everything looks flat and not necessarily artistic visually. It’s because they lit them all the same way. They blasted the light because it was easier and faster to do it that way. Now we take a cinematic approach in television, which is to do scenic or cinematic lighting. This is one of the technological revolutions I have seen, even in the time I have been in this business.

I&T Today: How do you use or not use computers on The X-Files?

CC: Editing of course, which is done concurrent to your film schedule. Every episode we do has special effects, and this is very good for your story. When I wrote The X-Files pilot, I gave it to a friend of mine who’s opinion I could not value more, an Academy Award-winning Production Designer who had just done forty-four episodes of Steven Spielberg’s Amazing Stories. He read the script and gave me valuable advice that to make things scary – don’t show them, keep them in the shadows. For two reasons, they’re scarier, and, you don’t have time to show them because you will not have the time and money to create the monster that is much scarier in the shadows. He was absolutely and exactly right. As far as The X-Files, everything about the show is dark, except Scully’s point of view which was light, and his advice saved me. Saved me! There is lots of great technology out there, but I don’t use it for these two reasons – you don’t have time and money to use it, and it’s better not to use it. It is generally better for the viewer to have to use their imagination.