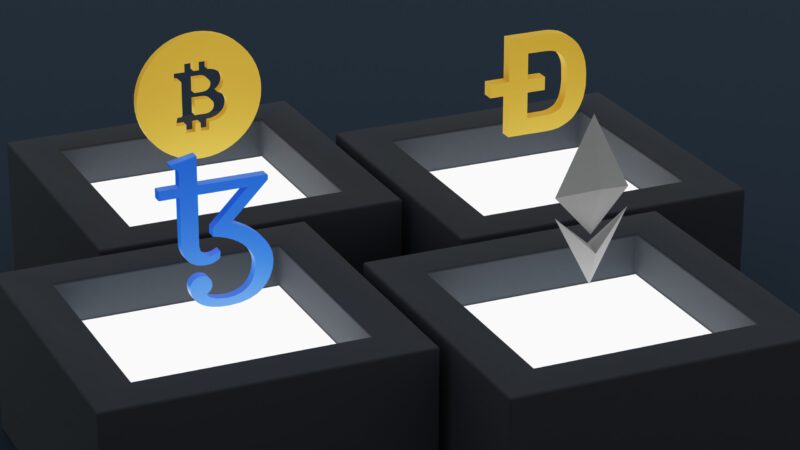 Innovation & Tech Today brings you the debut of Inno[Web3], the newest Web3 division of Inno & Tech’s growing portfolio of news coverage throughout the technology sector.

The inaugural edition recaps conversations you may have missed from ETHDenver, SXSW, and NFT LA.

During ETHDenver 2022, Gov. Polis revealed more behind his plan, announcing that Colorado residents will be able to pay their state taxes in crypto by the middle of 2022.

As Colorado is restricted in what assets it can hold, Gov. Polis says that the state will be looking for companies who are willing and able to handle the actual crypto transactions, so as to prevent any speculative risk the state could face in holding those funds.

This move will make Colorado the “first digital state” in the country.

Should There Be a ‘Capital Gains’ Holiday?

Palo Alto City Council member Greg Tanaka spoke at ETHDenver 2022 and shared his beliefs on why the U.S. should implement a capital gains holiday whereby an individual sells their Bitcoin and converts it to USDC, Tether, or AVAX. Having no capital gains at all would allow the nascent crypto industry to flourish.

Tanaka, who was re-elected to the Palo Alto City Council in November 2020, recently announced his intention to run for U.S. Congress for the 18th District, challenging long-term incumbent Anna Eshoo and the seemingly anti-crypto perspective surrounding crypto’s infrastructure and utilization.

Constellation Labs co-founder Benjamin Diggles told attorney and Web3 reporter Andrew Rossow that lawyers could be the unsung heroes of Web3 as we continue navigating through regulation and compliance.

Constellation Network is a Web3 blockchain ecosystem launched in 2017 that bridges crypto economies with traditional businesses.

Diggles, who also runs business development for Constellation, says he spends about 64% of his time with federal engagements, working primarily with the U.S. Transportation Command (USTRANSCOM) – one of 11 unified combatant commands of the U.S. Department of Defense, in helping educate regulators wrap their heads around governance and smart contracts.

He explained the era we are in right now is not a “new internet.” Instead, it’s a “mulligan,” where we have the chance to rewrite the rules and empower individuals within these networks to be better than they were before – similar to the “dot com bubble.”

Web3 Founders Should Be Focused on ‘Longer Vesting Schedules’

Binance Labs, the venture capital and incubation arm of Binance, is a chain agnostic investor which spends about 80% of its time focusing on token investments and 20% on equity.

Binance Labs investment director, Ken Li, says the company pays a lot of attention to tokenomics investing schedules. According to Li, Binance Labs has noticed that as the bull cycle gets bigger and bigger, vesting schedules typically get shorter and shorter.

For the company, it’s a red flag when they see 18-month or 2-year vesting schedules. It prefers to see schedules around 10-years, as it shows the founder is committed to the project.

You Don’t Have to Own the Infrastructure for Blockchain Anymore

The company’s growth operations lead Rich Cuellar-Lopez says that we as an industry are past the hurdle of network congestion, rising gas fees, and ultimately a crashed network.

Instead, he says that we no longer need to “own” that infrastructure, but instead, “route it” – through pocket nodes, to create a truly decentralized network.

In February, the company revealed that it broke its 30,000 node milestone, jumping 3,000% from 10,000 to 30,000 nodes – whereas, Bitcoin only has around 15,000 nodes. In hosting thousands of these nodes, other blockchains can access these node services via an API.

With the industry now turning its attention toward the metaverse, many artists are wondering if history is bound to repeat itself as its historically broken infrastructures (Entertainment 2.0) start to seep into Web3 and the metaverse, once again, at the expense of underrepresented creatives.

It’s for this reason that we are now heading toward a parallel entertainment sphere, known as ‘Entertainment 3.0.’ By flipping the hierarchy to a ‘bottom-up’ perspective, native businesses, apps, and talent can start and evolve in Web3 with the cushion of Web2 resources.

In other words, we don’t need to be bringing Web2 talent over just yet; this is a chance for the “new kids on the block” to come in and have a chance to be discovered and taken seriously.

From Web3 record labels and metaverse talent agencies to royalty-free licenses, the entertainment landscape is about to get pretty exciting and immersive, which includes its historical vault of intellectual property.

The Return of Limewire Marks a Massive Change in P2P Marketplaces

With the return of LimeWire, the creative landscape may finally be on the right path toward minimizing piracy and intellectual property theft, as new native Web3 music streaming platforms reveal themselves to their respective communities.

Back in March, the infamous peer-to-peer (P2P) file-sharing platform Limewire announced it would be returning, but this time, taking the form of an NFT marketplace.

LimeWire’s ultimate demise came in October 2011, with a $105 million out-of-court settlement between its founder and a voluminous list of major record companies, including the Recording Industry Association of America (RIAA).

Get Ready For ‘Wallet-Aware’ Technology

In March, Impact Theory founder Tom Bilyeu joined Web3 advisor and 8Commas founding partner Nicole Behnam at NFT LA for a fireside chat on ‘wallet-aware’ technology, and the role Web3 will play in the future of entertainment and gaming.

Bilyeu, detailed his theories on where Web3 is headed and his coining of the term ‘wallet-aware,’ as he explained how breaking away from our skeuomorphic views can help illuminate the true power Web3 can have for highly-interactive gaming experiences.

Based on the NFTs and other items in your wallet, Bilyeu says that he is able to know something about the individual – triggering an experience based on the fact the tech is aware of what’s in the wallet.