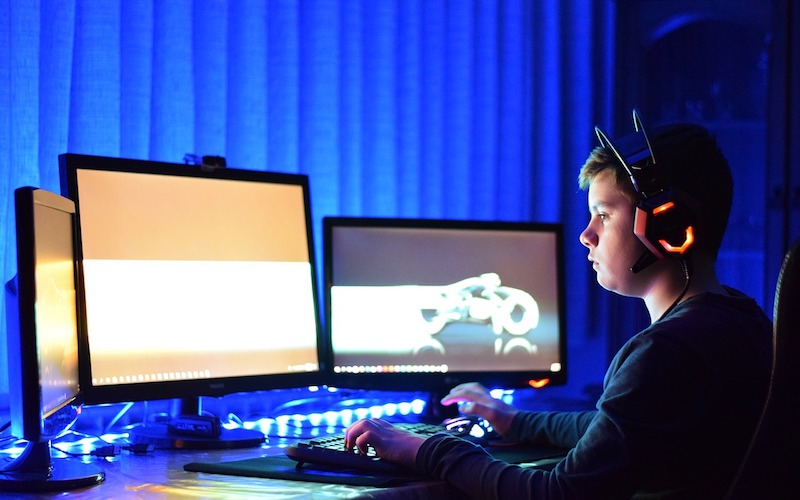 What would happen if the world’s 1.2 billion gamers were able to data mine, and from that, have a greater ability to pay for the assets, weapons, tokens and other in-game purchases they need to prevail? What if the mining happened while they slept? Gaming world, meet cryptocurrency, meet blockchain data mining. Best of all? Gamers don’t have to know a thing about blockchain mining, according to Martin Speight, CEO of Gaimin, which first announced the blockbuster disruptive software in May.

“We want to give gamers throughout the world the ability to go deeper into their games and fund their passion, their expensive hobby,” Speight said. “Since gamers are not miners, and miners are not gamers, we’ve created a solution that allows passive mining to happen on their PC computer as they sleep or take a break. Our solution works with exponential networking — friends referring friends. If six people each tell six people about our solution, and they tell six people…”

Gaimin uses an AI-powered platform to tap into the power of gaming computers to blockchain mine. In so doing, users receive additional coins while their computer does all the work. The one-stop-solution for accumulating passive income in crypto automatically turns on after a period of inactivity, and automatically shuts off when the user interacts with his or her computer. All earnings are exclusively converted to Bitcoin and Ethereum, using historical data and annual trends as motivators.

The key to the solution is hash power, the unit of measure that shows how much power Bitcoin is consuming over increments of time, the standard being ten minutes, to find “blocks” of data and be continuously functional. According to Gaimin COO Clive Aroskin, the more savvy blockchain miners can accumulate so much hash power that they gain advantage in whatever market they’re mining.

With Gaimin’s solution, the goal is for the hash power of gamers to grow passively, but also to be more decentralized and evenly distributed.

“The way we’re bringing this to gamers is to work with the dynamics and environment they operate in,” Aroskin said. “That includes in-game purchases and working with the massive multilevel player concept.”

Which brings in hash power. “When gamers use this solution, and make referrals to expand their network, and ours, we give them 10 percent additional hash power so they can buy more assets,” Speight said. According to a company press release, progress is presented with creative gamification mechanics, making it functional and practical to mine, and easy to calculate how much mining is required to get a new game, skin, or other low-cost digital goods from their platform.

Given the massive networking and referral components of Gaimin’s software, it stands to reason they introduce and begin marketing through the two online communications mainstays of the gaming world, Twitch and YouTube. “If all you ever did was advertise on Twitch, it’s more than enough,” Speight said. Yet, Gaimin isn’t stopping there. Another part of the first-phase rollout is building inroads through company advisers, almost all titans in the computing, banking, and crypto worlds. “We have an adviser from one company that has seen 350 million game downloads, and 27 million monthly users,” Speight said.

In true 21st century form, Gaimin’s operations stretch throughout Europe, with various operations in Spain, Israel, Ukraine, the U.K., and Switzerland. Gaimin is developing relationships with gaming companies and conventions for their services, which will go to the more than 100 countries that have significant gaming communities.

The solution has the potential to transform the cryptocurrency mining industry. Certainly, it’s bringing gamers a lot deeper into the benefits of blockchain mining.